Prospective Atlanta homebuyers waiting on the sidelines for home prices to deflate throughout the COVID-19 pandemic could be kicking themselves—at least so far.

Data released today by Georgia Multiple Listing Service indicate the astonishing rate of home price increases has shown no signs of abating yet across Atlanta’s 12 core counties, with median homes sales bursting above $400,000 for the first time.

Median home sales prices for May have clocked in at $415,000 to date, according to GAMLS. [CLARIFICATION: As GAMLS reps point out, this number is fluid and will likely change by month's end.] 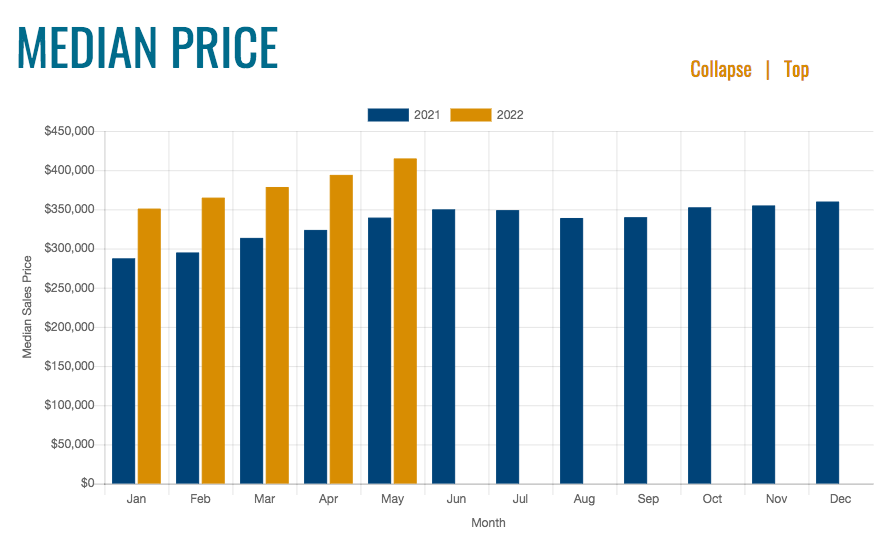 The sheer number of new home listings, meanwhile, has been down each month in 2022, dipping 15.3 percent between April and the previous year, per GAMLS.

Other eye-opening changes in the GAMLS housing market snapshot: Median home prices had ballooned almost 22 percent between April 2021 and last month. Meanwhile, the number of residential units sold (6,431) was down about 15 percent.

The Atlanta Metropolitan Statistical Area, comprised of 29 counties, paints a broader picture as to how much housing options have plummeted in the region over the past four years.

In March 2018, the MSA counted more than 16,300 active residential listings; by this March, those counts had dwindled to 6,700—a historically low supply. 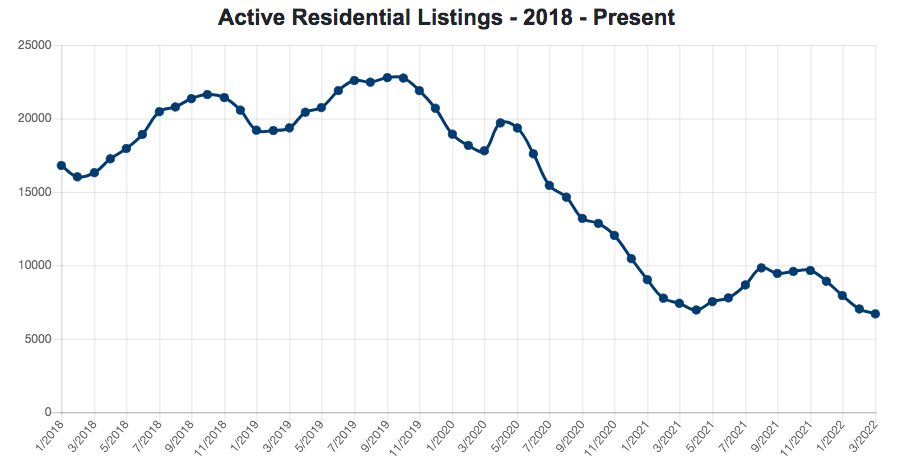 A broader outlook for the number of available homes the past four years across the 29-county Atlanta Metropolitan Statistical Area. GAMLS

Of course, the numbers have yet to fully reflect the impact of rising home interest rates, as the federal reserve has enacted rate spikes of more than 2 percent in recent months as a means of taming inflation.

Even a 1-percent rate increase will add $477 to a monthly mortgage payment for someone who borrows $400,000—i.e., the new normal in metro Atlanta. And it only goes up from there.

According to Zillow, the average APR on a 30-year, fixed-rate mortgage stands at 5.5 percent, as of this morning.

The rate for a 15-year fixed note has remained at 4.5 percent, while the average APR for a five-year, adjustable-rate mortgage fell today by 3 basis points to 3.669 percent, according to rates provided to NerdWallet by Zillow.