As part of its revitalization efforts and tactics to bring new crowds of visitors downtown, Underground Atlanta’s ownership group has signed a proven (if temporary) entertainment concept to consume a portion of the iconic property in tribute to the Halloween season.

Beginning Friday, Sept. 16, Underground will host a haunted house—nay, an “immersive theatrical experience”—called “Save the Video Store 2.0” that pays homage to the Y2K era when Blockbuster video and movies such as Scream were pop culture stalwarts.

It’s being put on by production company Into the Film, following a run in Marietta described by Underground official as “wildly successful.”

The 90-minute Underground incarnation will run for a month as a “combination of campy nostalgia, interactive theater, and escape room,” as guests find themselves in iconic scary movies of the late 1990s and early 2000s. A pop-up called Moviebuster will serve nostalgic drinks before and after the shows for guests.

Underground owner Shaneel Lalani, CEO of Lalani Ventures, said the Halloween activation will be another immersive concept that takes advantage of the unique setting. 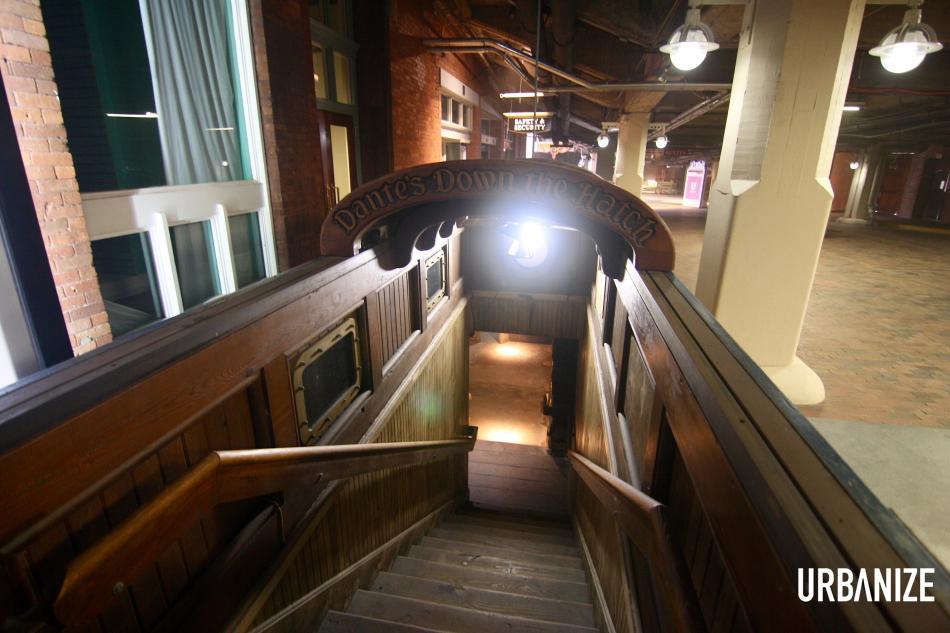 Entrance to the former Dante's Down the Hatch restaurant and nightclub, as seen during a property tour in August last year. Josh Green/Urbanize Atlanta

The brewery hopes to open later this year, officials said in July.

“We’re passionate about introducing immersive and entertaining experiences like ‘Save the Video Store’ that bring life back to Underground Atlanta,” said Lalani in an announcement this week. “Underground Atlanta has always been a hub for entertainment in the city, and it’s our priority to attract these unique concepts as we continue larger activation efforts.”

Into the Film’s previous curated horror experiences included a 2017 production that put guests in 1880s Paris as part of The Phantom of the Opera-themed “A Night at the Opera.”

Cofounders Erik Mihlsten and Alena Geffner-Mihlsten call Underground “the perfect location to thrust an audience right into the action at the intersection of film and theater,” with a boost from “the massive growth of the film industry in Atlanta over the last several years.” 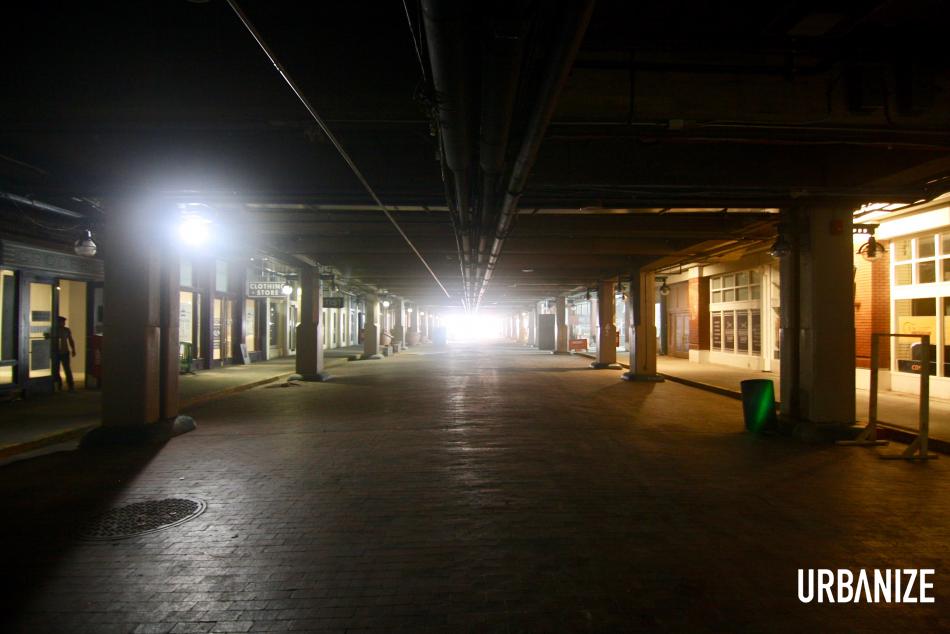 “Save the Video Store 2.0” will run from Sept. 16 to Oct. 16 at Underground’s Moviebuster pop-up, with general admission tickets priced at $39. It’s rated PG-13, and anyone under 13 must be accompanied by an adult.

For a much deeper (and mildly spooky) dive into the corridors of Underground as renovations began last summer, have a gander at our photo essay over here.