Since back when it was called Pinewood Forrest, the Fayetteville master-planned utopia with a creative and green bent that’s become Trilith has always envisioned a boutique hotel functioning as a cornerstone attraction.

Five years later, the process of bringing that piece to fruition has officially begun.

Trilith Development has broken ground on a hotel that will join Marriott’s Tribute Portfolio and become what project leaders envision as a “flagship destination” for both overnight guests and industry types who need to lodge a little longer. 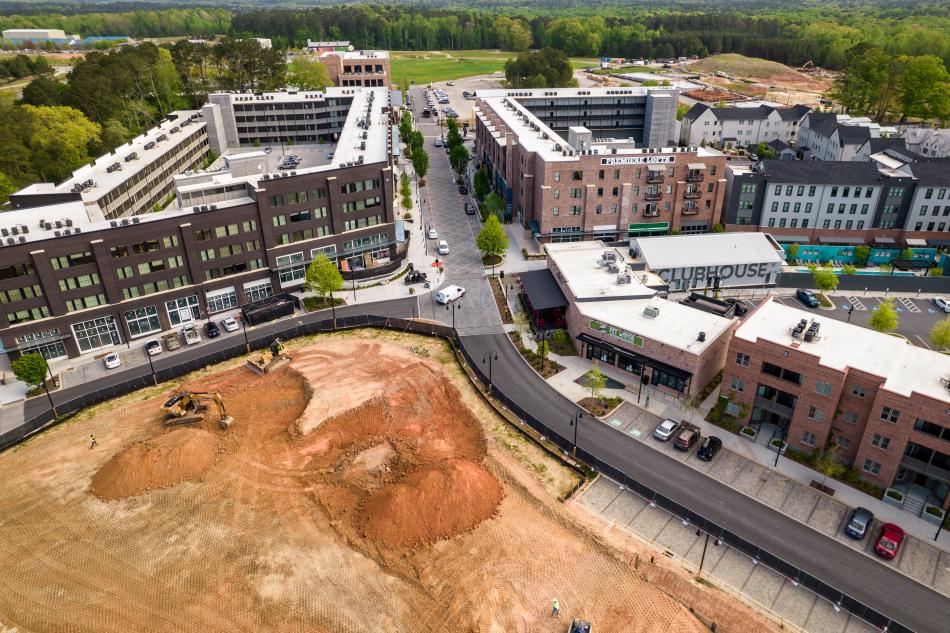 Where the hotel project has broken ground in the commercial heart of Town at Trilith, a 235-acre masterplanned community in Fayetteville.Courtesy of Trilith Development

Located about 30 miles south of downtown Atlanta, Trilith is designed as a 235-acre community for artists, storytellers, makers, and other creatives next to Trilith Studios, the second largest production studio in North America. Its Town at Trilith section has sold more than 200 homes since breaking ground in 2017.

The 193-room hotel component, a partnership with Mainsail Lodging & Development and Development Ventures Group, is scheduled to open in fall 2023. More details about its brand will be revealed this summer, Trilith reps relayed this week.

The property will also feature 36 units designed more like apartments—from studios to two-bedroom suites, each with full-sized refrigerators and separated living areas—geared toward “a new category of professional traveler seeking flexibility, freedom, and exclusivity,” according to a media release.

At street level, the hotel will include a restaurant and “dramatic bar setting” overlooking an events lawn. Up top will be a fifth-floor, rooftop bar. 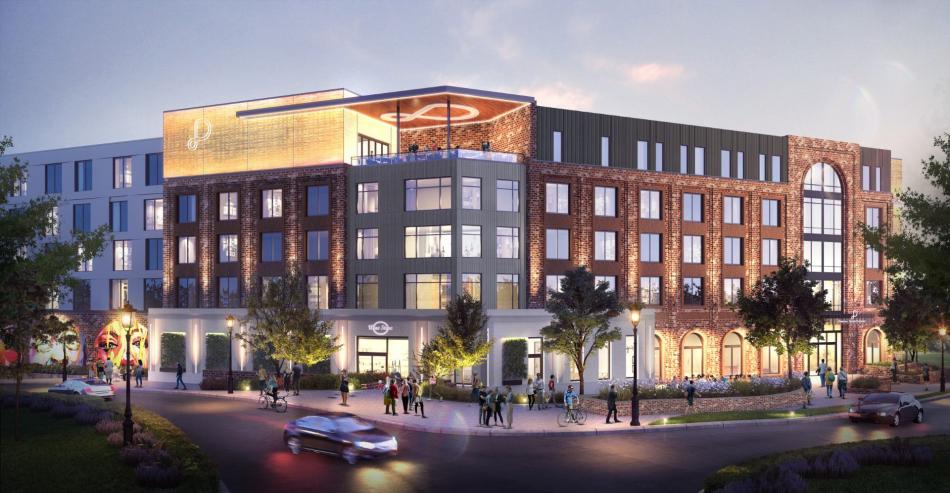 Rendering of the Trilith "flagship destination" that's scheduled to open in fall next year. Courtesy of Trilith Development

Trilith has been designed to recall a European Village in both form and function, incorporating walkability, park access, and unique architecture that stands apart from humdrum subdivisions around the metro. Across the street, blockbusters such as Avengers: Endgame, Ant-Man, and Spider-Man: No Way Home have filmed at the 1,000-acre Trilith Studios.

Head to the gallery for a look at where the boutique hotel will fit, and how a town that’s redefining south metro living continues to come together.