Six years after it broke ground, a relatively large townhome venture along densifying Memorial Drive is gearing up to launch its third and final phase, to include some units locked in at more affordable sales prices, the development team tells Urbanize Atlanta.

The project—originally called “The Moderns at Sugar Creek Mill” but later shortened to simply “The Moderns”—has been taking shape since 2016 in the 2000 block of Memorial Drive, where Kirkwood meets the DeKalb County neighborhood Parkview.

The 62-unit Cablik Enterprises development is one of the easternmost projects in the offing—of dozens under construction now or delivered in recent years—in the Memorial Drive corridor between East Lake and downtown. 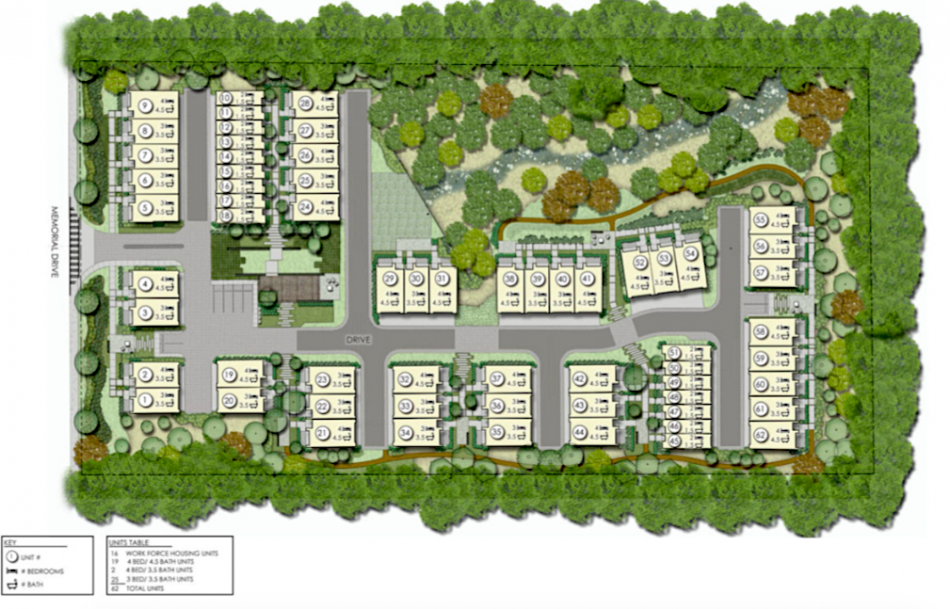 Following delays with the county, the project has received permits to build its final 31 townhomes, to include seven smaller units considered workforce housing, according to Allen Snow, an Atlanta Fine Homes Sotheby’s International Realty associate broker.

The larger homes will have three bedrooms, three and ½ bathrooms, and full rooftop decks in roughly 2,500 square feet, with prices in the mid or high-$600,000s, Snow said.

Pricing for the workforce housing options—two bedrooms, two and ½ bathrooms, and about 1,500 square feet with rooftop hangouts—has yet to be determined, said Snow.

As designed by TSW Architects, each townhome is four stories with a deeded, fenced yard. 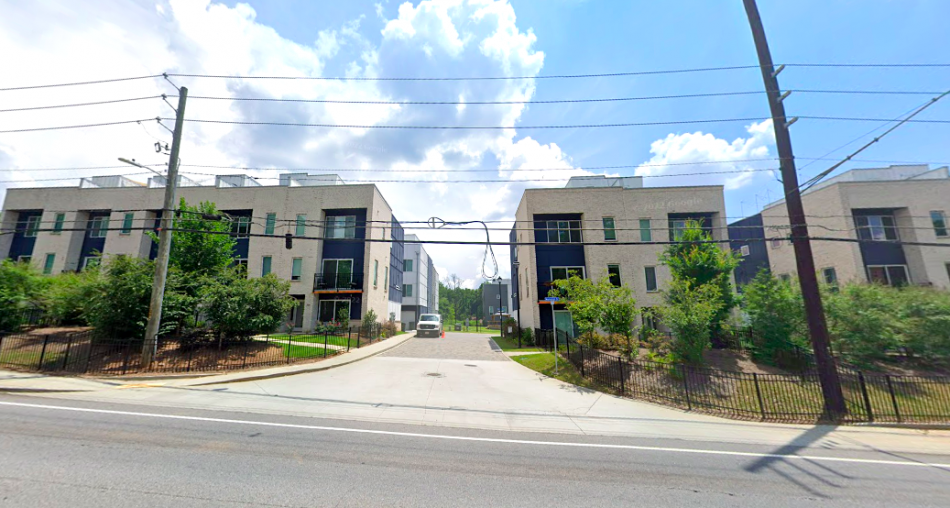 The site is home to a tributary that snakes through the property, which in the 1800s played host to several paper mills. More recently, it’d been a landfill.

Sugar Creek was brought back to the surface and worked into the community as an amenity, sales associates have previously said.

When it first started coming to market, the larger Moderns units were priced in the mid-$400,000s, and the skinnier, smaller, foot-in-the-door options in the mid-$200,000s.

Mosey up to the gallery for a closer look and more context.