For Giovanni Hobbins, it started as a simple idea a year ago: He’d create more outdoor space, as the COVID-19 winter crept in and social activities were limited, by putting a backyard on the roof of his Parkview house.

The neighborhood, which borders Kirkwood in DeKalb County, isn’t the contemporary-house hotbed that other eastside places have become, but Hobbins wasn’t afraid of standing out.

Built in 2017, the three-bedroom on Fairway Hill Drive had been designed with a flat roof capable of handling foot traffic—and an exterior staircase leading up to it. But as unfinished space, it was rarely used. 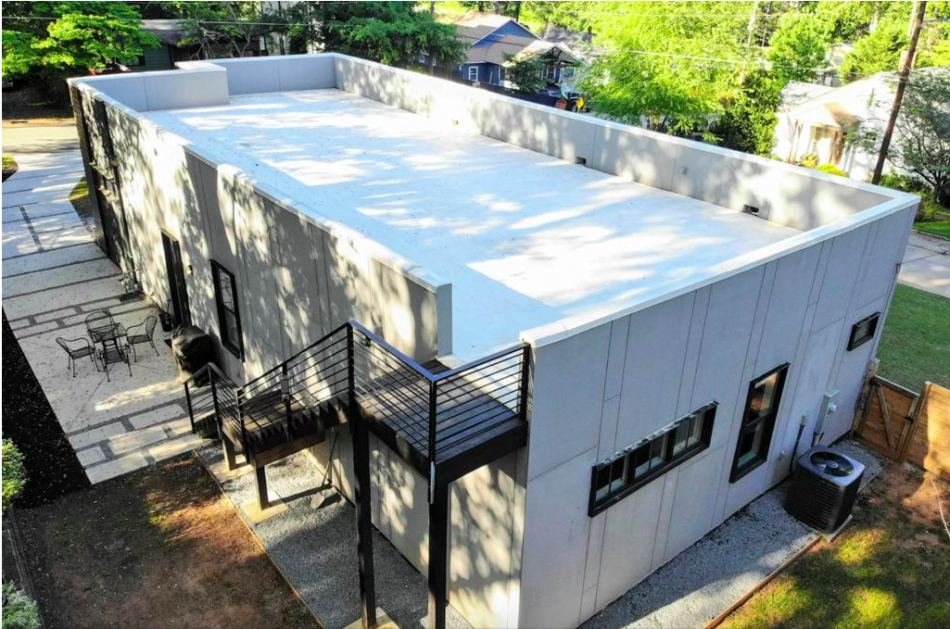 The rooftop was accessible via an exterior metal staircase before but was rarely used—mainly as a hangout for cats, or yoga sessions in the sun. Courtesy of Giovanni Hobbins

Hobbins, who’d bought the home with his wife earlier in 2020, has a background in software and design—skills he used to draw up plans for a versatile, partially shaded hangout high above the street. The home’s original builder, Chad Mercer, came aboard with contractors.

Following delays related to lumber and other supply shortages, construction started in earnest this week a year ago and was wrapped up once painting and staining could happen in April. 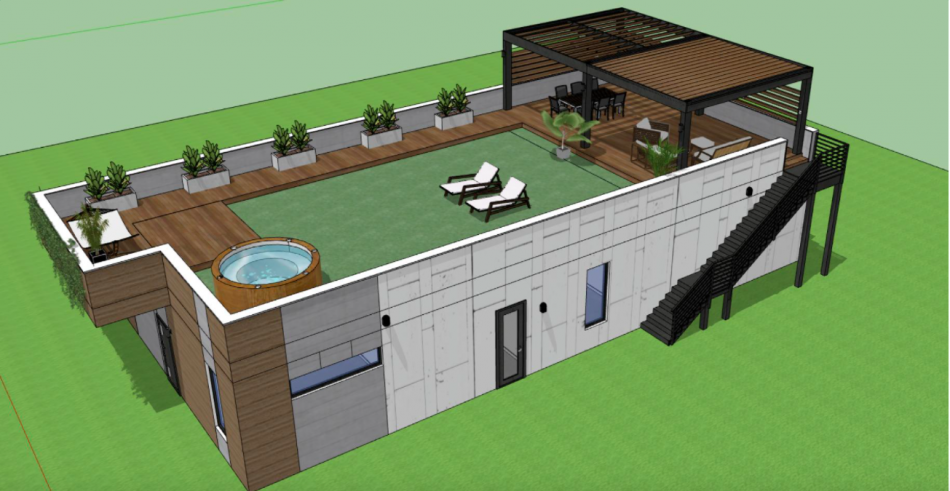 The early plans included a rooftop hot tub and plantings around the parapets. Courtesy of Giovanni Hobbins

The resulting space spans 1,800 square feet with shade, privacy, and ample drainage, Hobbins says. A pergola with seating and a grill is connected to a smaller sundeck via a raised walkway. In between is a turfed area for lawn games, lounging in the sun, or pet frolicking.

Hobbins says the all-in rough costs for everything from electrical wiring to furniture was $40,000.

One highlight so far: A birthday party staged on the roof with a live band and neighbors in attendance. 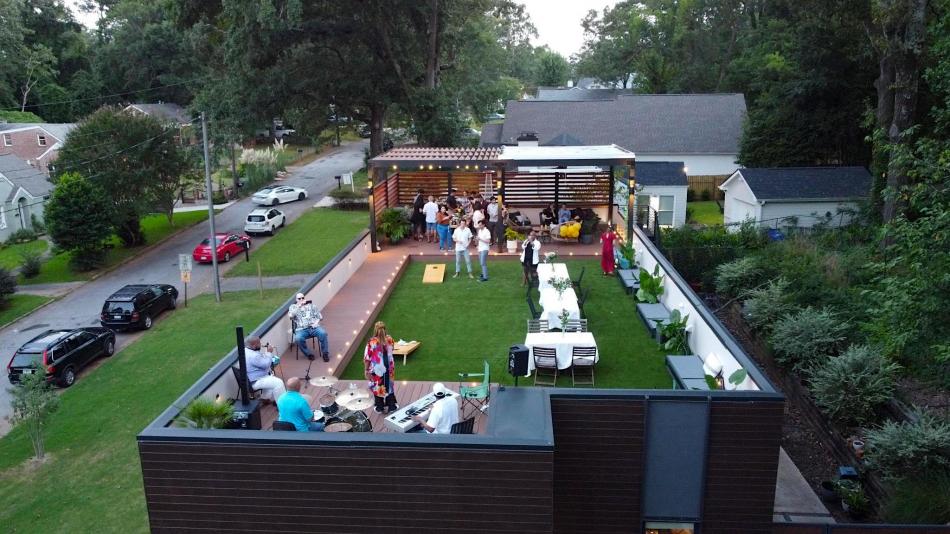 A live band on the roof to celebrate Hobbins' wife's birthday with neighbors. Courtesy of Giovanni Hobbins

“The neighbors think it’s cool,” says Hobbins. “We get a lot of folks staring on their walks and asking to see what's up there.”

In the gallery, have a closer look at how this example of elevated backyard living came together.