In the blocks surrounding Georgia State University’s Center Parc Stadium, roughly 1,200 apartments and townhomes have opened—or are under construction now—since the Braves decamped for Cobb County five years ago.

Called The Towns on Fraser, the project was designed by TSW architects and is being built by Cablik Enterprises. It’s managed to fit the half-dozen units onto a sloping, .19-acre site in the shadow of Georgia State’s football stadium, the Braves’ former Turner Field. 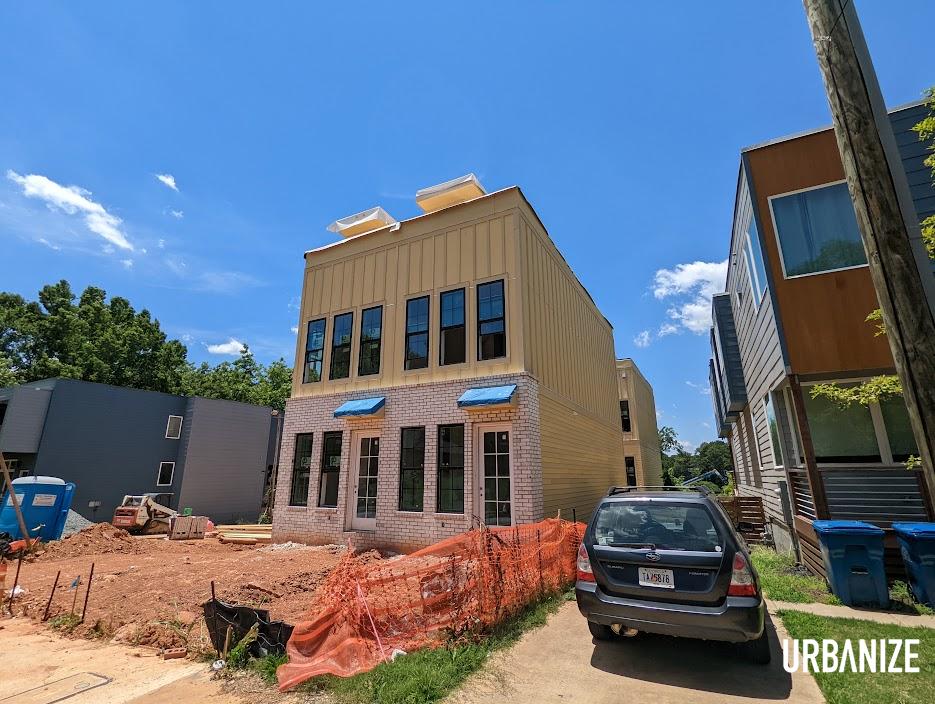 The townhome property is bordered by modern-style housing a block from the former Turner Field. Josh Green/Urbanize Atlanta

The project is finishing construction roughly two blocks from Georgia Avenue, where a flurry of restaurants and retail has been established as part of Carter’s 80-acre redevelopment of the previously moribund commercial district.

All six townhomes stand four stories, including roof decks spanning the length of buildings, with two bedrooms, two and ½ bathrooms, and one-car garages. 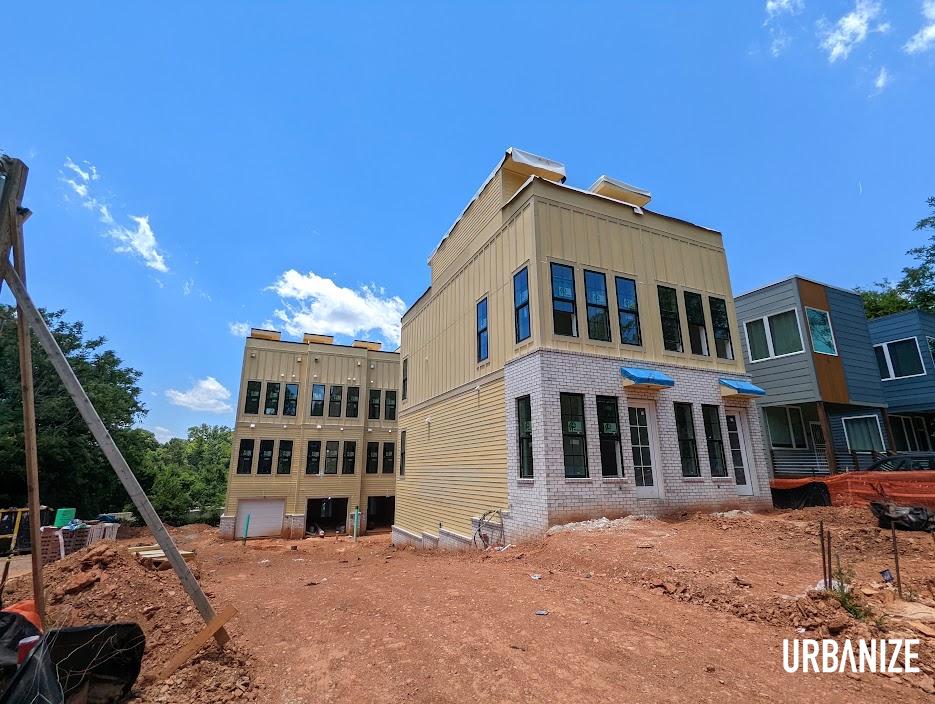 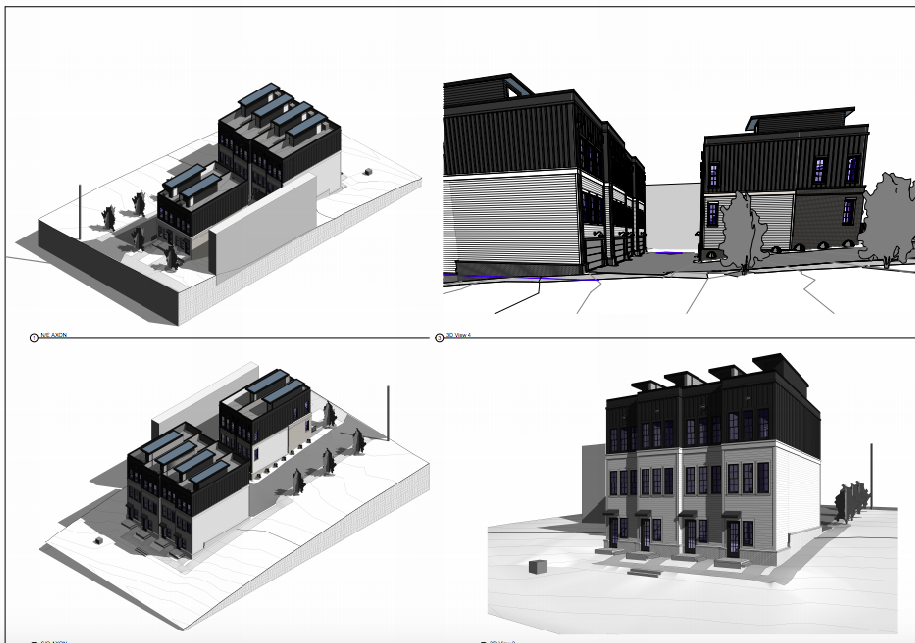 Overview of the project and its fourth-floor roof decks. TSW Architects

When the project was initially floated, plans called for smaller townhomes to start in the $300,000s. As with other boutique projects around the city, however, spikes in labor and material costs, coupled with Atlanta’s heating market, prompted significant price adjustments.

In nearby blocks, ongoing projects include the next phase of 100 townhomes by Hedgewood Homes, part of Carter's broader Summerhill development; a 30-townhome project by Empire Communities called Lovetree; and a 325-unit apartment complex that recently began leasing, Alexan Summerhill, by Trammel Crow Residential.

The Towns on Fraser project is on track to open later this summer, according to listings. Have a closer look in the gallery above.