As springtime has blossomed across Atlanta, the full-capacity return of hallowed city traditions such as the Dogwood Festival and Inman Park Festival has lent a welcome sense of normalcy.

But there’s been a glaring absence so far: no Atlanta Streets Alive.

According to legislation recently introduced to the Atlanta City Council, that could change, and Streets Alive would make a comeback in more frequent intervals, albeit on a fixed route.

As introduced April 18 by councilmembers Amir Farokhi, Jason Dozier, Liliana Bakhtiari, and Matt Westmoreland, the measure would close Peachtree Street to vehicles for Streets Alive programs and full pedestrian and bicyclist access one Sunday a month for four hours. 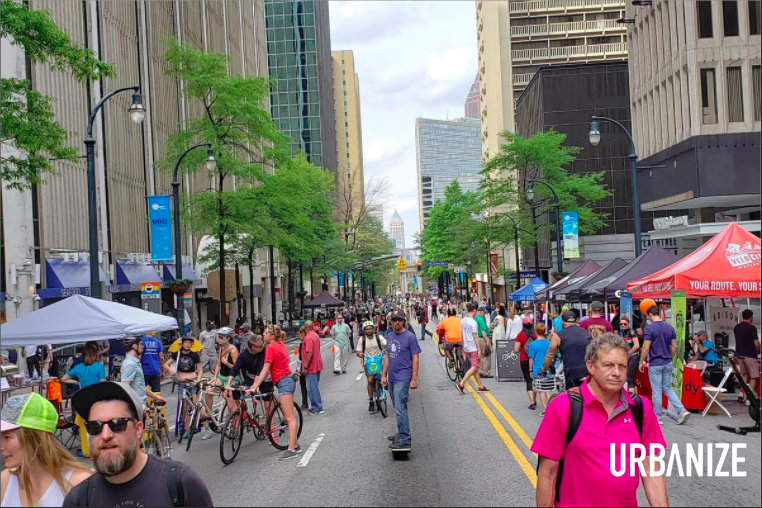 The Streets Alive events, as proposed, would extend from Mitchell Street downtown to 14th Street in Midtown near Colony Square, temporarily opening the three-mile corridor to people between 2 and 6 p.m. It’s being called the “next era” of Streets Alive, and would last for 12 months.

But the car-free Peachtree Street celebrations wouldn’t begin until January 15 next year.

Why the delay? Per the ordinance, which was referred without objection last week for transportation committee review, the Atlanta Department of Transportation would be taking the reins of planning each event and accommodating healthcare providers, businesses, and cultural institutions along the route.

Delaying the return of Streets Alive until January would allow ATLDOT time to plan, coordinate with stakeholders, and secure the estimated $2 million that a year of street-closure events is expected to cost, per the ordinance.

On-street parking revenue and a dedicated fund for Streets Alive overseen by ATLDOT commissioner Josh Rowan would cover the costs, according to the proposal.

Atlanta Bicycle Coalition—the originator of Streets Alive and driving force behind each event for a decade—would be considered an ATLDOT partner, along with groups such as Midtown Alliance and Central Atlanta Progress.

The three-mile Peachtree Street route would be optimal, according to the legislation’s authors, because it links together two of the city’s densest neighborhoods and is accessible from six different MARTA stations. 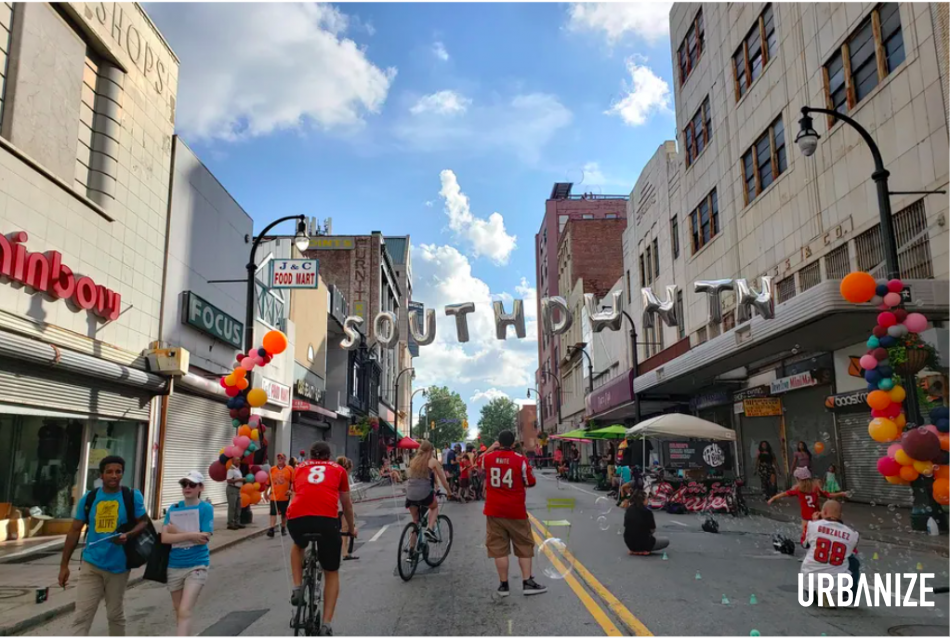 Peachtree routes were among the most attended and frequently staged of Streets Alive events over the years. Crowds often topped 100,000, as estimated by volunteer counters.

After humble beginnings in 2010, Streets Alive opened up roadways for a few hours on Sundays, three or four times per year, prior to its pandemic-induced hibernation in 2020. Large-scale events drew about 1.7 million people, collectively, to car-free routes across Atlanta, from Lake Claire to West End and the southern reaches of Buckhead. The only consistent complaint, organizers have said, is that it didn’t happen often enough.

A previous ordinance that emerged last fall—as supported by Atlanta Bicycle Coalition and six cosigners on the city council—proposed opening up Peachtree to Streets Alive every Sunday, but it later dissolved.