The Shepherd Center is bolstering its footprint on Peachtree Road in a way the Buckhead hospital says will allow more patients and their families to receive world-class care and accommodations.

At sites on both sides of Piedmont Hospital’s glassy new 16-story Marcus Heart and Vascular Center, the Shepherd Center has officially broken ground for construction of two buildings on the western side of Peachtree, among the medical complexes atop so-called Cardiac Hill. Both are made possible by contributions from Home Depot cofounders and philanthropic titans Arthur Blank and Bernie Marcus.

The new buildings are part of a $350-million campaign to benefit Shepherd Center patients and families called “Pursuing Possible.” 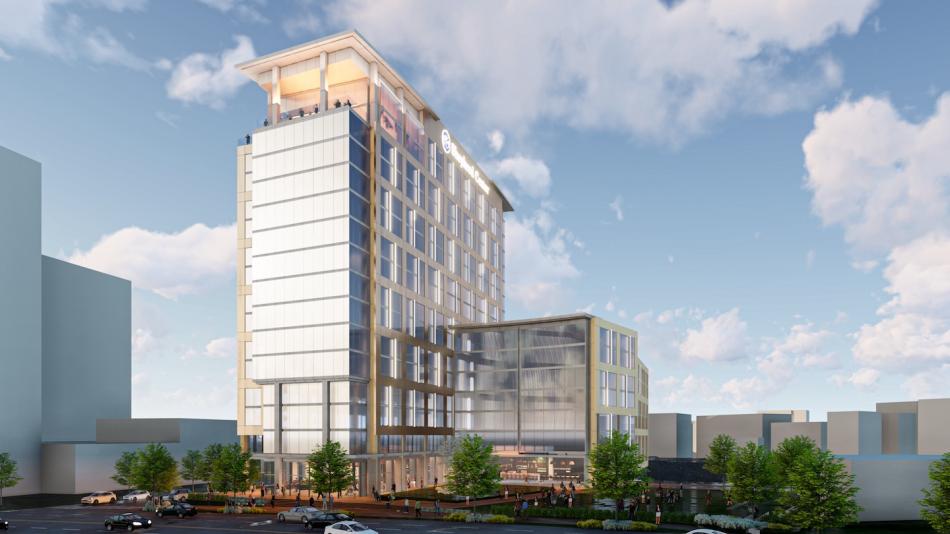 The southernmost tower, located at 1860 Peachtree Road, will be called the Arthur M. Blank Family Residences, following a $50-million capital grant from the Atlanta Falcons and United owner’s family foundation.

It’s replacing the former restaurant buildings long occupied by Uncle Julio’s and Ted’s Montana Grill, which were razed earlier this year. The residential tower will allow Shepherd Center to add 160 new apartments and more than double its capacity for housing day-program patients and families whose relatives are grappling with spinal cord injury, brain injury, stroke, chronic pain, multiple sclerosis, and other neurological ailments.

The goal is to ease the financial burden on families who would otherwise have to find lodging elsewhere in Atlanta, per Shepherd Center officials. More than half of patients currently come to the center for treatment from outside Georgia.

“We hope that having a safe, accessible place to call home here in Atlanta while they are away from their own homes will help lift the incredible burden of these types of trauma in some small way,” said Arthur Blank in a prepared statement, “so that families and patients can focus on their healing and each other at a time when that is the most important and most needed.”

Meanwhile, a couple of blocks north at 2060 Peachtree Road, the new Marcus Center for Advanced Rehabilitation is moving forward on Shepherd Center’s main campus. (The new Heartis Buckhead tower stands directly across the street from that site, and a section of the BeltLine's Northwest Trail is now expected to be built immediate to the north.) 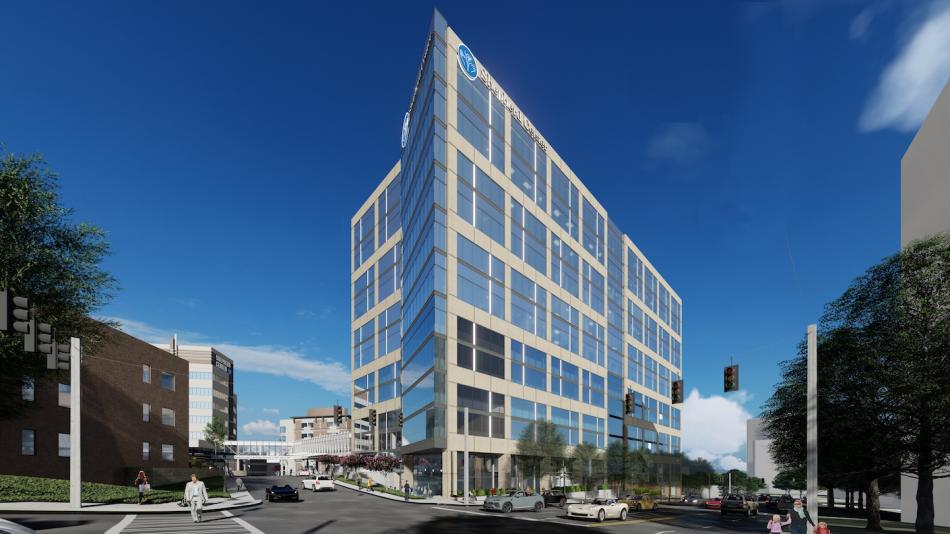 Planned facade of the new Marcus Center for Advanced Rehabilitation on Peachtree Road. Rule Joy Trammell + Rubio is the architect and interior designer for both new Shepherd Center buildings.Courtesy of Shepherd Center

That building will include a 30,000-square-foot Innovation Institute. A dedicated clinical lab on site will test new treatment ideas, according to Shepherd Center officials.

An access bridge is also being constructed to link the Marcus-Woodruff building to the new rehabilitation center. It'll feature an uplifting quote by the late James H. Shepherd Jr., a Shepherd Center cofounder. 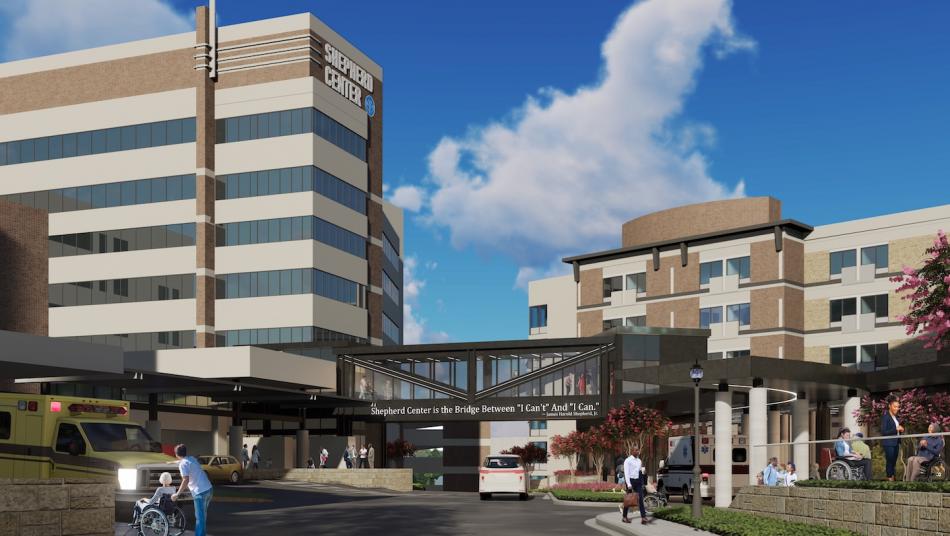 As is, the Shepherd Center provides care to about 900 inpatients and 7,100 outpatients per year. But space and availability constraints mean the facility can provide housing to families for only 30 days—about half the length of patients’ average stays. For now, the center has 84 housing units on campus and 36 more nearby.

The campaign is expected to continue into 2025—the same year that’ll mark Shepherd Center’s 50th anniversary.

Find more context and renderings in the gallery above.