The NRP Group, a Cleveland-based company founded in 1994, revealed plans for a 211-unit project called Colgate Mattress Lofts during a public event this past Saturday.

Ranging from one to three bedrooms, the apartments would replace a longstanding warehouse at 779 Fulton Terrace SE that houses the Colgate Mattress company, producers of crib mattresses for nearly 70 years. 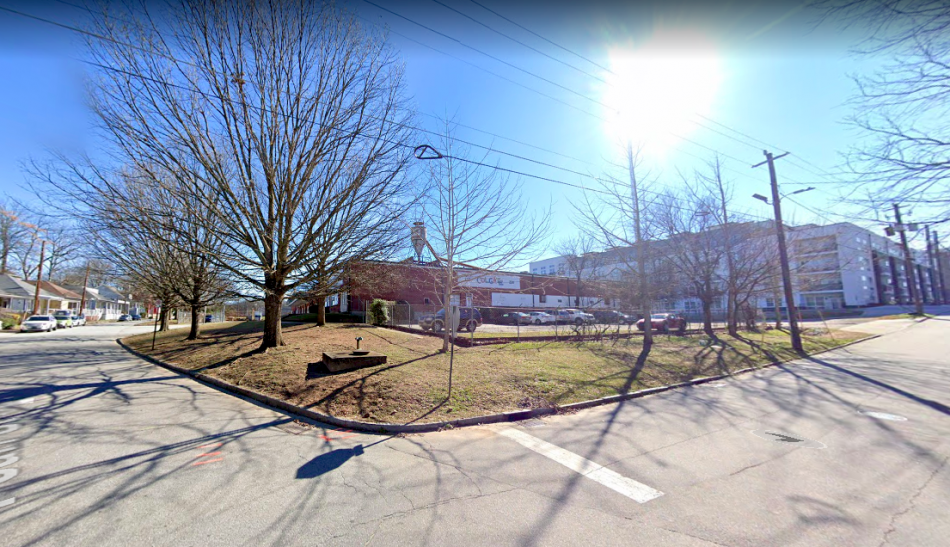 The 2.7-acre corner parcel in question, as seen in January. Google Maps 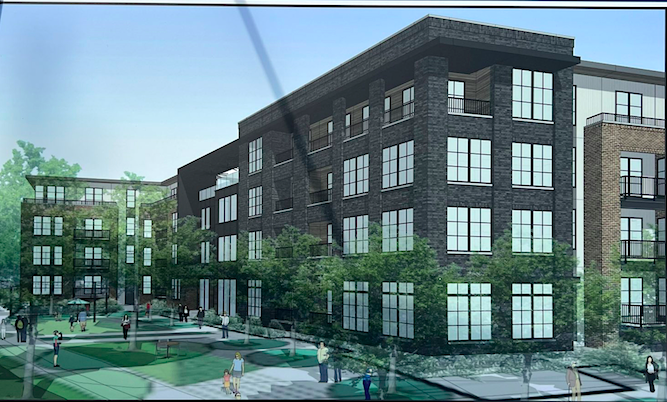 NRP Group bills itself as one of the nation’s top multifamily developers, general contractors, and property management firms, with extensive affordable housing experience. According to the company’s portfolio, the Lord Aeck Sargent-designed Reynoldstown project would mark its Georgia debut.

The development team has been working on the Colgate Mattress Lofts concept for six months with the Reynoldstown Zoning Committee, according to an announcement before Saturday’s event, which was held in a tent at the site in question.

Plans call for a building that would stand three and four stories where Fulton Terrace meets Pearl Street, atop one level of underground parking with 225 spaces. Seventy percent of the apartments would be one-bedrooms, 22 percent two-bedrooms, and the remaining 8 percent three-bedrooms.

Development plans indicate no retail space is in the works at the moment.

The corner lot in question is directly behind the new Modera Reynoldstown development that faces Memorial Drive. Immediately east of the warehouse site, Toll Brothers is under construction on an 85-unit mix of townhomes and for-sale condos. 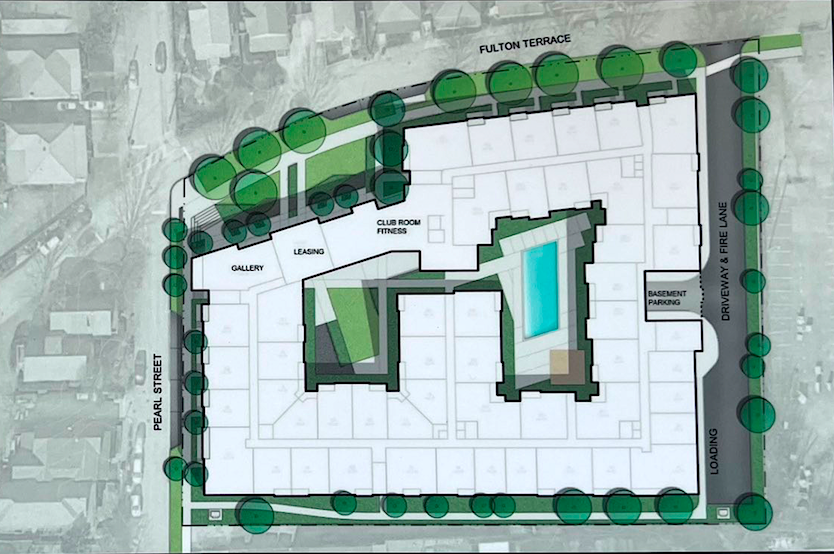 The brick warehouse building on site now is owned by the Colgate Mattress Corporation, Fulton County property records show. The warehouse was built in 1955, and the site itself spans about 2.8 acres, according to Commercial Cafe.

We’re told that NRP Group reps on hand Saturday “seemed to be very mindful to good urban design and receptive to incorporating neighborhood feedback,” as one attendee summarized.

We’ve reached out to NRP Group for information on a construction timeline and details on the inclusion of affordable housing in development plans. We’ll update this story with any additional details that come.