After breaking ground in May last year, the Interlock’s 4 and 1/2-acre second phase is topping out its tallest building along Northside Drive at the doorstep of Georgia Tech, with plans to start opening facets of the project next year.

Justin Latone, senior vice president of leasing at SJC Ventures, the developer of both Interlock phases, tells Urbanize Atlanta the area’s newest Publix is on track to open in early or mid-2024.

The first component to deliver in Interlock’s phase two, forecasted for August next year, will be 670 rooms for Georgia Tech student housing, per Latone. 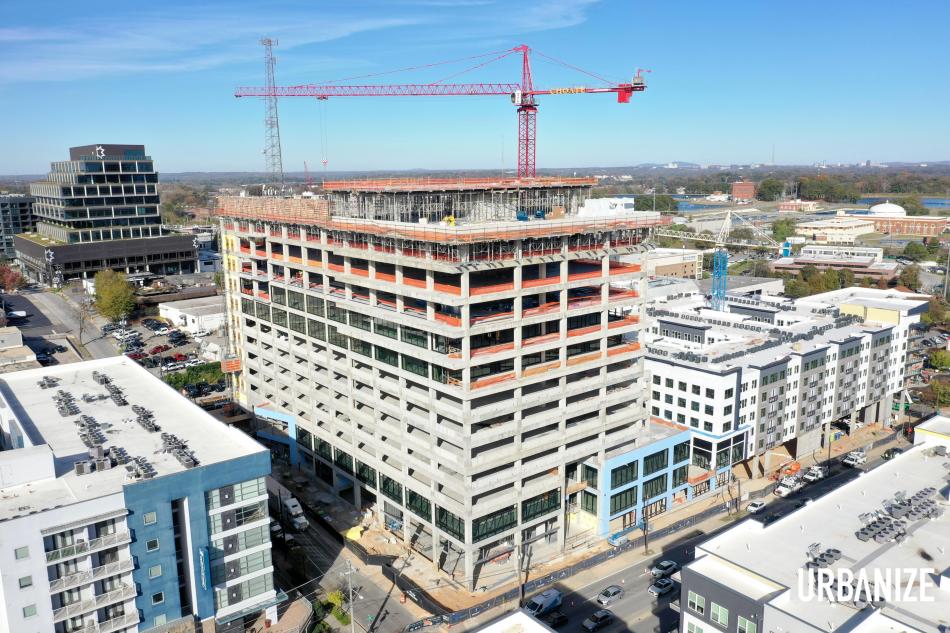 As seen earlier this month, The Interlock's 4 and 1/2-acre second phase has consumed a block's worth of Northside Drive frontage between 11th and Ethel streets.

“As it relates to the office,” noted Latone, “we’re aggressively marketing the space, mostly to large users.”

Fronting Howell Mill Road, Interlock’s initial phase began welcoming tenants in spring 2021. The Bellyard hotel, Puttshack, and Pour Taproom are among them, with the massive rooftop restaurant and party zone that is L.O.A. now operating above.

Interlock’s second phase replaced a row of low-rise buildings that used to be auto shops, a home-cooking restaurant, and an antique store. 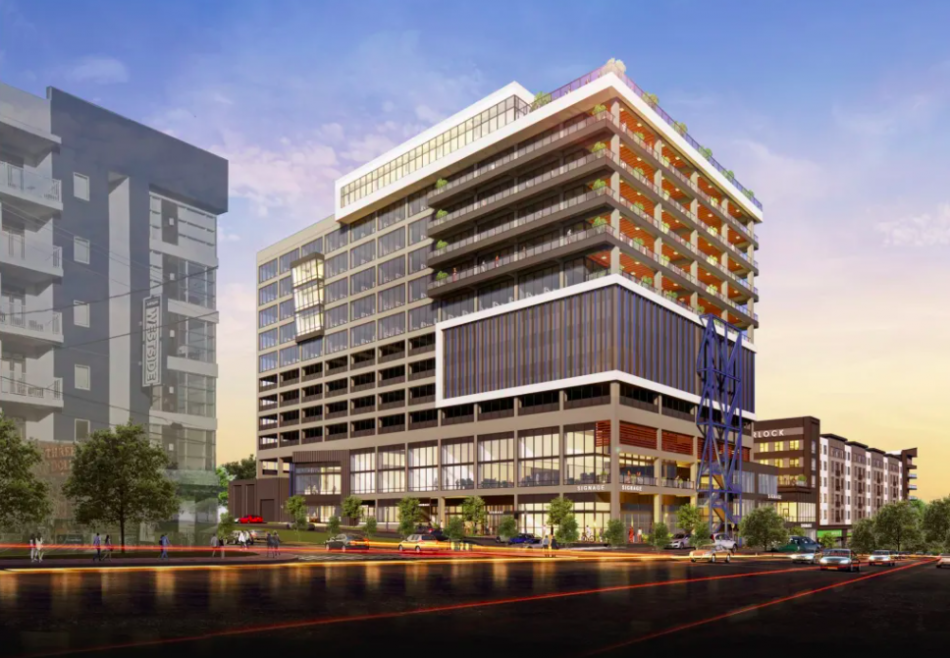 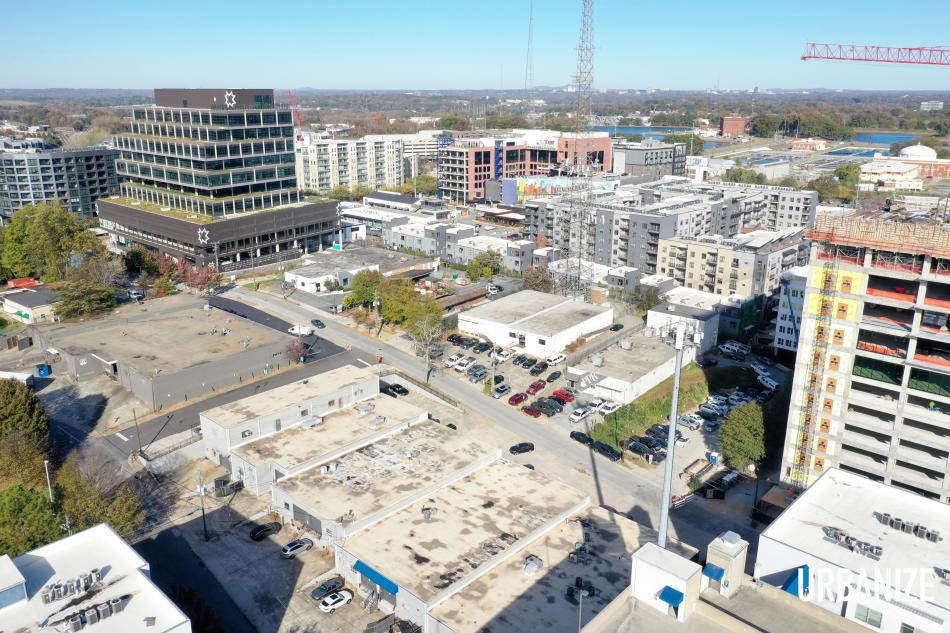 View toward Interlock's initial phase and the Star Metals district.

Publix has operated an Atlantic Station grocery store since 2005 about a mile away. But the more immediate area has seen explosive growth—roughly 2,500 housing units since 2019 alone—and a population surge that’s rendered it unrecognizable from a few years ago. A Cushman and Wakefield market analysis in June labeled the area “Atlanta’s New Horizon.”

All told, the $750-million Interlock project will cover almost 14 acres in what’s colloquially known as West Midtown. Have a gander at how things are coming together in the gallery above.

• Atlanta at sunset: photos over a transforming city (Urbanize Atlanta)