A row of nine more O4W townhouses is moving forward as part of the Waldo’s mixed-use development that’s consuming nearly a block along Boulevard near Edgewood Avenue. The townhomes would be tucked away from Boulevard on more residential corridors, at the corner of Daniel and Gartrell streets.

BeltLine DRC members applauded the use of a green wall on the south-facing side of the townhomes, while approving a request for a second curb cut on Gartrell Street to keep parking entries off the residential row that Daniel Street has become, among other alterations. 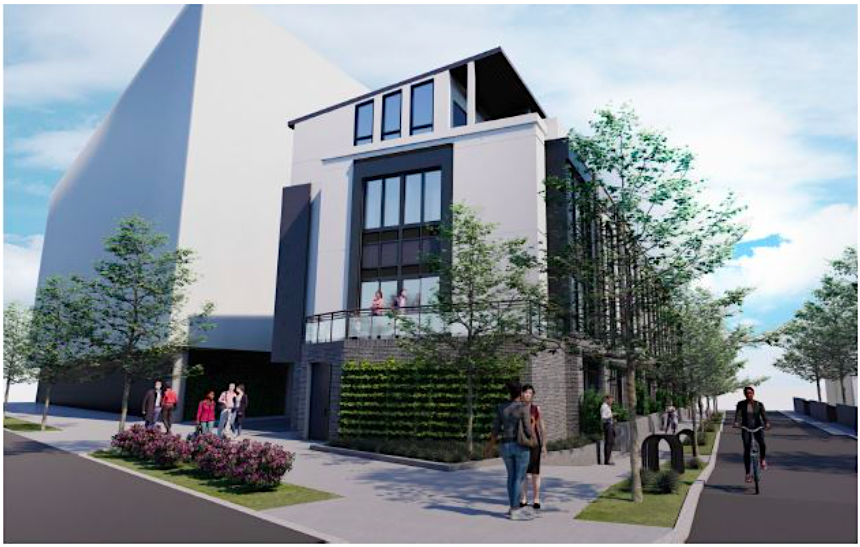 Plans for the corner of Daniel and Gartrell streets, with Waldo's mid-rise offices depicted at left. DaVinci Development Collaborative, via BeltLine DRC

We’ve reached out to Jonker for information on the townhomes’ construction timeline, sizes, and potential price range. We’ll update this story should that come.

Beyond the townhomes, the $80-million Waldo’s project finally rumbled back to life late last summer following delays related to the pandemic and a bizarre, construction-related wall collapse next door.

The 1.5-acre lot at 40 Boulevard NE hosted a 2019 groundbreaking and was cleared of trees and a corner grocery store but went quiet as COVID-19 spread. 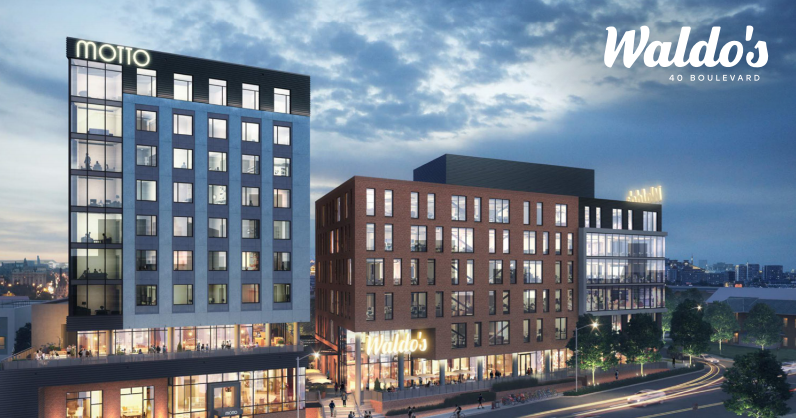 At last check, the first Waldo’s component—a six-story, timber-built office building—was expected to come online along Boulevard in the second quarter of 2023.

Closer to Edgewood Avenue, a 147-room, nine-story Motto By Hilton hotel is still planned to include a restaurant, speakeasy, and retail in a courtyard space that connects each facet of the property. The Waldo’s hotel was expected to be the country’s first Motto, but lodges under that brand have since opened in Washington D.C. and New York City’s Chelsea neighborhood. 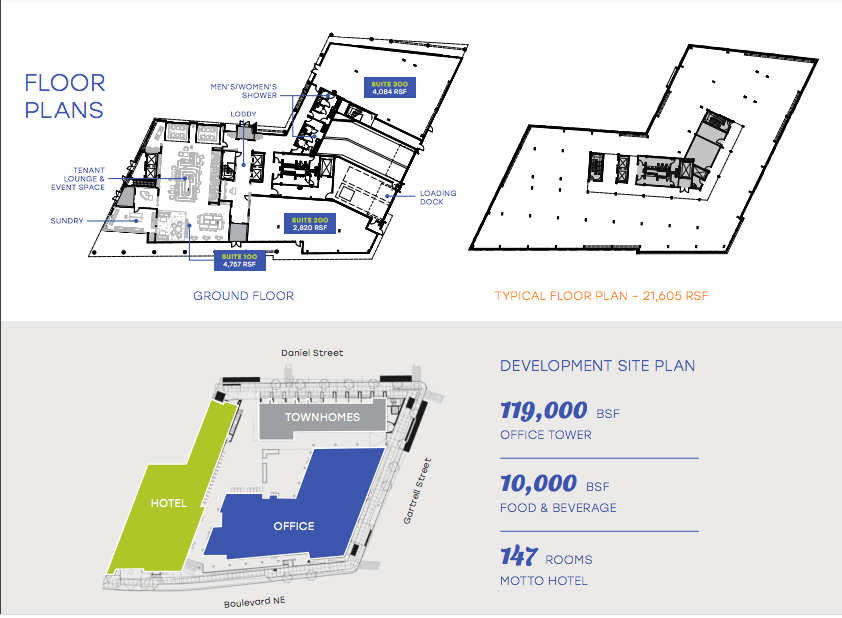 Breakdown of Waldo's planned uses at the 1.5-acre Boulevard site. How timber-built interiors would look.