Atlanta’s most famous cemetery is hosting a long-awaited unveiling party this week.

The Bell Tower is considered the most recognizable building across Oakland’s 48 acres, all listed on the National Register of Historic Places after being founded in 1850 as a municipal graveyard.

HOF and City of Atlanta officials plan to host a ribbon-cutting ceremony Wednesday morning to mark the project’s completion, with Mayor Andre Dickens and other dignitaries in attendance. 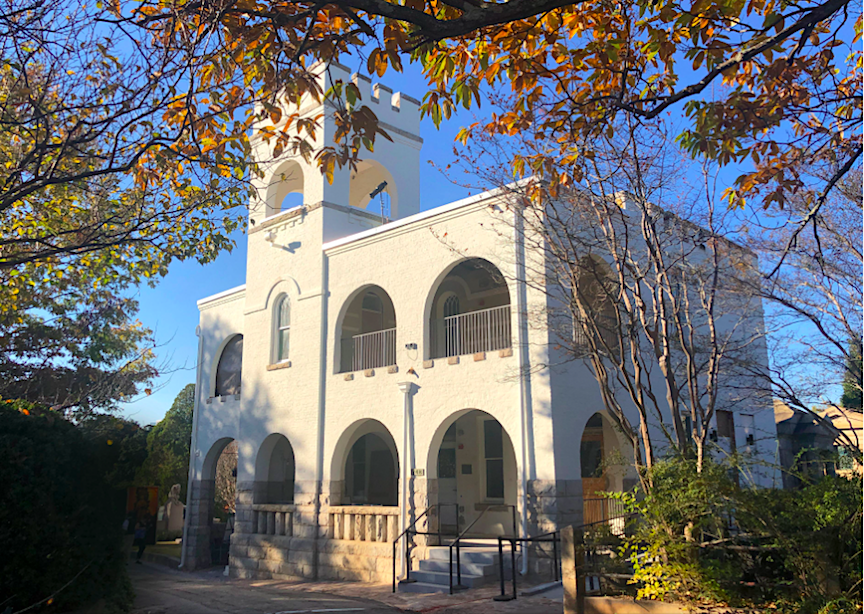 The Romanesque Revival building was built in 1899 to function as the office for Oakland Cemetery’s sexton.Courtesy of Historic Oakland Foundation

Standing for more than 120 years, the Bell Tower was originally built to house the cemetery sexton’s office, as it still does today—in addition to HOF offices. Other uses for the 2,800-square-foot building are many: visitor’s center, cemetery records depository, public restrooms, along with the foundation’s meeting space, gift shop, archives, and storage.

In its former condition, the Bell Tower was cramped and suffering from overuse, according to project officials.

The rehabilitation project, as led by Smith Dalia Architects, began in March 2021. The scope included opening up the building’s first and second floors, restoring windows, repairing masonry, updating plumbing and electrical systems, and installing an elevator. The goal was to transform the Bell Tower into an interpretive, flexible event, classroom, exhibit, and meeting space. 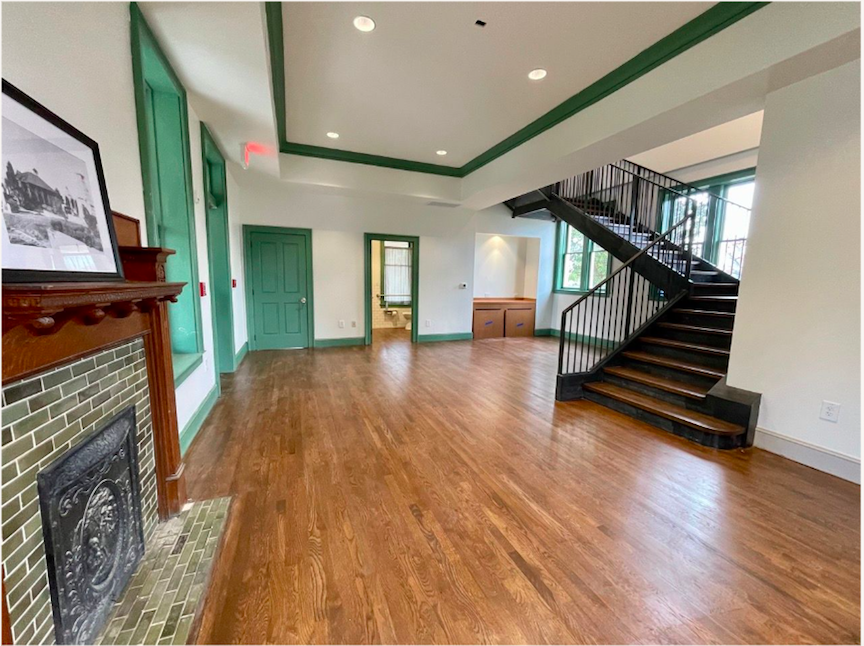 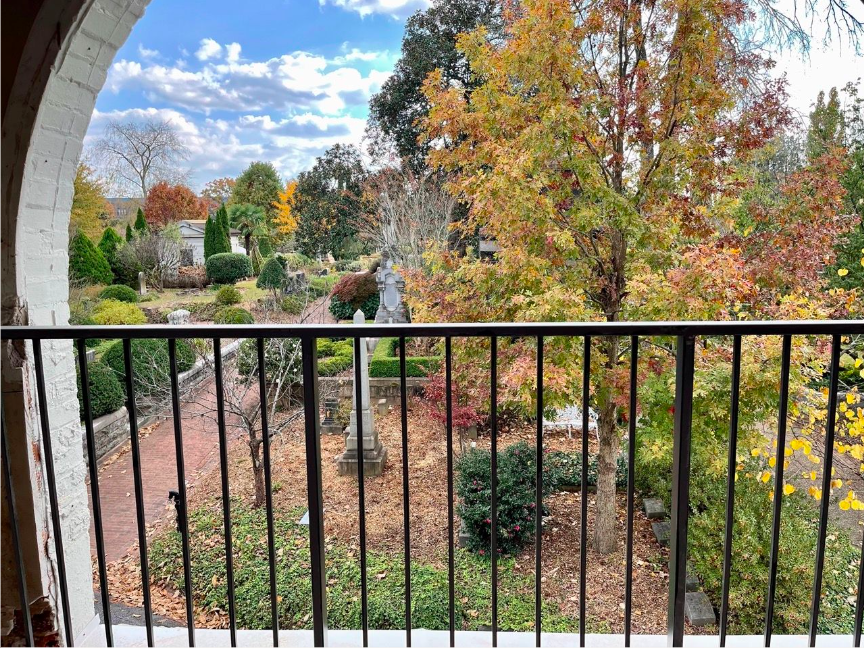 The first floor will be open to the public, featuring an accessible restroom and interpretive panels describing the history of the building and of Oakland. The rentable second floor features two porches with sweeping views of the cemetery and Atlanta skyline, according to project officials.

The Victorian-garden cemetery became a City of Atlanta park in 1932, and today it counts more than 100,000 annual visitors. According to the cemetery’s foundation, the Living History campaign is expected to double the rate of restoration projects and triple investment in Oakland Cemetery over the next three years.

In addition to the capital campaign, The Imlay Foundation, Invest Atlanta, Dr. Jerry and Mrs. Vivian Gowitt, the Bruce Barfield Family, and the Atlanta Urban Design Commission are all credited with making the Bell Tower’s revival possible. In an announcement this week, Imlay Foundation chair and president Mary Ellen Imlay called the structure “the jewel in Oakland’s crown.”

Find more project images in the gallery above.