A special ceremony is planned Friday for a historic restoration project that continues an era of significant upgrades and changes at Atlanta’s most celebrated cemetery.

Oakland Cemetery has recently completed the first large-scale restoration of the African American Burial Grounds section in more than 100 years, where nearly 13,000 burial sites have been identified, according to the Historic Oakland Foundation.

The $600,000 upgrade—described by project officials as being “much-needed”—began in 2016. The first phase was completed in 2018, and the final phase earlier this year.

The African American Burial Grounds span three and ½ acres in the northeast corner of the cemetery, neighboring Potter’s Field. They’re home to more than 12,000 known burials and 800 unmarked graves, where natural markers such as wood and shrubbery have long been lost to time.

The restoration project included improvements to hardscapes, walls, unique individual headstones, and family monuments, according to the foundation. 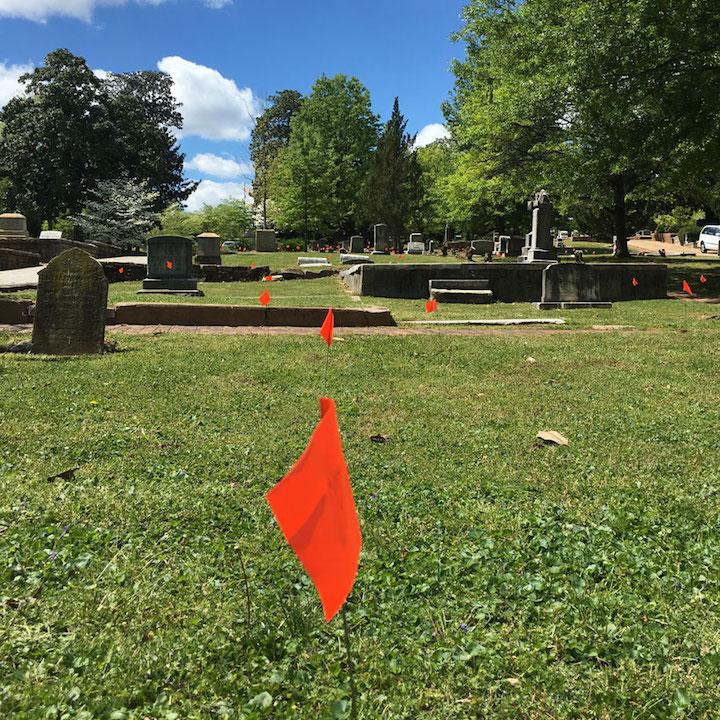 The Oakland Cemetery section in question during a pre-restoration survey, which found 872 probable unmarked burial sites in the African American Grounds.Courtesy of Historic Oakland Foundation

Atlanta Mayor Andre Dickens is scheduled to lead a ceremony for the completed project Friday morning, alongside foundation officials, other city leaders, and Morris Brown College heads. Big Bethel A.M.E. Choir will also perform. (See the above gallery for glimpses of the completed Grounds today, as provided to Urbanize Atlanta by the foundation.) 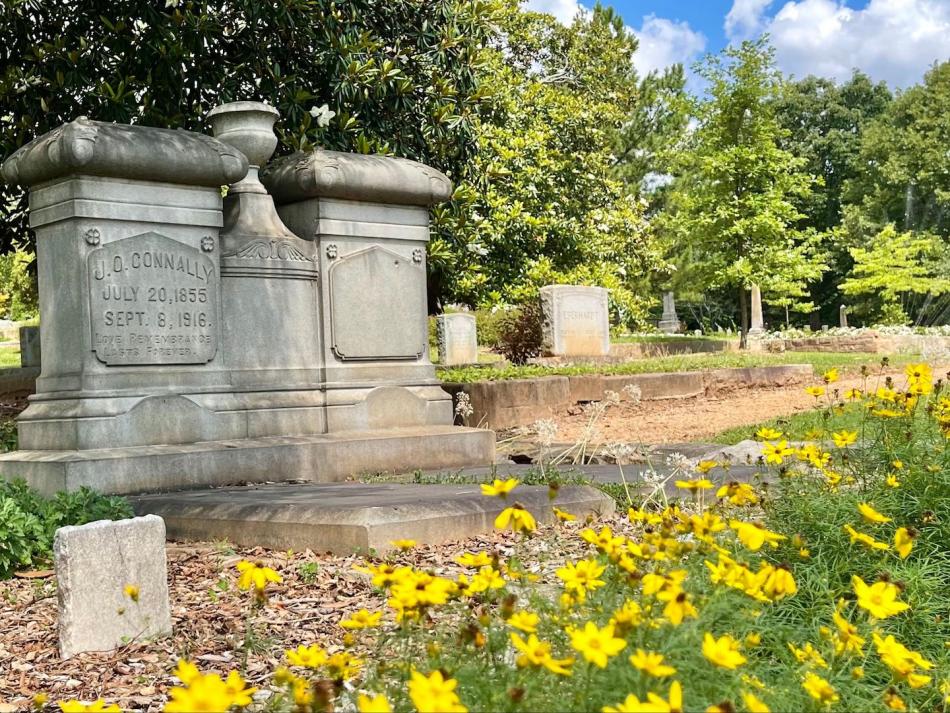 Elsewhere around the historic burial grounds and tourist destination, projects are moving forward both inside the gates and out.

Elsewhere on the property, Oakland Cemetery’s iconic 1899 Bell Tower is being renovated in a way that’s intended to make the Romanesque Revival-style structure more stable, spacious, and engaging for the public, per project leaders.

To boost accessibility to it all, the cemetery completed a new East Gate entry point two years ago along Memorial Drive, across the street from both Grant Park and Cabbagetown.