After first blipping the radar of Atlanta design enthusiasts three years ago this month, a modern-style, mountaintop residential project described by its creators as being like nothing else in Georgia continues to grow and evolve.

Situated about two hours north of Atlanta, or roughly 15 minutes from Blairsville, The Nest at Brannon Ridge Reserve has been marketed since inception as a uniquely eco and design-conscious community for the North Georgia Mountains, an increasingly popular second-home destination for Atlantans, Floridians, and others with the means.

The Nest, for short, is being developed by Atlanta native Kim Morrison, founder of Tiny South, a MicroLife Institute board member, and general advocate for minimized living. Closer to home, Morrison’s company finished the truly tiny Cottages on Vaughn in Clarkston last year—a runner-up for Urbanize Atlanta’s best small-scale development of 2021, as determined by reader votes.

In the mountains, officials with The Nest recently announced new pool amenities (the antithesis of roughing it, basically), a fifth floorplan, and the addition of a few more mountain-view lots acquired by the developer, upping the total to 40.

Two-thirds of the community is now sold, according to project leaders. 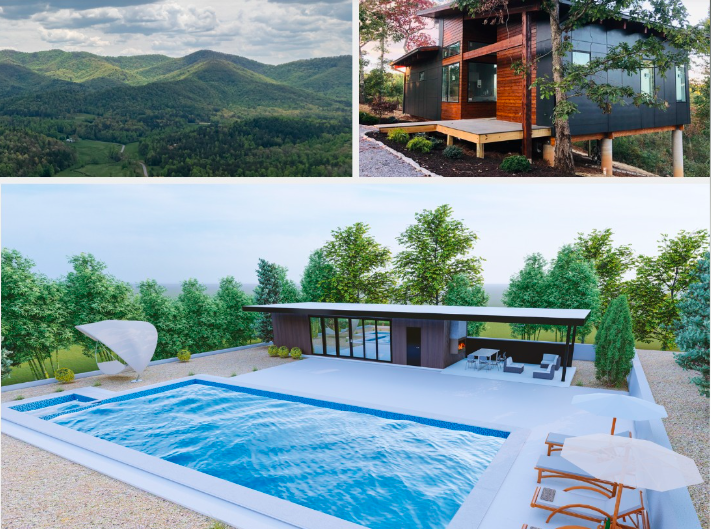 Courtesy of The Nest at Brannon Ridge Reserve

Home prices at The Nest now start in the low-$500,000s, with solar panels coming standard. The sales team points to relatively low property taxes and a policy allowing vacation rentals as reasons why The Nest offers “a very low cost of ownership.”

“We don’t offer set pricing, as all of the homes are custom-priced depending on lot view, floorplans, [and] owner selections,” listing agent Anna Fournet, with The Brad Baso Collective of Real TALL Real Estate, noted in an email.

A snazzy new pool complex called The Mere is joining a picnic pavilion, fire pit, and walking trail as The Nest’s amenities.

The community’s fifth modern floorplan (see the gallery), is a Scandinavian-inspired variation called The Chickadee. With two bedrooms (plus a loft) and two and ½ bathrooms, the 1,512-square-foot Chickadee stands out from other designs with its cathedral ceilings, plus 10-foot kitchen islands, and front and back decks. 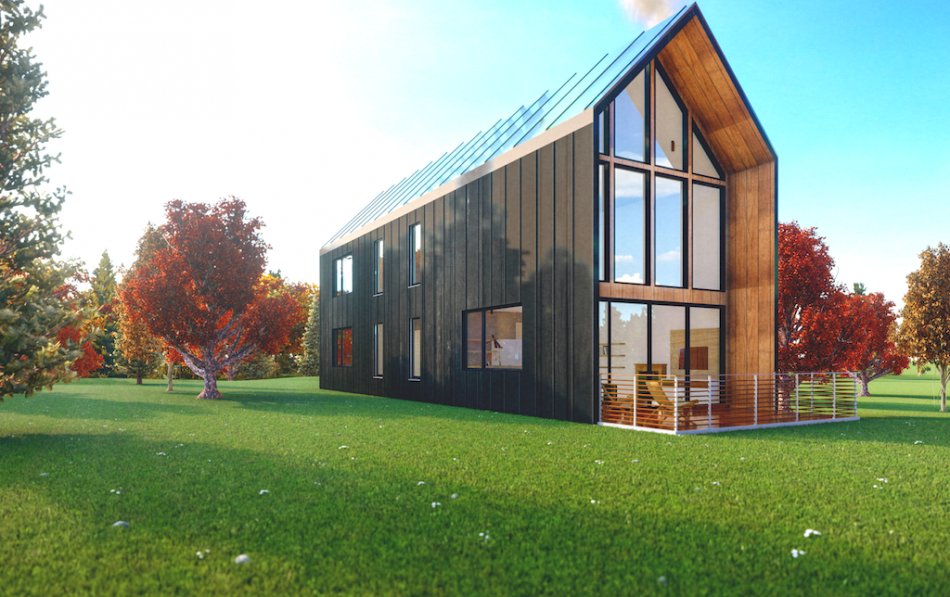 The Chickadee plan starts at $550,000 for base finishes. Courtesy of The Nest at Brannon Ridge Reserve 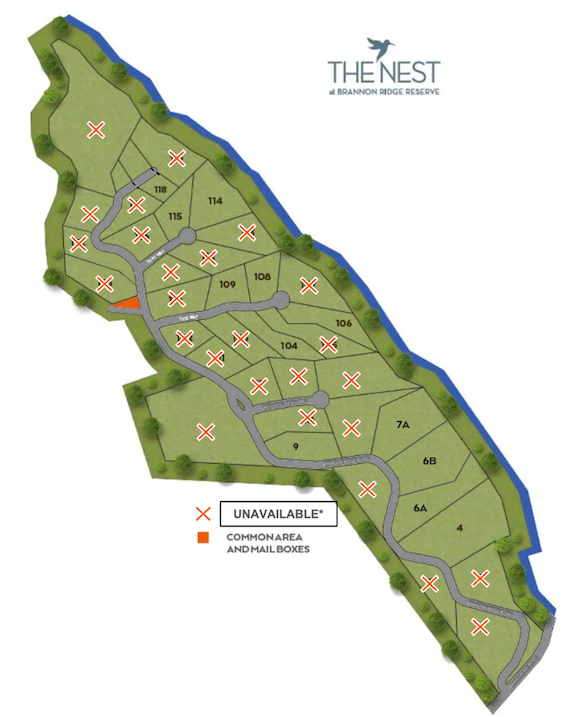 Updated site plan for the Young Harris community. Courtesy of The Nest at Brannon Ridge Reserve

Back in 2019, The Nest was initially planned to offer smaller home options around 1,000 square feet in the high-$200,000s. Escalating material costs and the ballooning price of labor in the mountains made that impossible, Morrison and her sales team have said.

The next open house at The Nest is scheduled from 2 to 5 p.m. Saturday, November 12. Head to the gallery above for quick primer, more context, and the latest images from this uniquely positioned modern community.