Following a year and ½ of construction and delays related to an active railroad bridge, Atlanta BeltLine and PATH Foundation leaders have declared a crucial stretch of the Westside Trail officially finished and open. Hurrah!

Atlanta Mayor Andre Dickens led a ceremonial groundbreaking this week at the Westside Trail’s 1.22-mile Segment 3, a section of mainline BeltLine that branches off an existing connector path and runs buffered from traffic along Marietta Boulevard, with lighted crosswalks along the way.

Also in attendance was at least one sign-wearing protester (and allies) calling for a better system of protected bicycle infrastructure across the city.

If you’re heading west, the new multi-use path branches off the Westside BeltLine Connector—a 1.7-mile link to downtown Atlanta—swoops right, and heads north to Huff Road near shopping and dining districts west of Midtown. It’s also a means of getting from downtown to the edge of Atlanta’s largest greenspace, Westside Park, albeit not fully connected to the park yet. 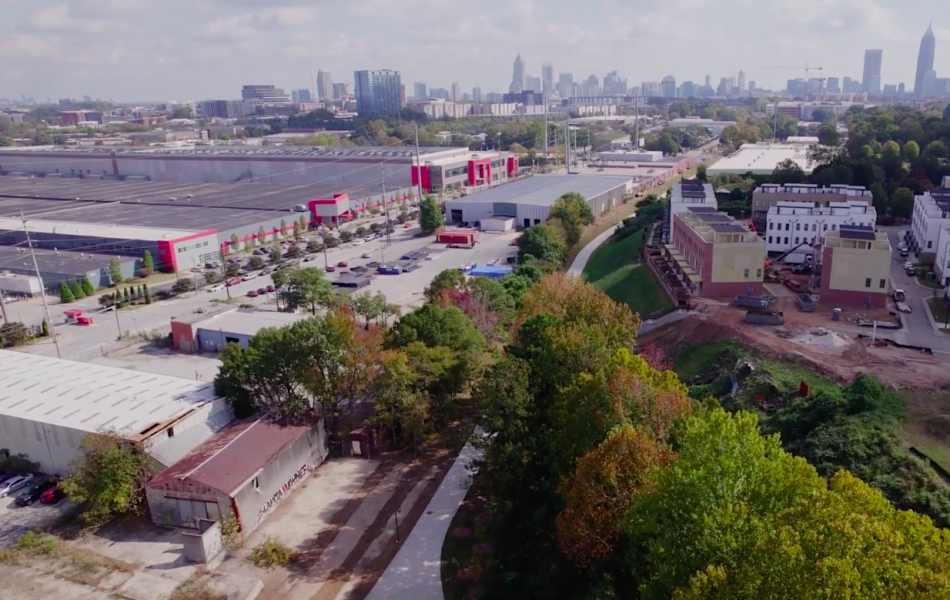 Clyde Higgs, BeltLine president and CEO, called Segment 3 a "key piece of the puzzle to fulfilling our vision” of creating a 22-mile loop that provides more “equitable access to opportunity.” Added Greta deMayo, PATH executive director, in a prepared statement: “With [this] addition... we’re able to give the greater Atlanta community equitable access to healthier lifestyles and a higher quality of life for all races, nationalities, and socioeconomic statuses.”

Plans call for eventually tying the Westside Trail’s Segment 3 into the sprawling Westside Park next door, separated today only by active rail and woods. In the future, PATH Foundation officials foresee it branching to the Chattahoochee River and Silver Comet Trail that extends to Alabama, creating a multi-state network.

The final piece of the Westside Trail—Segment 4—will extend off the downtown connector trail and head south to Washington Park. There it will link with a three-mile stretch of the Westside Trail opened in 2017. BeltLine officials say that missing piece is expected to be bid out for construction this year, once real estate right-of-way work has fully wrapped.

The Segment 3 project continues construction momentum for the BeltLine following an eventful 2021, when roughly three and ½ miles of new trails opened in neighborhoods across Atlanta.

Head to the gallery for drone imagery that helps paint the picture of this latest Westside Trail installment and its relationship to downtown and Westside neighborhoods.