Renderings have emerged for a uniquely shaped mid-rise building that would claim one of the last large development sites left along Reynoldstown’s section of the Atlanta BeltLine.

Developers Metzger & Co. recently shared the latest redevelopment vision for a vacant industrial property at 930 Mauldin Street with Reynoldstown neighbors. Years ago, two proposals by the same developer at the site never moved forward. One was killed by the Great Recession’s economic collapse, the other by fervent neighborhood pushback.

Per the recently unveiled Perkins & Will designs, the 930 Mauldin building would rise a half-dozen stories, with sections stair-stepping down to the Eastside Trail to the west, and toward the heart of the neighborhood to the east. 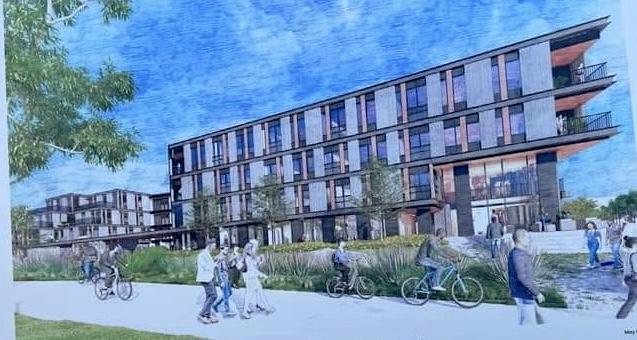 How the southwest corner of the project would meet the BeltLine, with pathways between. Perkins&Will; via Metzger & Co./submitted

From above, the project would appear Z-shaped. At least two corners of the building—one facing the BeltLine, the other at the intersection of Fulton Terrace and Holtzclaw Street—would incorporate what appears to be retail, per images of renderings submitted to Urbanize Atlanta. 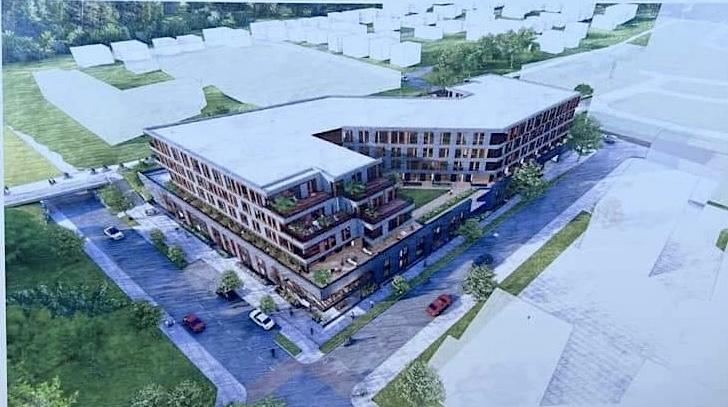 The southeast corner of the proposal, with the BeltLine trail depicted on the Fulton Terrace bridge at left. Perkins&Will; via Metzger & Co./submitted

According to LoopNet, the 1.3-acre site is home to a 31,000-square-foot industrial building now. It last sold for about $2.2 million back in 2006—a pittance by today’s standards for Eastside Trail-adjacent acreage.

Back in 2008, the BeltLine and Atlanta City Council approved a three-story, 108-unit building that Metzger & Co. had brought to the table, but it never went forward.

Eight years later, the developer pitched a larger project with 40 more apartments and about twice the height. City officials and neighborhood leaders vocally criticized that proposal’s lack of affordable housing, how it didn’t interface well with the BeltLine, and for what they called poor construction meant for a 20-year life cycle. A rezoning application was unanimously rejected at an NPU meeting, and the project fizzled. 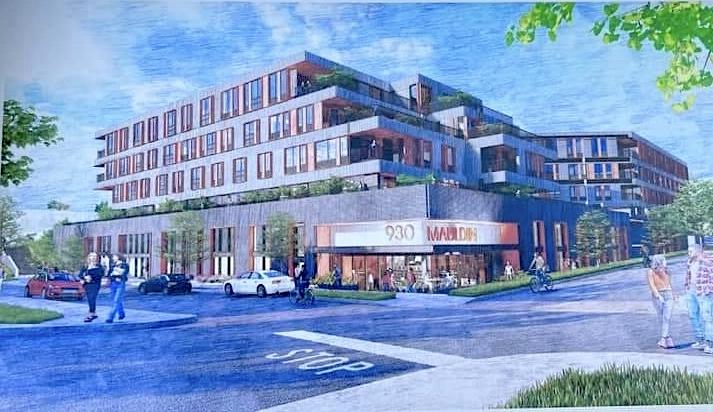 Street-level view with retail from the project's southeast corner, with the Eastside Trail on the bridge at left. Perkins&Will; via Metzger & Co./submitted 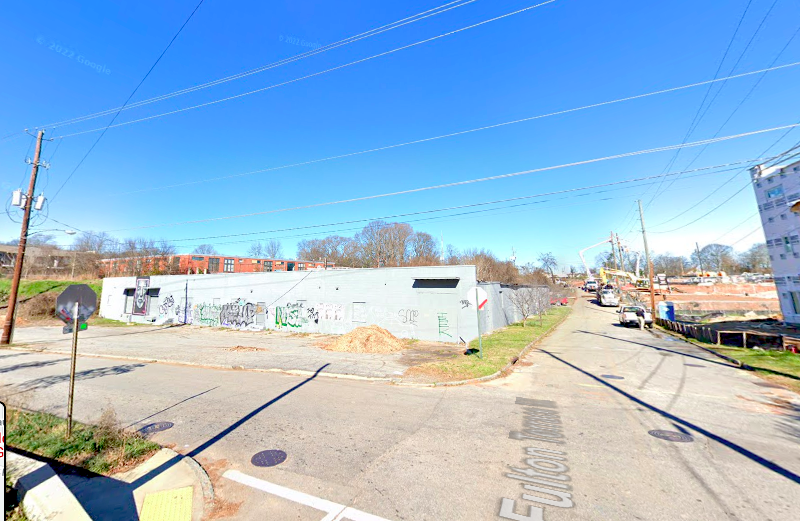 The property in question in January, with new single-family home and Stein Steel development at right, and the BeltLine corridor at left. Google Maps

What exactly the Mauldin Street proposal entails this time isn’t yet clear. Building permit records show no activity since 2004.

Metzger & Co. couldn’t be reached this week for comment. We’re reached out to neighborhood leaders, including the Reynoldstown Civic Improvement League, for more details and will post any that come.

One thing's for sure: Reynoldstown's section of the BeltLine is hotter than ever with new investment.