An Austin-based developer is again gearing up to make a high-rise bet on Atlanta’s most rapidly growing subdistrict, according to Midtown Alliance.

LV Collective (formerly Lincoln Ventures) is scheduled to present plans during a Midtown Development Review Committee meeting on Tuesday for a mixed-use tower that would rise 37 stories along Atlanta’s signature street.

The 736 Peachtree Street parcel—the southwest corner of Peachtree and 4th streets—is currently used as surface parking. It’s located about two blocks north of the Fox Theatre, on the same side of Peachtree.

LV Collective’s plans call for 3,000 square feet of café space fronting Peachtree, with a leasing office and resident lobby around the corner on 4th Street. 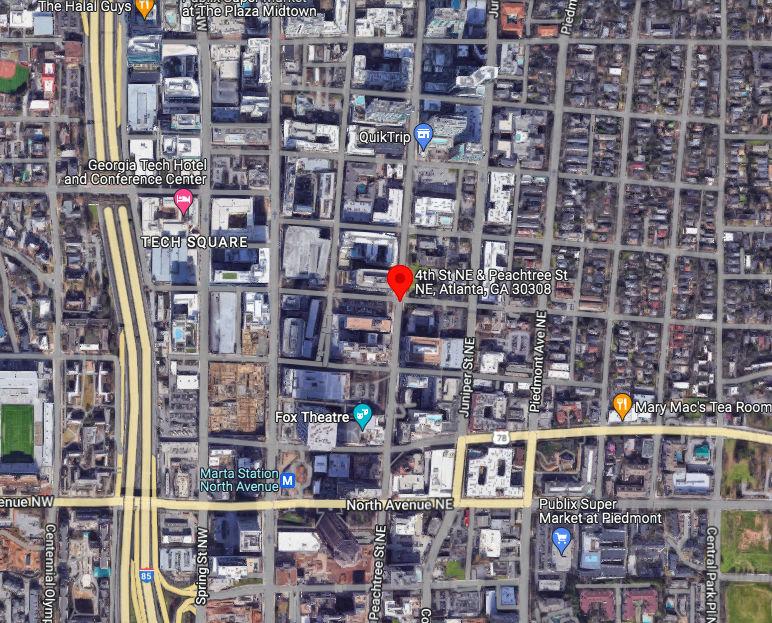 The tower’s top 27 stories would include a whopping 480 units of what a meeting preview describes as “varying types” of housing, according to Midtown Alliance.

Below that would be a screened parking podium of eight levels with 489 vehicle spaces. The ninth level would feature the building’s indoor and outdoor amenities.

Parking for cars and bikes would be accessed on 4th Street. Around the corner on Cypress Street would be entries for loading and a pet spa room.

The .96-acre site is currently owned by an LLC called West Peachtree Ventures. It hasn’t sold since it went for just over $8 million in 1999, according to Fulton County property records. 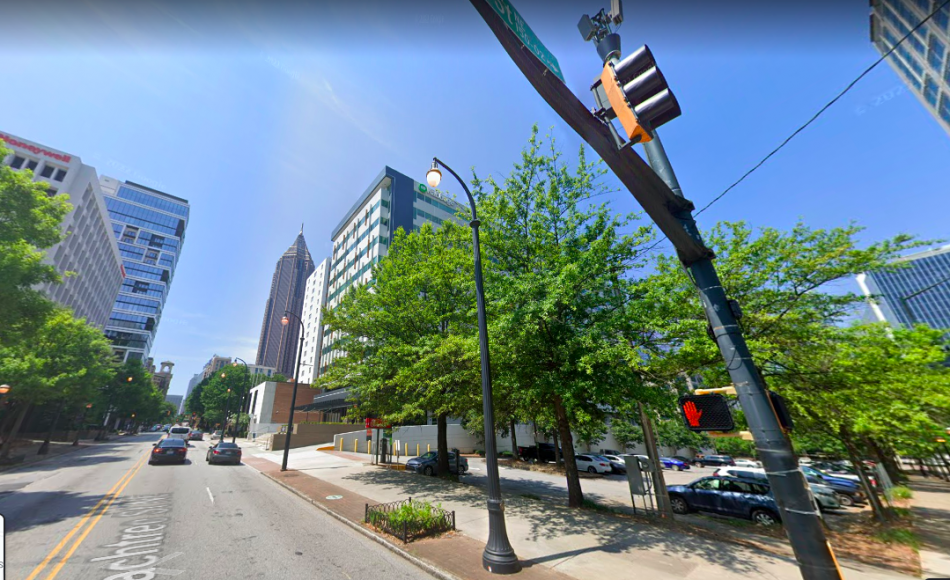 Representatives with Niles Bolton Architects, Kimley-Horn engineers, and the Morris Manning and Martin law firm are expected to join the developers in presenting.

The Whistler project will stand about a dozen stories shorter than LV Collective’s Peachtree Street building, however, should plans come to fruition.