Atlanta’s winds of change are blowing harder in no place than Midtown these days.

The latest example of the subdistrict’s low-rise past colliding with preparations for a high-rise future is found across nearly a full block, tucked between Crescent Avenue and Peachtree Walk.

That’s where chain-link barriers signal that Selig Development’s next large-scale, mixed-use development, Midtown Exchange, in the ever-changing blocks between 10th and 14th streets is moving forward.

Behind the fencing are shuttered relics of Midtown’s rowdier days as a nightlife mecca, along with multiple former low-rise apartment buildings. Those include the multifaceted, longstanding Cosmolava club, the former home of Deadwood Saloon and Twisted Taco, along with a corner building most recently home to Stellar Bodies gym. Another Peachtree Walk building was used as offices for marketing and insurance firms, while other property was surface parking. 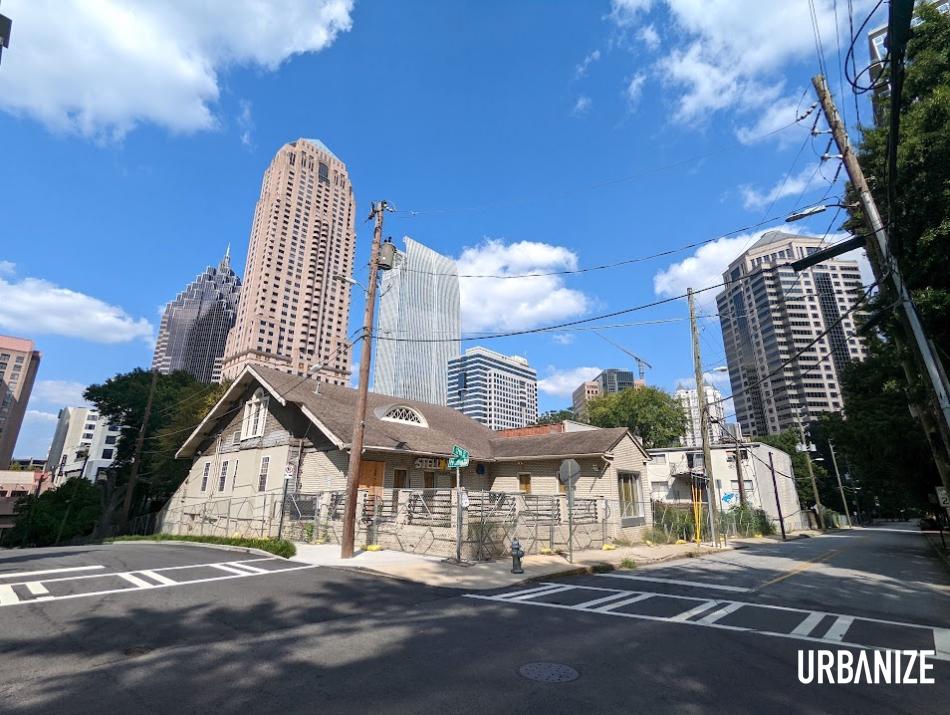 City records indicate demolition permits were applied for on Friday for buildings ringing the footprint of Midtown Exchange’s future site. We asked Selig Development reps for clarity on when demolition and construction might move forward and were told, via email, “This site has been poised for redevelopment for years. While specific project plans have not yet been announced, Selig is preparing the site for future development.”

As green-lighted by the Midtown Development Review Committee in May, that development would include a residential tower standing 37 stories and a 26-story office building. 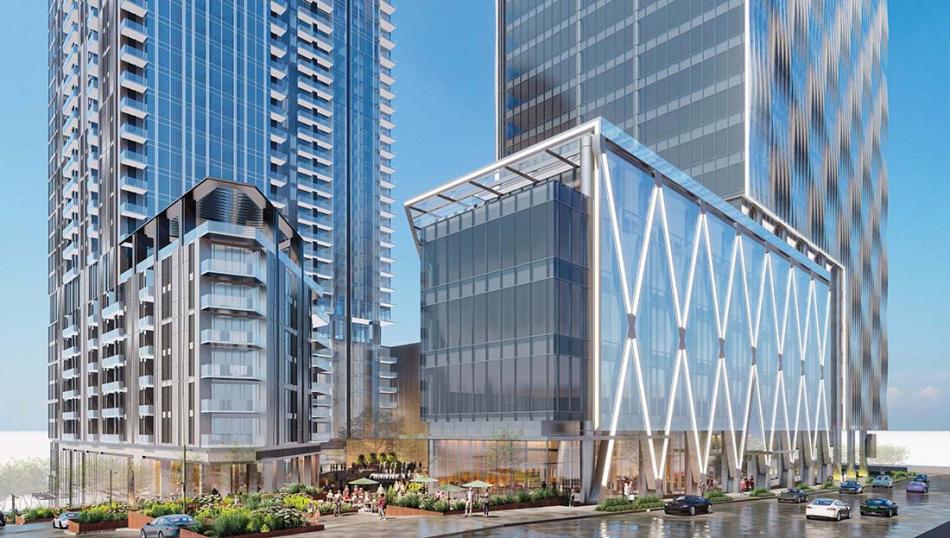 In between the glassy high-rises would be a central courtyard accessed from Peachtree Walk, while 24,500 square feet of retail would be placed at street level, as designed by Rule Joy Trammell and Rubio architects.

The office tower would span 619,700 square feet, and all 465 apartments at Midtown Exchange would be market-rate. Also included next to the plaza is a proposed 10-story parking deck with 1,608 spaces, which would serve both buildings with access points on 12th and 13th streets, per Selig’s plans.

The Midtown DRC, an appointed board that vets proposals and provides recommendations to the city’s Office of Planning, asked Selig earlier this year to make several “important modifications” to the Midtown Exchange proposal, largely to improve the sidewalk experience and better mask a parking garage portion over 13th Street.

The sloped Peachtree Walk section of the project—dotted with steel planter boxes and a bounty of plantings, per renderings—will be part of the planned Midtown Art Walk, a promenade stretching between 10th Street and Woodruff Arts Center.

Businesses currently operating on the Crescent Avenue side of the block will remain.

Despite the prevalence of chain-link fencing nearby, one longstanding eatery on the block remains in business.

In the gallery above, have a closer look at the block’s low-rise conditions today and what’s planned to come soon.