From a two-tower project on Juniper Street to Atlanta’s tallest building in ages rising over the Connector, recent site work and tenant shuffles have lent clues that interesting, skyline-altering developments are getting closer to being underway.

This month, activity spotted at two more Midtown sites in high-profile locations, in combination with paperwork filed with the city, indicate another set of towers is edging closer to launching construction.

Just west of Piedmont Park, Midtown residents and camera-toting tipsters have gotten excited this month about site work that includes tree removal where Toll Brothers Apartment Living has been cooking plans for an apartment tower the past couple of years at 250 14th Street.

Last year, two longstanding Midtown houses on the north side of 14th Street—one that’d served as offices—were razed to make way for the luxury mid-rise. Those properties, according to Toll Brothers’ earlier presentations, are being combined with a neighboring, cleared lot where a five-story condo stack called The Dowling was proposed four years ago but didn’t materialize. 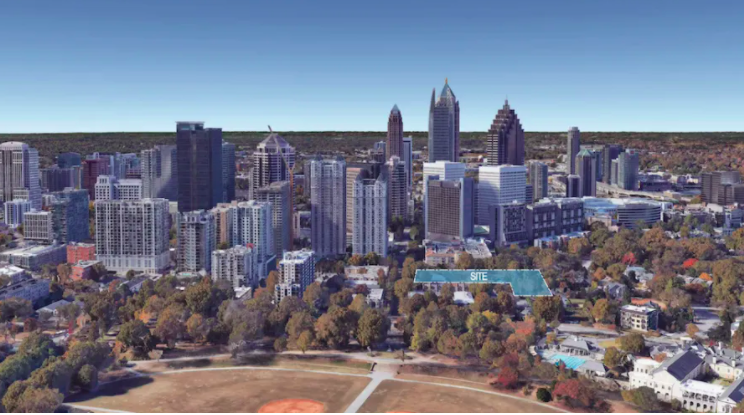 The site's context as relates to Piedmont Park's western edge.Toll Brothers, via City of Atlanta

City records indicate Toll Brothers applied in January for a permit to start building a 22-story tower—16 residential levels over a four-story parking deck—called “Vance on 14th.” Those plans are being reviewed.

When asked for an update on construction timelines and other aspects of the project, a Toll Brothers Apartment Living spokesperson emailed this week, “We don’t want to comment on 14th Street at this time.” 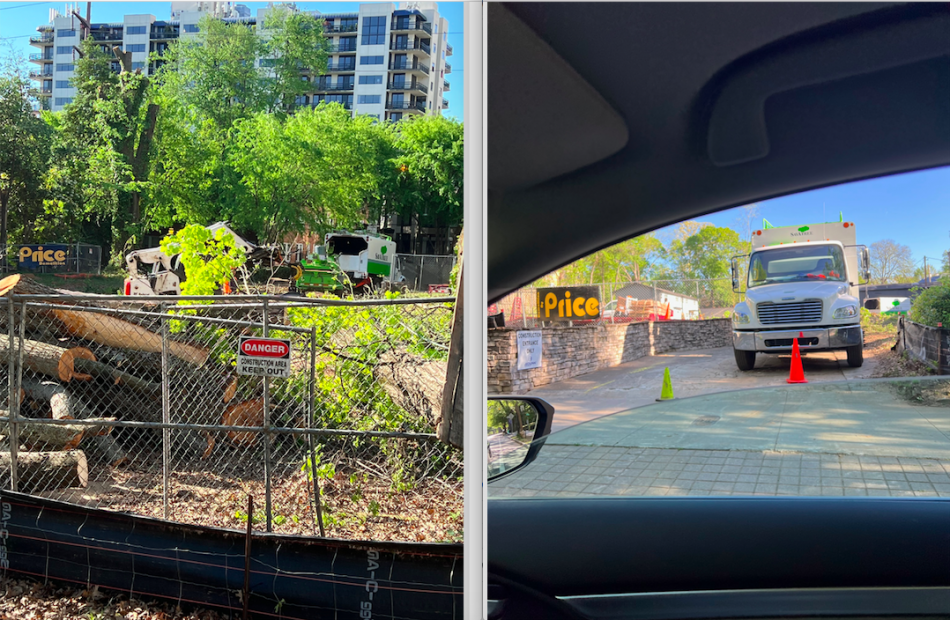 According to Midtown Alliance, the Brock Hudgins Architects-designed tower will include 175 units over 310 parking spaces. No retail space is planned. The site is bordered by the Mediterranean-style Windsor apartments and a row of townhouses.

Records indicate the parcels sold for $4 million in early 2020, and building permits were issued in September that year.

Meanwhile on Peachtree Street, about two blocks north of the High Museum of Art, tipsters have reported what appears to be the beginnings of site preparations for a 29-story residential building called Rhapsody. 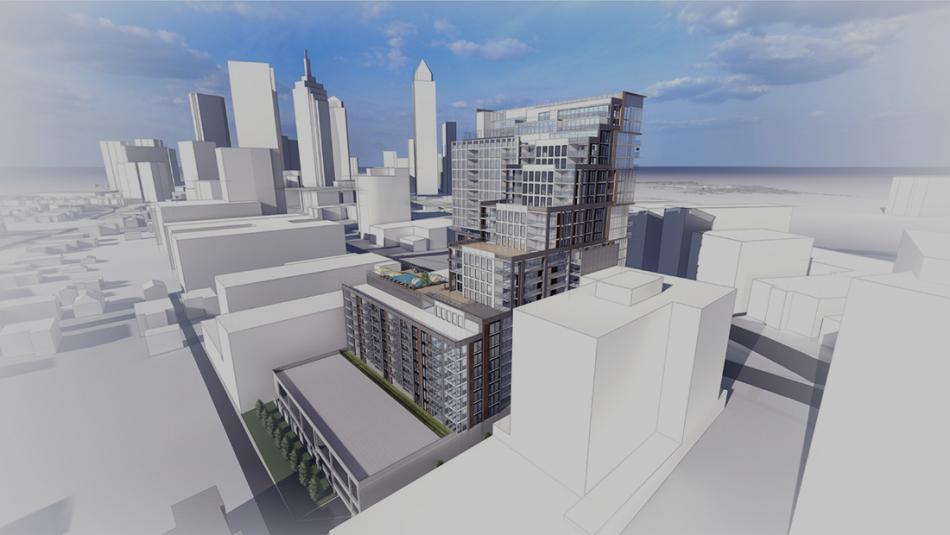 The developer in February applied for permits, which are still under review, to begin work on Rhapsody’s six-level parking structure. Above that will be a blend of both rentals and for-sale condos.

Demolition permits have been issued for the 40,000-square-foot office building on the 1439 Peachtree Street site now, formerly home to EarthLink’s Midtown offices.

Adjustments during design phases have upped the number of total Rhapsody units planned from 324 to 356. The building is expected to have 380,499 residential square feet total, with 4,636 square feet of retail at the street, a project rep told Urbanize Atlanta last year. 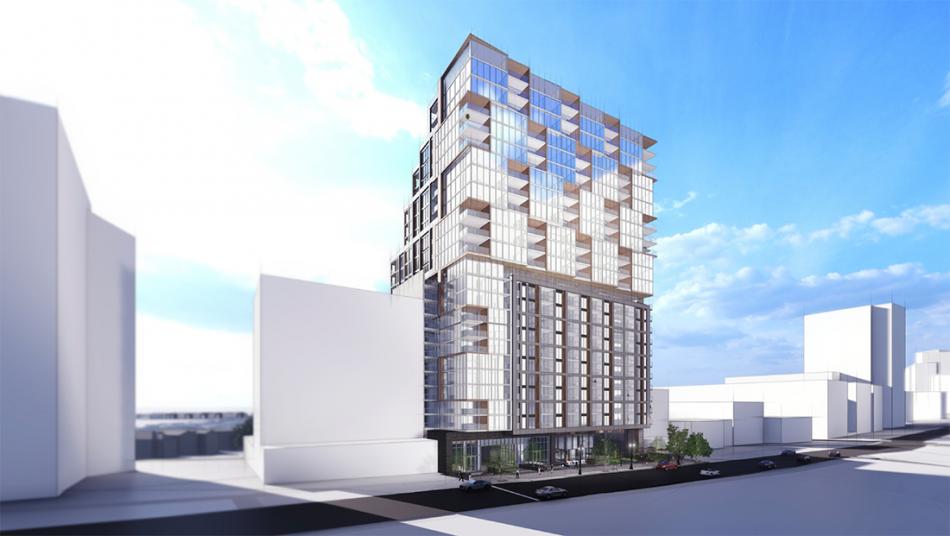 The building’s design “steps down as it gets closer to the rear alley, in compliance with the Transitional Height Plane that limits the height of buildings adjacent to residential districts, such as Ansley Park,” as Midtown DRC officials have noted.

Capital City bought the 1.5-acre property from EarthLink in 2019 for $15.2 million, according to property records.

Head to the gallery above for a deeper dive into available renderings and site contexts for both projects.