Demolition efforts in recent days have signaled the end of the end for two Midtown nightlife institutions and the beginning of site work for high-rises that will eventually take their place.

As numerous Midtown dwellers have spotted since last week, crews are currently razing and clearing away the former residential bungalows where two Metrotainment Cafes concepts—casual Southern restaurant Einstein’s and spunky bar Joe's on Juniper, both LGBTQ drinking and dining staples—had operated since the 1990s.

The former restaurants closed last summer and by September were surrounded by construction fencing, but the site went quiet over the winter and spring months.

Deconstruction of the buildings marks the end of an era for the low-rise nightlife strip and is striking a sentimental chord this week with onlookers. 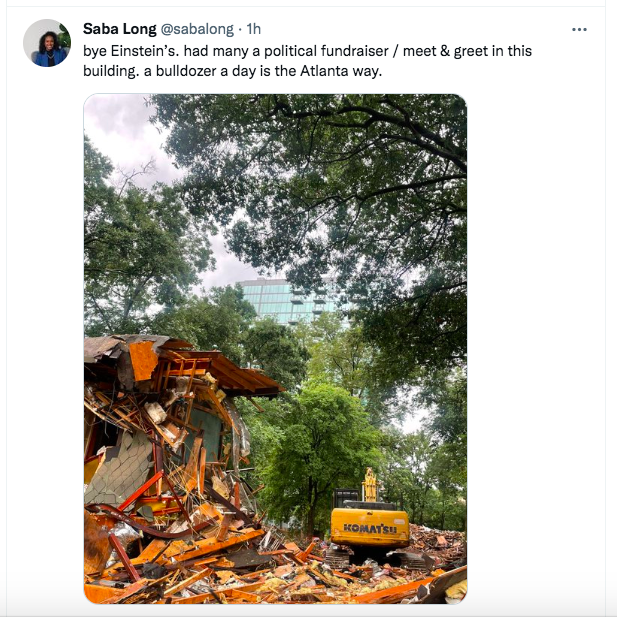 In place of Einstein’s and Joe’s on Juniper, Charleston-based Middle Street Partners plans to construct a two-building apartment project on the Juniper Street parcels, to include one of the tallest new Midtown high-rises in years.

According to Midtown Alliance, modified plans call for two buildings standing 38 and 34 stories with a total of 470 rental units.

Building permit details from March indicate the initial phase of work will include grading, utilities, streetscape improvements, and a stormwater management plan. 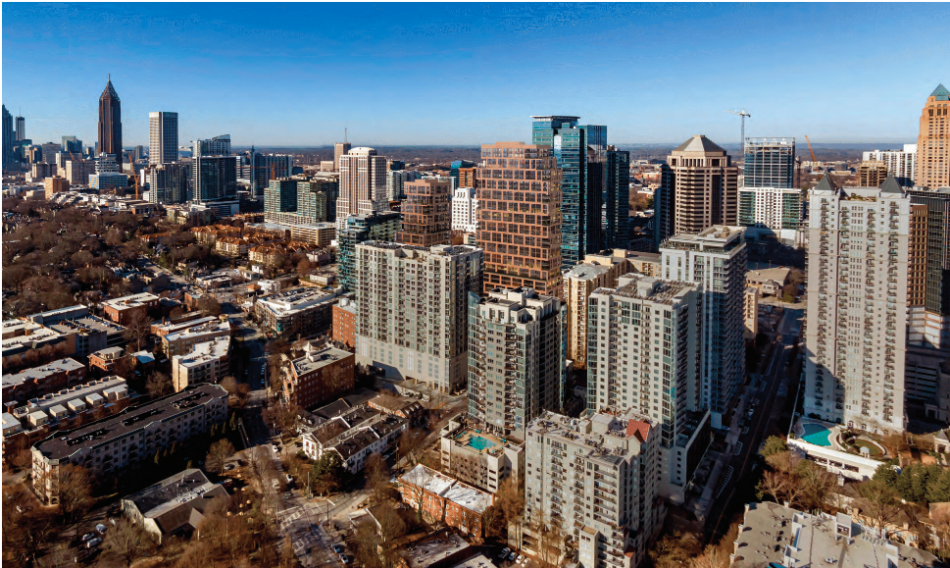 We’ve reached out to Middle Street reps for an updated construction timeline and will post any further details that come. Development officials said last year plans call for the taller tower to be built first, as phase one, followed by the shorter building on the southern end of the block near 11th Street.

In terms of sheer stories, the larger building would mark Midtown’s highest stack of homes since Related Group’s 39-story Icon tower wrapped in 2018.

Midtown Alliance’s development timeline indicates the Juniper Street project is expected to be delivered in fall 2024. Included in the plans are 8,600 square feet of retail space at street level and 690 parking spaces. (Find a closer look in the gallery above.)

Last spring, Middle Street officials said they were having discussions in hopes of bringing back “the beloved Einstein’s and Joe’s on Juniper as part of the new project,” in the retail component. Whether those talks continue or not is unclear.