Just when you think you’ve seen every type of Atlanta house, along comes a 1960s A-frame surrounded by pines, palms, and banana plants with a couple of practical shipping containers fused together in the backyard.

Not shockingly, a creation such as this is found in Northcrest, a midcentury-modern enclave near Spaghetti Junction. It’s not the neighborhood’s only A-frame, but the style is far less common than Northcrest ranches and modernized split-levels.

Located on sloping Foxford Drive, a few streets OTP off Pleasantdale Road, this groovy four-bedroom dwelling from 1969 has come to market at $600,000 even. 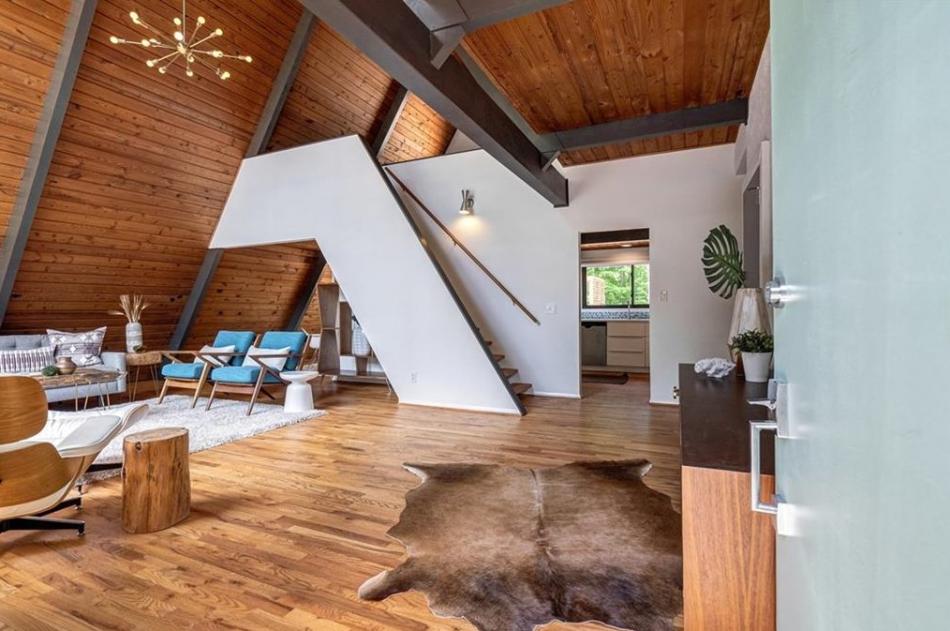 Perhaps the most unique aspect is the separate, trendy guest house and garage around back that have generated $40,000 annually in passive income, according to the rare, narrative-format listing.

As for nuts and bolts, the main house counts 2,156 square feet, three bathrooms, and a lofted office space—for people who prefer working without pesky total privacy. All tongue-and-groove ceilings are original, and soaring windows in the main living space do wonders to frame majestic pines. 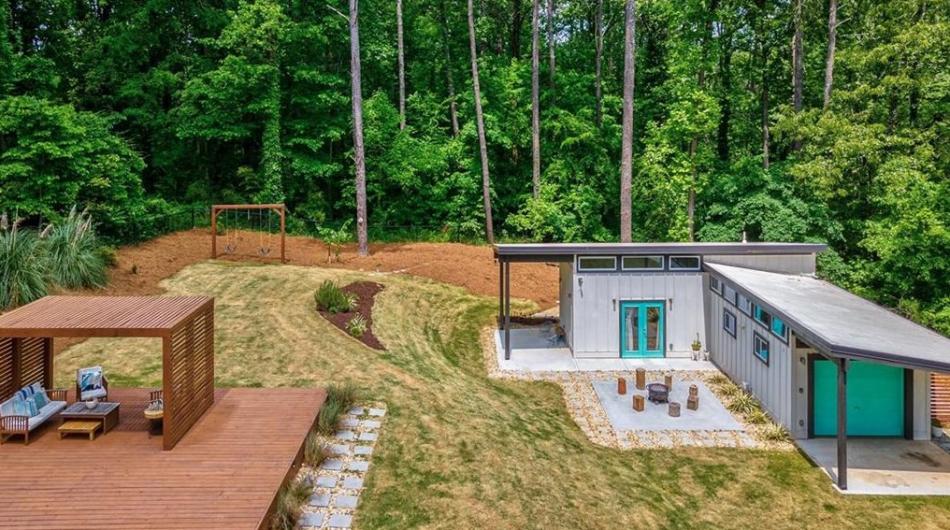 Bonus points for the cozy bar and living room downstairs, and outdoor hangouts that include a 1,250-square-foot deck. With summer coming on, the spacious backyard is all but begging for a pool within cannonball distance of either the deck or that Airbnb.

Northcrest, a tree-canopied, swim-tennis subdivision developed between the late 1950s and mid-’70s, is widely considered an architectural treasure trove. Inspired by the timelessly cool designs of Frank Lloyd Wright and Joseph Eichler, more than half of Northcrest homes qualify as MCM. All were customized to fit lots carved from hilly, forested land. 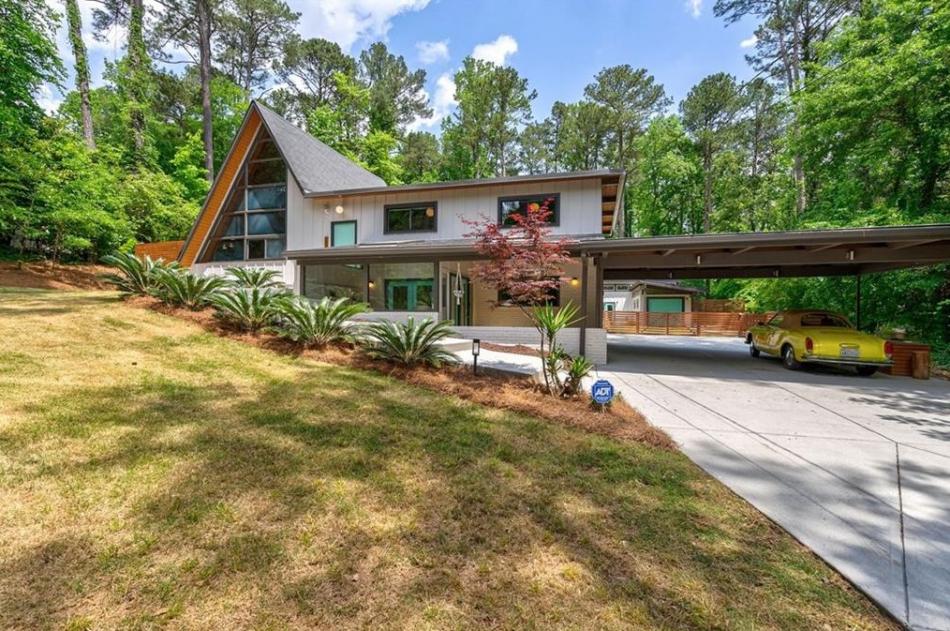 In the gallery above, have a gander at how this half-century-old domicile and its grounds have been reinterpreted for a 2022 crowd.