Midcentury modern purists might have a bone to pick with this place, but you could argue it’s another case around Atlanta where the “modern” aspect of these updated properties was tactfully done.

Still looking retro-futuristic (especially from the street) nearly 60 years after it was built, the Summitridge Drive dwelling brings enough unique design elements and overall vintage to qualify for atomic ranch status. It’s marketed as the antidote to vanilla renovations where grey and white rule.

This example of California cool is tucked away near Spaghetti Junction in Northcrest, a well-preserved, swim-tennis subdivision developed between the late 1950s and mid-’70s. It’s an architectural treasure trove—inspired by the timelessly hip designs of Frank Lloyd Wright and Joseph Eichler—where more than half of homes qualify as MCM, and all were customized to fit their lots. 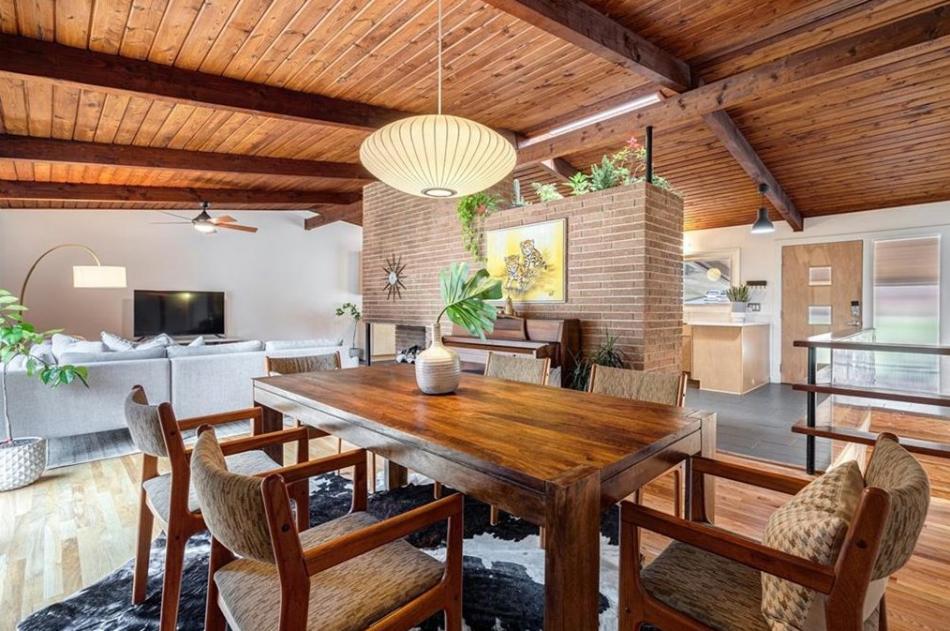 Inside, the Summitridge Drive property melds hallmarks of the genre like clerestory windows, an open fireplace, and tongue-and-groove ceilings with a modernized kitchen and bathrooms made more practical for today’s discerning buyer.

Perks include the hip, style-appropriate front door, a general openness in most rooms, a sizable carport (with EV charging), and the cherry on this layer cake of groovy: an eight-person, sunken hot tub around back overlooking a creek. 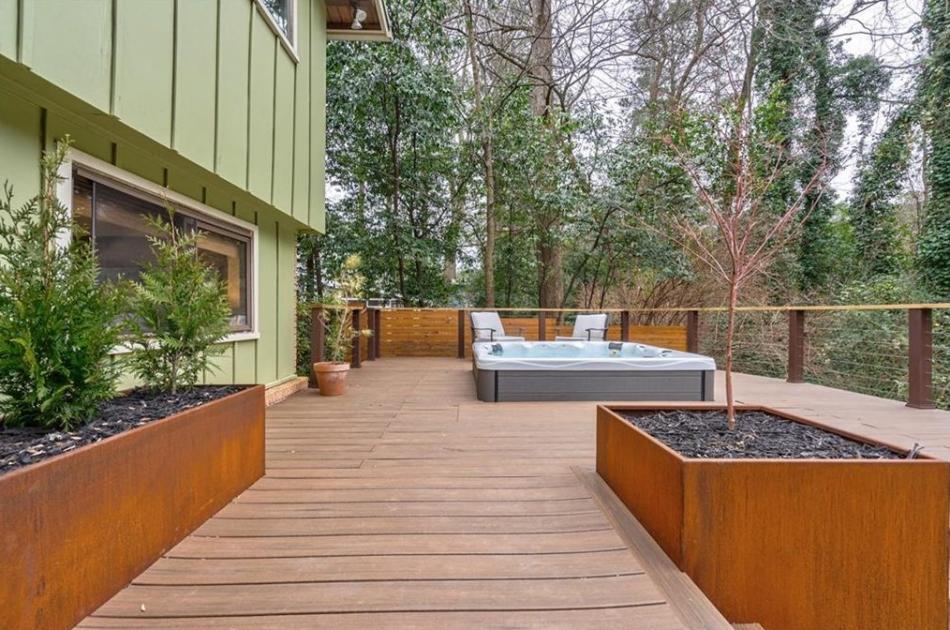 Now it's a party. Photos courtesy of Domo Realty 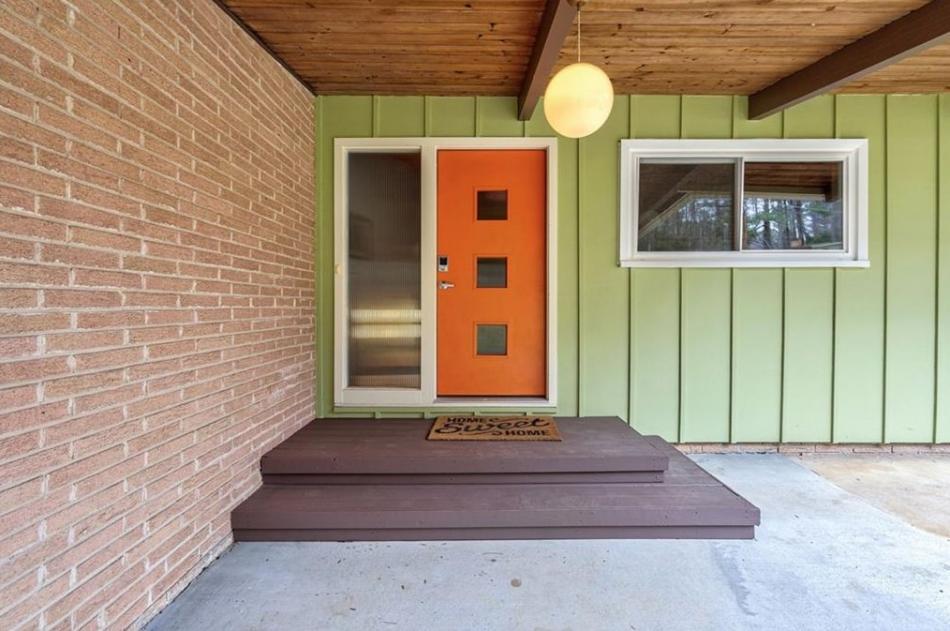 It brings a roomier 3,141 square feet than the somewhat modest façade might suggest. (Per the listing, it’s one of Northcrest’s larger floorplans, counting four bedrooms and three bathrooms.) There’s enough unfinished basement space, currently used as storage, to build out a fifth or sixth bedroom, a gym, sauna, studio, escape room, dungeon, whatever.

The bad news for MCM enthusiasts charmed by all the above?

Records indicate this 1964 throwback listed with Domo Realty on Wednesday at $570,000 and was under contract with hours. Regardless, enjoy a trip back in time (with touches of today) in the gallery above.