If reader input, strong App Store ratings, and anecdotal stories from the grapevine are any indication, MARTA’s rideshare experiment has been a pleasant and handy addition to public transit around Atlanta so far.

Now the reach of, well, MARTA Reach is set to significantly expand.

MARTA officials and their partners at Georgia Tech on Monday announced an expansion of the six-month, pilot rideshare service that’s designed to enhance connectivity to and from bus and rail stations and, in turn, grow the agency’s ridership base.

The pilot’s ITP operations will also be expanded into Avondale Estates and Westside neighborhood Dixie Hills. 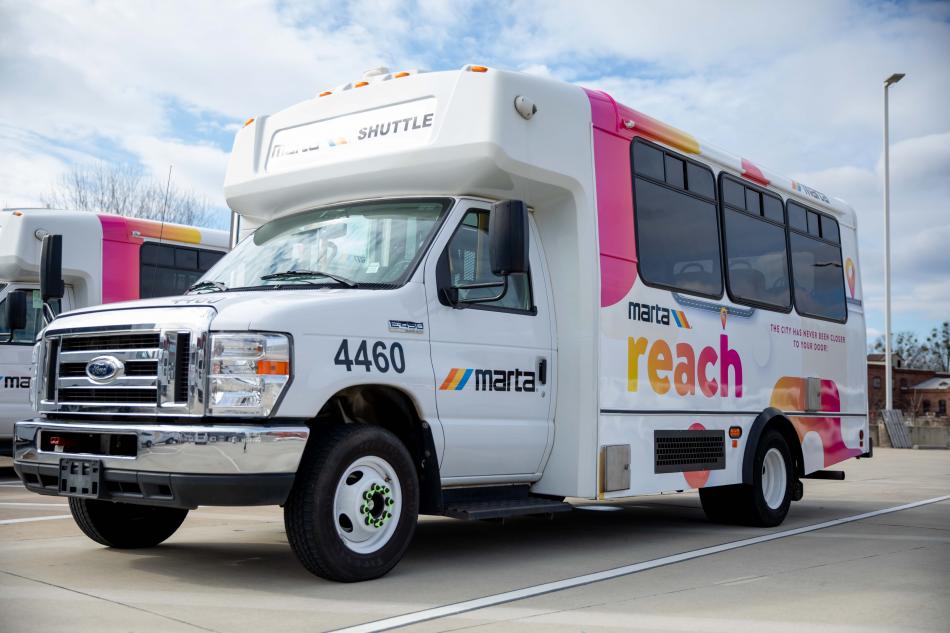 On Monday, the Dixie Hills and Belvedere expansions are expected to go live, providing new on-demand connections to MARTA’s West Lake and Bankhead stations with the former and Kensington station with the latter.

The other expansions will be activated May 30, according to MARTA. Points of interest in those zones include the mixed-use Avalon district, downtown Alpharetta, Georgia State University’s Alpharetta Campus, and on the flipside of the city, Clayton State University, Southern Regional Hospital, and Southlake Mall.

Each vehicle is both wheelchair and stroller-accessible. But keep in mind that, as a rideshare service, it’s possible other passengers could be picked up and dropped off during trips.

The program is testing how on-demand shuttles can get metro Atlantans to destinations easier and faster via MARTA. During the first two months, MARTA officials “have seen significant interest and loyalty from the early riders,” many of them taking multiple trips per day to connect to schools, daycares, social activities, grocery stores, and the broader MARTA system, said the agency’s chief customer experience officer, Rhonda Allen, in a press release.

Georgia Tech professor Pascal Van Hentenryck added that MARTA Reach’s expansion will allow more riders to have first and last-mile connectivity, while helping the tech team “to improve our understanding of the sweet spots for MARTA Reach, and where it best complements the existing MARTA network.”

In other transportation news, Atlanta Mayor Andre Dickens’ office announced today it will launch a nationwide search for a new transportation commissioner.

After more than two years at the helm, Atlanta Depart of Transportation Commissioner Josh Rowan has notified the mayor he’ll be resigning from his position, effective July 1.

Rowan was named ATLDOT’s first commissioner in January 2020, following his stint heading the Renew and TSPLOST Program as general manager beginning in 2019. He holds a bachelor’s degree in engineering from Georgia Tech and previously worked as a public sector consultant in the construction field.

Atlanta’s first DOT was announced to great fanfare in late 2019, and as its leader, Rowan was tasked with helping to improve a wide range of transportation-related operations. Those included the regulation of dockless e-scooters, implementing $200 million in safety-focused mobility projects announced under Atlanta’s previous mayor, and assisting MARTA with beefing up the city’s transit network by way of the $2.7-billion More MARTA program.

Prior to winning the mayor’s seat, Dickens served as City Council Transportation Committee chair and penned legislation that created ATLDOT. The mayor called Rowan an “incredible asset” and “valued partner as we stood up ATLDOT” in a prepared statement today.

“We will continue to build from the groundwork that [Rowan] helped us lay as we look to the future,” added Dickens. “As we continue to move Atlanta forward, I will be seeking a leader who shares our vision of a safe, accessible, and equitable transportation system. Atlanta is a city on the move, and we are busy building first-class infrastructure that supports safety for pedestrians, wheelchair users, cyclists, and motorists.”