The transformation of vacant, underused, or industrial property into various forms of housing around Edgewood’s MARTA transit hub is continuing in a major way.

It’s another step in the densification of Edgewood’s northernmost blocks near transit. Plans call for more than 20 new buildings and about 700 housing units total—a mix of apartments, condos, and townhomes—to replace the factory, joining more than 400 apartments recently built on MARTA parking lots next door. 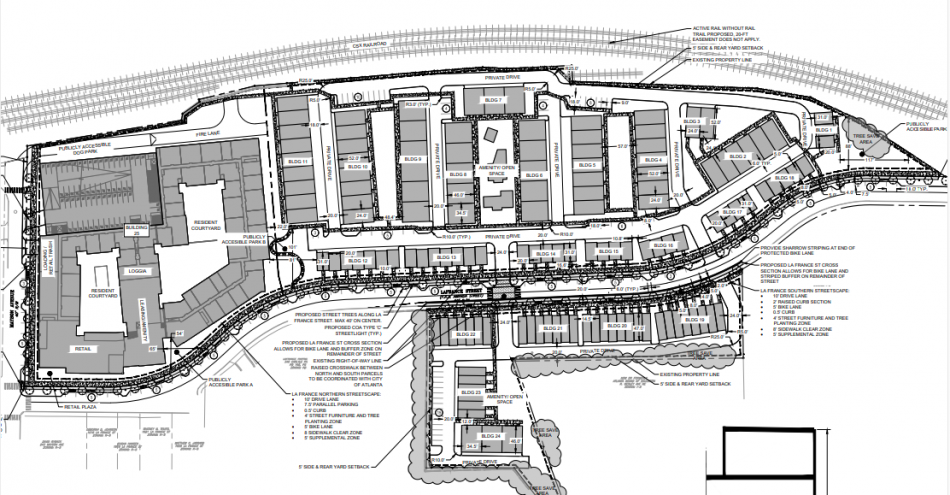 Toll Brothers and multifamily developer Hanover have partnered to redevelop the 13.3-acre pie factory site, which includes land on both sides of La France Street. Toll Brothers’ portion will include 260 townhomes and condos.

“It’s very early in the process, but site work will begin this summer, and we anticipate opening for sale in early 2024,” Jonathan Carter, Toll Brothers division president in Atlanta, wrote in an email.

Plans call for 24 separate structures spread across the acreage, including 450 rentals with retail at the base that appear to be branded “Hanover Eastside,” per renderings. Rents are expected to range from $1,650 to around $3,300, officials have said. 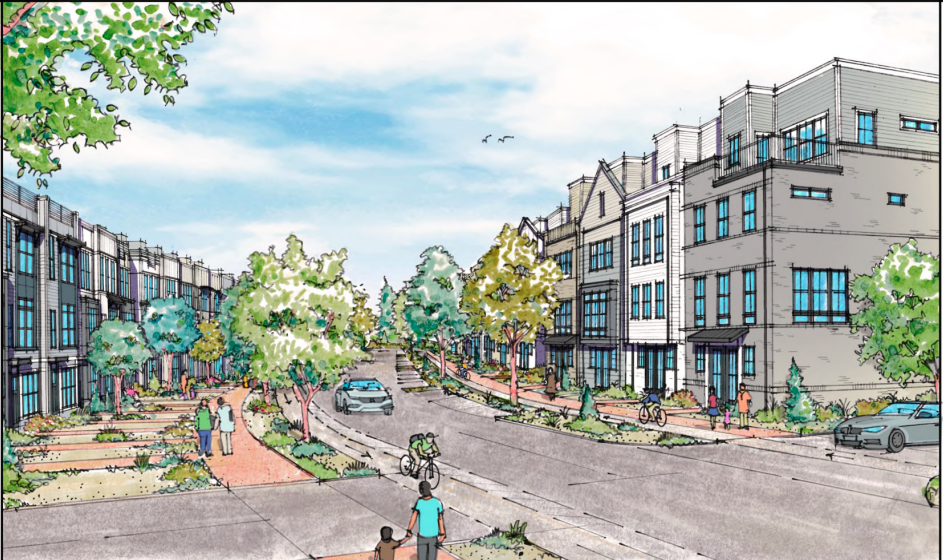 The remaining residences would be for-sale condos and townhomes ranging from $200,000 to $575,000, according to plans presented to neighborhood boards last year.

MARTA’s transit-oriented development also produced 224 apartments at the Spoke complex, offices, and forthcoming food-and-beverage concepts, with a public park in the middle.

In recent years, dozens of townhomes within a few blocks of the MARTA station have also taken shape, in addition to the eco-conscious pocket neighborhood La France Walk.

Have a closer look at what’s to come next in Edgewood, and the site’s context, in the gallery above.