Atlanta’s first all-electric transit buses are expected to roll out this week in a ceremony that fittingly coincides with Earth Day.

MARTA has scheduled a launch event Friday morning at the Edgewood/Candler Park rail station to showcase a bus fleet officials call the future of the transit agency.

But the quieter, device-charger-equipped vehicles won’t be hitting the streets just yet. MARTA expects to put its first three electric buses into service Sunday, May 1 along two east-west routes.

Those include Route 2, operating between MARTA’s North Avenue and East Lake stations, with connections to points of interest such as Ponce City Market and Fernbank Museum of Natural History. 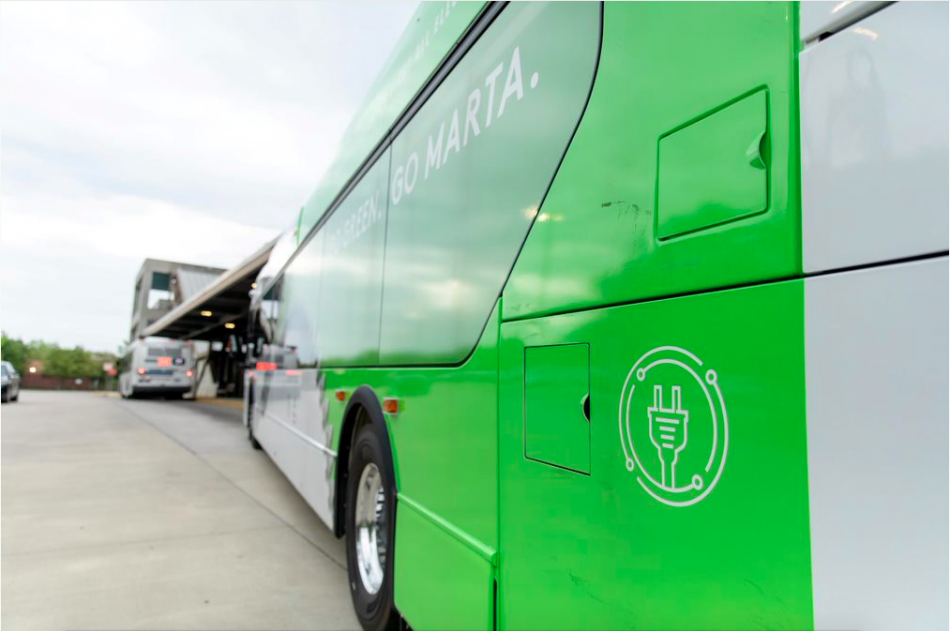 According to MARTA, the transit agency has three more electric buses ready to be put into service, but exactly when hasn’t been determined. MARTA also received federal funding recently to buy an additional six buses, bumping the total electric fleet up to 12.

MARTA officials last month credited U.S. Sen. Jon Ossoff and U.S. Sen. Raphael Warnock with obtaining $3.85 million in federal money to buy additional electric buses, as the agency seeks to transition toward zero-emission buses with aid from the $1.2-trillion infrastructure bill signed into law in November. (Last year, the Atlanta-Region Transit Link Authority, or ATL, also received federal funds to replace diesel-powered buses with a fleet of 10 battery-powered commuter coaches that will operate out of Clayton County with routes into Midtown and downtown.)

Have a sneak peek at vehicles to be showcased there, as provided to Urbanize Atlanta by MARTA, in the gallery above.