Following drama that included criticism from a former mayor, a war of words between MARTA leadership and elected officials, and at least one heated town hall meeting, the debate over whether fixed rail or bus transit will serve a key Southwest Atlanta corridor appears to be over.

MARTA’s Board of Directors on Thursday voted to move forward with plans for center-running, bus-rapid-transit lanes for a six-mile stretch of Campbellton Road where light-rail service had previously been planned.

Following community surveys and a two-year process of analysis and public engagement, MARTA officials say bus rapid transit, or BRT, emerged as the locally preferred alternative for what’s expected to be a $300-million transit and infrastructure investment on Campbellton Road. 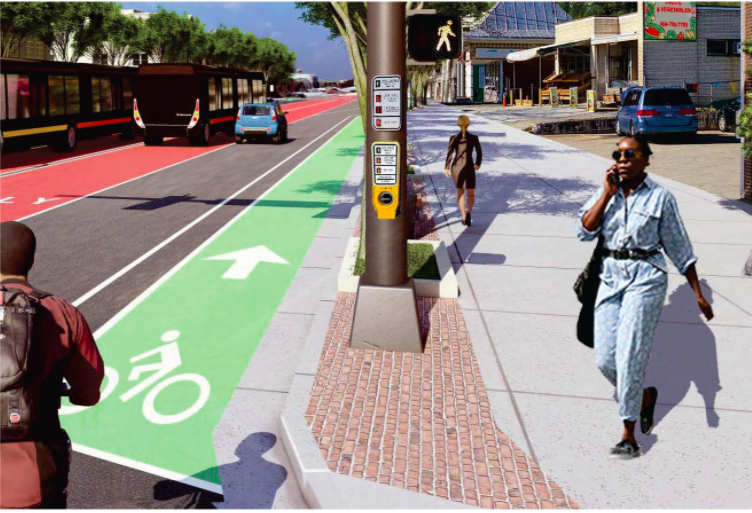 MARTA made its BRT plans for Campbellton Road—one facet of MARTA 2040, a multi-billion-dollar system expansion—official during a public presentation in February.

The system will stretch between the Barge Road park-and-ride parking lot and MARTA’s Oakland City train station. It will be funded by the half-penny sales tax voters approved for MARTA in 2016, which is expected to generate $2.7 billion, though MARTA officials acknowledged this week that more federal funding will be crucial for “filling in the gaps.”

The Campbellton Road route will be dotted with nine stations and connect to popular destinations such as a new Greenbriar transit hub and MARTA’s rail station in Oakland City.

“This will be a gold standard BRT system, complete with stations, platform-level entry at both doors, and dedicated lanes, very much like a rail system, but at a lower cost and with a faster construction completion time,” Collie Greenwood, MARTA’s interim general manager and CEO, said in a prepared statement. “Center-running BRT also allows us to invest more money in the corridor with pedestrian and cycling amenities and infrastructure features that benefit the entire community.”

Operating in dedicated center lanes, the bus system will reduce travel time along the Campbellton Road corridor by 35 percent, or 18 minutes, compared to MARTA’s current Route 83 buses, according to the transit agency. 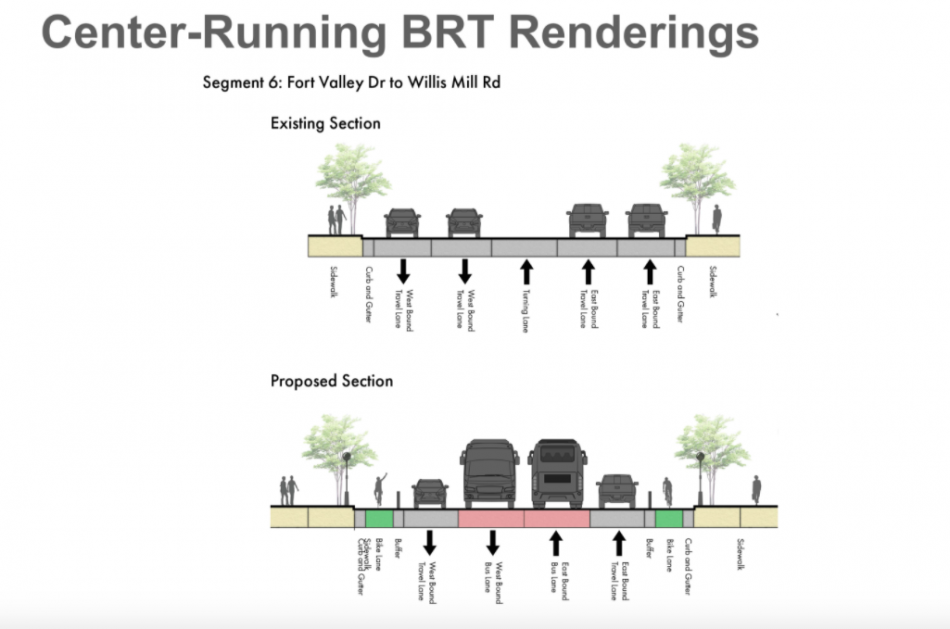 According to MARTA's announcement, “close to half” of people surveyed in the area since 2019 preferred the BRT option, with 90 percent of them “mentioning the need for infrastructure improvements and better access for cyclists and pedestrians along the corridor.”

MARTA Board Chair Rita Scott said the notion that BRT is inferior to light rail is “simply not true.”

“BRT is a premium transit service that can be delivered faster, for less money, operate more affordably, and is much more flexible than fixed rail transit, making it the clear choice for this corridor and the best use of taxpayer money,” Scott said in a press release. “I’m confident as this project comes to fruition, the people who live and work in this corridor will agree.”

Next steps for the BRT project include submitting a National Environmental Policy Act checklist to the FTA (a potential funding source), beginning preliminary engineering studies, and starting to plan activities around the aforementioned Greenbriar transit hub.

MARTA’s goal is to have the BRT system up and running on Campbellton Road in 2028.