The landscaping has been planted for months. Construction crews appear to have departed. The “Hello Memorial Drive” sign has been hung to welcome patrons.

Yet the discount Memorial Drive grocery option that eastside Atlantans have been pining for doesn’t expect to open for at least a couple of months.

Public relations personnel with German grocery chain Lidl tell Urbanize Atlanta their team “is working to put the finishing touches on the Memorial Drive store” and is now expecting to open sometime this fall.

Atlanta’s first eastside Lidl (pronounced “lee-dl”) at 1807 Memorial Drive was previously scheduled to open in the first half of 2022. When asked in April for a construction update, Lidl reps said finishing touches were also being applied then.

Lidl spokesperson Jessica Shangle didn’t address emailed inquiries about what’s causing the delay on Memorial Drive, be it shortages of labor and/or supplies, or some other issue.

“We are very excited to continue our store expansion in the Atlanta area,” Shangle wrote via email, promising to relay an opening date as soon as it’s set.

The retailer that touts its ability to offer “high-quality, award-winning products at unbelievably low prices" wouldn’t have much competition for several miles in the rapidly growing Memorial Drive corridor.

But delayed openings of Lidl locations in the U.S. aren’t exclusive to Atlanta. 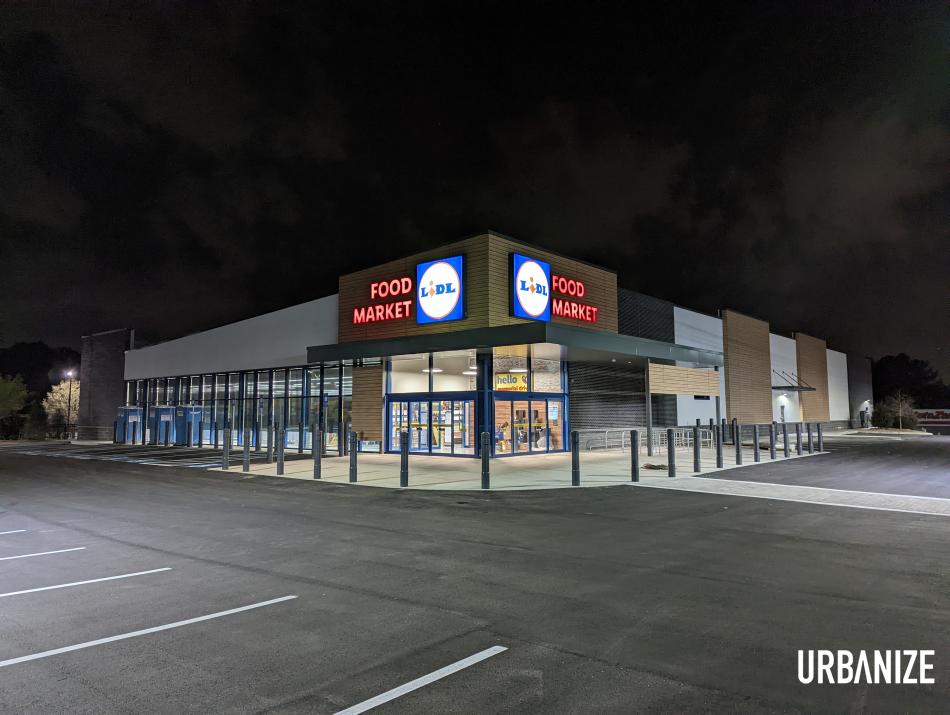 Just before pandemic lockdowns in 2020, the grocer pushed back a grand opening in New Jersey by a week. More recently, Lidl has bumped the debut of a Delaware store to sometime this fall, even though its construction was completed in fall 2021. Lidl reps told Delaware Business Now! that supply chain issues related to the COVID-19 pandemic were to blame.

Lidl is hiring for full-time positions as both store associates and supervisors at the Memorial Drive location, according to the company’s online postings. Lidl offers “leading wages and [a] benefits package that includes healthcare insurance for all full and part-time employees,” according to a previous statement.

The 30,000-square-foot store is the latest in a dozen Lidl locations to sprout across metro Atlanta.

The broader Parkview Station shopping center counts AutoZone, gym Liv Fitness, and the all-girls Ivy Prep Academy at Kirkwood as tenants. Lidl’s corner site was previously home to a fire-damaged, former Pizza Hut that had been shuttered for several years. 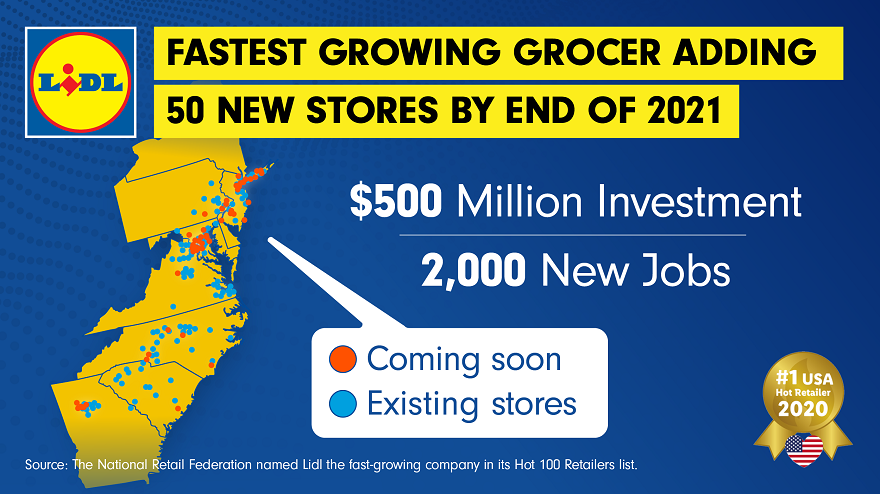 The grocer's East Coast expansion plans, as of two years ago. Lidl; 2020

In the past two years, Lidl has opened metro Atlanta outposts from Marietta to Suwanee and a new ITP store in Brookhaven, at a shopping center near the intersection of Briarcliff and North Druid Hills roads.

When DeKalb County officials approved Lidl’s Memorial Drive project in early 2020, they praised its lower-cost options in an area without another large grocer closer than a Publix in East Lake, two miles away.