Editor's note: Last month, Atlanta City Council legislation was introduced to make Atlanta Streets Alive a monthly event. The measure would close a three-mile stretch of Peachtree Street to vehicles for four hours one Sunday per month, for at least a year.

The car-free Peachtree celebrations wouldn’t start until January, allowing the Atlanta Department of Transportation time to plan events and accommodate healthcare providers, businesses, and cultural institutions along the route. (Pushback has already come from influential and perhaps surprising places, including the Fox Theatre.) On-street parking revenue and a dedicated fund for Streets Alive overseen by ATLDOT would fund the initiative.

Officials behind Underground Atlanta's redevelopment, for one, are all for more frequent pedestrian and bicycle takeovers of Peachtree. In this Letter to the Editor, the historic downtown property’s creative director explains why:

If you haven’t been to Underground Atlanta recently, you might not recognize it.

Our team’s been hard at work, bringing life and vibrancy back into an arts and entertainment district that was once a staple of our city.

But, as many other businesses in South Downtown can attest to, attracting Atlantans to our location can be difficult.

That’s why Atlanta Streets Alive is so important for our neighborhood (and many others around the city) and why we need your help to make it a calendar staple.

Atlanta Streets Alive is an initiative that temporarily closes streets to cars and provides space for the community to walk, bike, skate, and roll—ultimately getting communities active and changing the way people view their streets and transportation.

Having attended nearly every event since it was introduced in 2010, I know firsthand the positive impact Atlanta Streets Alive has on local businesses and residents alike. 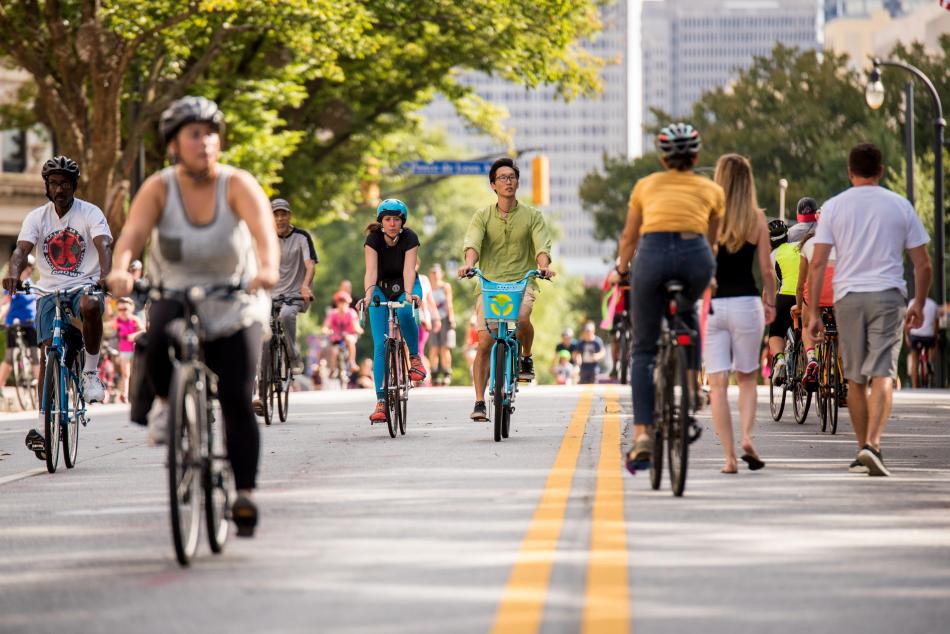 By temporarily closing Peachtree Street, we’re able to get people out of their vehicles and into the community. As a result, they’re able to meet each other and experience attractions they might not have noticed before, like historical buildings, small parks, and more.

This will encourage them to return later (30 percent of attendees say they'll frequent the businesses they visited more after Atlanta Streets Alive is over), or take a job, or even find a home in our area.

The Atlanta City Council will soon vote on legislation that would allow Atlanta Streets Alive to take place one Sunday a month on Peachtree Street from South Downtown to Midtown. If passed, this would bring a regular flow of activity back into one of our city’s most historic corridors—and would allow residents to experience Atlanta in a healthier, more livable, and more sustainable way.

Additionally, by focusing on one initial route and increasing the frequency of the activations, we can truly demonstrate what streets that serve all Atlantans could look like.

Please join me in encouraging the council to vote “yes” and help bring human-centered life into an area of Atlanta that needs it most.