One of Atlanta’s most Instagrammed, free tourist destinations is set for a comprehensive, people-friendly makeover that honors a late Civil Rights icon and longtime city resident.

Plans for a memorial park at the base of the John Lewis HERO Mural, a towering 65-foot portrait painted by artist Sean Schwab a decade ago, have been kicking around Sweet Auburn since at least last year.

Come Saturday, however, what’s now called the Good Trouble John Lewis Memorial Park is expected to be formally introduced and moving toward construction.

The Butler Street Community Development Corporation, which owns the 219 Auburn Avenue property that’s currently a parking lot, is scheduled to announce the project to commemorate the two-year anniversary of the day the late Georgia Congressman was buried, as the AJC reports.

The goal is to create a pocket park—equipped with Wi-Fi and outdoor workstations, and designed with the help of Savannah College of Art and Design—where visitors can be productive while reflecting on Lewis’ legacy, as opposed to simply popping selfies in a vacant parking lot and scatting, according to Butler Street CDC leaders. 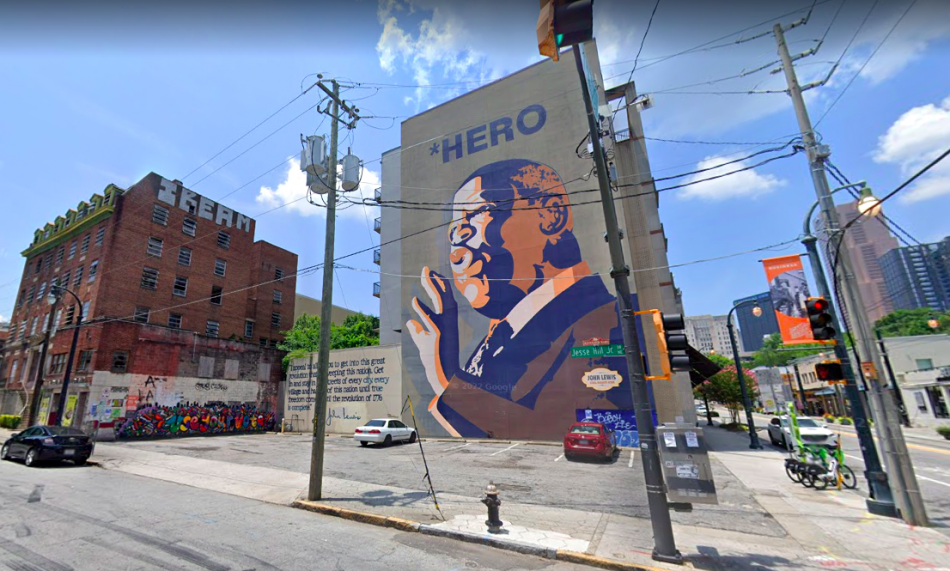 The current parking lot and building conditions at the corner of Jesse Hill Jr. Drive and Auburn Avenue, beneath the 65-foot Lewis mural. Google Maps 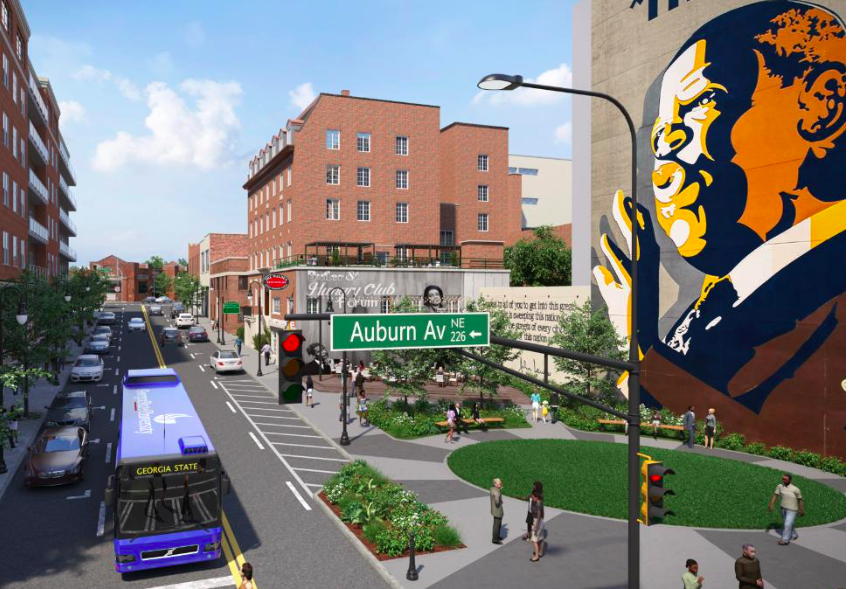 Specifically, plans call for grassy spaces, an eternal flame honoring Lewis, seating, new lighting casting the mural aglow, and an interactive feature attached to the mural, which is set for a $40,000 spruce-up funded by several community groups in Sweet Auburn, the newspaper reported.

Butler Street CDC heads say the park could open as early as next year. It’s expected to cost around $3.5 million, as funded by contributing businesses, groups, and agencies.

According to Central Atlanta Progress, the mural has been featured in several film and TV productions and was voted the city’s best by AJC readers in recent years.

WSB-TV has reported that business owners in the Sweet Auburn area have logged nuisance complaints related to crowds that tend to gather around the mural and carouse. A park, the business community has decided, is the best way to remedy that, according to the news outlet.

The pint-sized greenspace could be just part of a much broader revitalization in the district.

A program called the Sweet Auburn Technical Assistance and Predevelopment Fund has identified about $400 million in real estate investment potential that appears viable within a few blocks.

The program launched in early 2019 as a team effort by Invest Atlanta and Central Atlanta Progress. The goal was to provide funding to organizations with a mission to build projects that would help lift up Sweet Auburn, by way of affordable housing, revitalized commercial space, and historic preservation.

It concluded last fall and provided a capital infusion of more than $1.7 million to longtime property owners contemplating how to make “mission-driven real estate development” a reality, according to project leaders.

That prompted an additional $7.3 million in Eastside TAD financing for construction in Sweet Auburn—and what’s now considered a pipeline of $400 million in potential building projects. 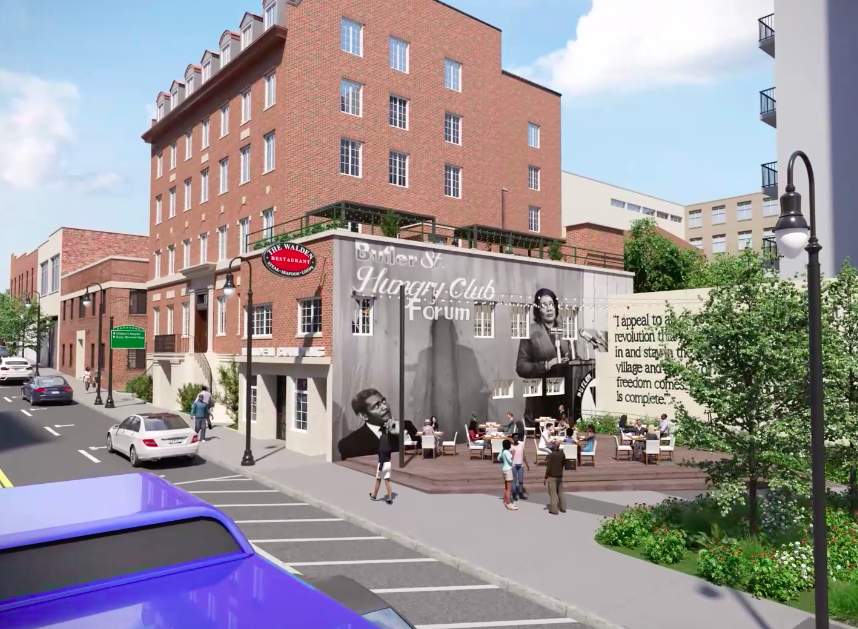 Overall, 20 sites in the neighborhood have received assistance. That help has ranged from market analyses, design services, and financial feasibility studies to historic tax credit consultancy, with a focus on women and minority-owned organizations, as Invest Atlanta and CAP leaders said in October.

The historic neighborhood, nestled in the blocks just east of Peachtree Street downtown, was once considered the richest Black district in the world, but it’s suffered from disinvestment, blight, and do-nothing landowners for much of the past half-century. Calls for thoughtful preservation and redevelopment have been ringing out for years.