When it comes to downtown real estate movement, the lion’s share of buzz lately has centered around blocks near the Gulch, the potential for a revitalized Underground Atlanta, and now the rumored transformation of John Portman’s iconic Peachtree Center offices into hundreds of stacked homes.

The historic neighborhood, nestled in the blocks just east of Peachtree Street downtown, was once considered the richest Black district in the world, but it’s suffered from disinvestment, blight, and do-nothing landowners for much of the past half-century. Calls for thoughtful preservation and redevelopment have been ringing out for years.

Now, however, a program called the Sweet Auburn Technical Assistance and Predevelopment Fund has identified about $400 million in real estate investment potential that appears viable within a few blocks.

That’d be enough to cover the initial redevelopments of Ponce City and Krog Street markets combined. 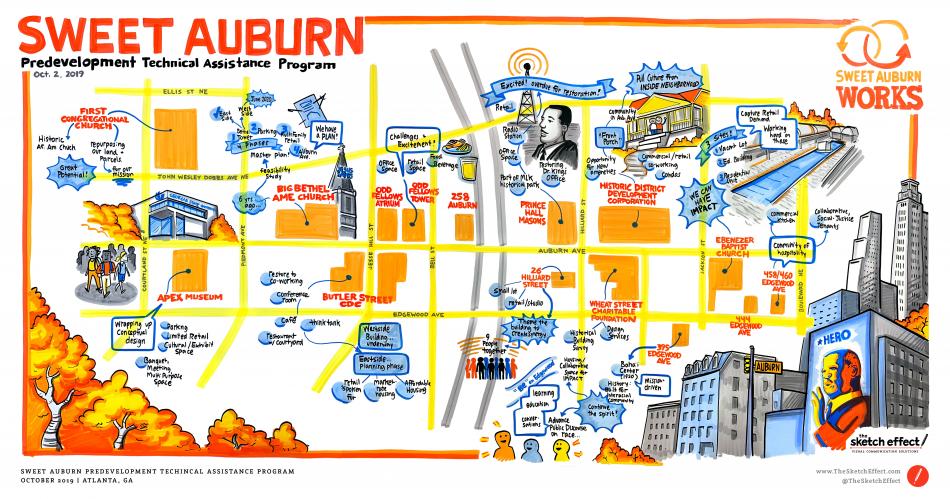 The scope of the area studied since early 2019. The Sketch Effect/Sweet Auburn Works

The program launched in early 2019 as a team effort by Invest Atlanta and Central Atlanta Progress. The goal was to provide funding to organizations with a mission to build projects that would help lift up Sweet Auburn, by way of affordable housing, revitalized commercial space, and historic preservation.

Having recently concluded, the initiative provided more than $1.7 million to longtime property owners who were contemplating how to make “mission-driven real estate development” a reality, according to project leaders.

Overall, 20 sites in the neighborhood have received assistance. That help has ranged from market analyses, design services, and financial feasibility studies to historic tax credit consultancy, with a focus on women and minority-owned organizations, as Invest Atlanta and CAP leaders announced this week.

One beneficiary was Rev. John Foster, senior pastor at Big Bethel African Methodist Episcopal Church, who was in the dark about the redevelopment potential of his church’s Sweet Auburn campus prior to the program.

“With the seed money provided by CAP, we were able to put out an RFP, get expert advice on how to best improve our properties, and receive needed support to make it happen,” Foster said in today’s announcement.

Finished in 2020, the first phase of Big Bethel’s development saw the preservation and renovation of Bethel Towers, which now offer 180 apartments for families at rents deemed affordable.

Hundreds of rentals and an infusion of retail are planned in the next two phases. 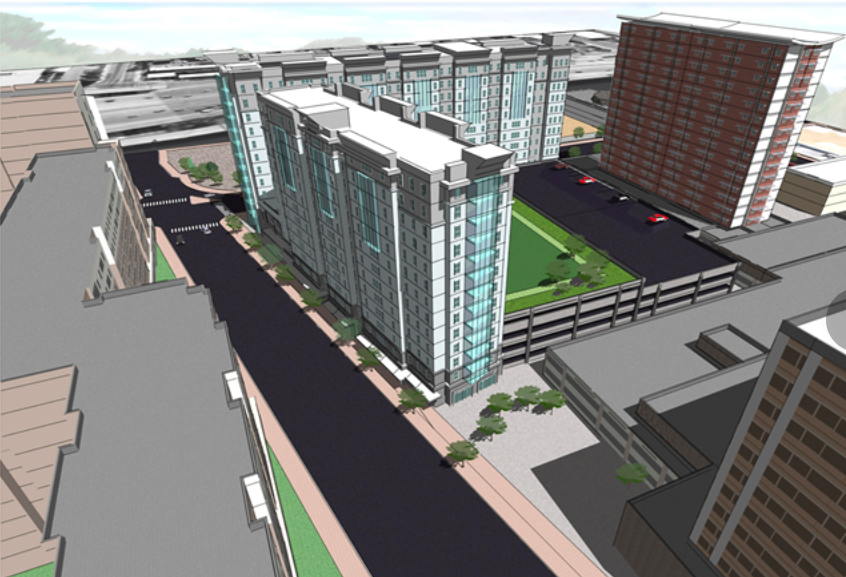 Other projects explored include a renovation of the historic Prince Hall Masonic Lodge; the Historic District Development Corporation’s mixed-use “Front Porch" concept that aims to break ground next year; and a proposal to redevelop land owned by Butler Street Community Development Corp. near the famed John Lewis mural.

Beyond that, officials say 15 other medium and large-scale projects have been made possible with the redevelopment funds. (For an engaging rundown of plans for key sites, see the story map at the bottom of this website.)

“Greater economic equity through programs like this fund,” said Klementich, “enables more people to engage at a higher level and add value in ways that help the economy perform better overall.”