A mixed-use venture that aims to serve as a gateway to northeast Atlanta neighborhoods, Emory University, and a billion-dollar hospital expansion is beginning to make its mark on North Druid Hills.

Lumen Briarcliff, the latest Lumen-branded project to pop up in growing subsections of ITP Atlanta, has cleared about 3.5 acres and begun vertical construction along Clairmont Road, just south of Interstate 85 and north of Briarcliff Road.

Formerly home to a half-dozen low-rise buildings—some abandoned, others operating as auto repair shops and an Express Oil Change—the properties were acquired by Atlanta-based developers Stein Investment Group and Atlantic Residential in late 2021. Demolition work began this past spring. 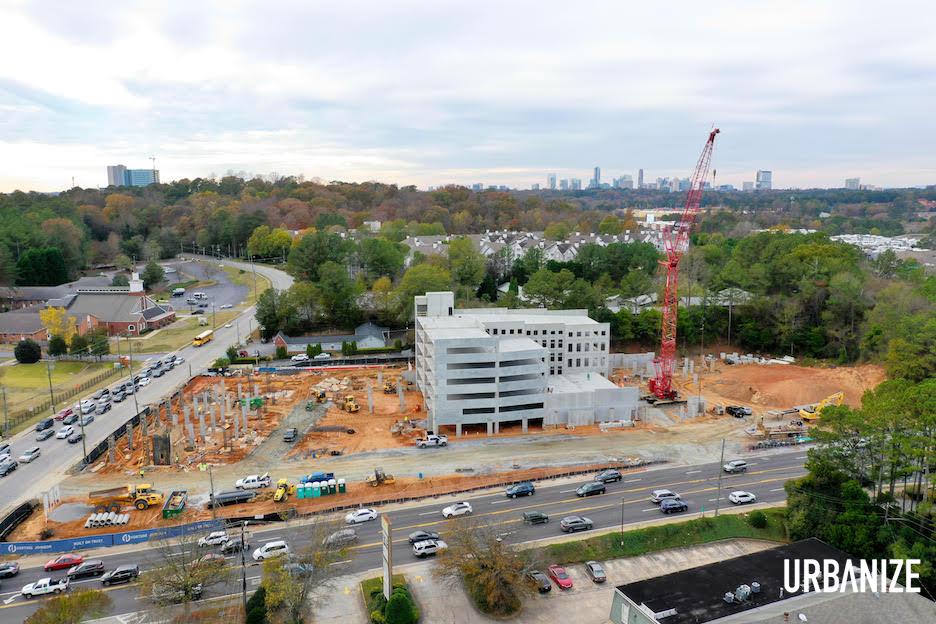 Plans for this Lumen incarnation call for 264 apartments, all described as “luxury,” across three separate buildings, as designed by the Lord Aeck Sargent firm.

One of those building will be a 3,900-square-foot, freestanding restaurant situated right at the intersection of Clairmont and Briarcliff roads.

The building fronting Briarcliff Road will also include 5,400 square feet of retail and restaurant space at street level.

Developers note in a project description Lumen Briarcliff will provide “a fantastic streetscape experience” along the intersection, with “wide sidewalks, street trees, landscaping, and lighting.” 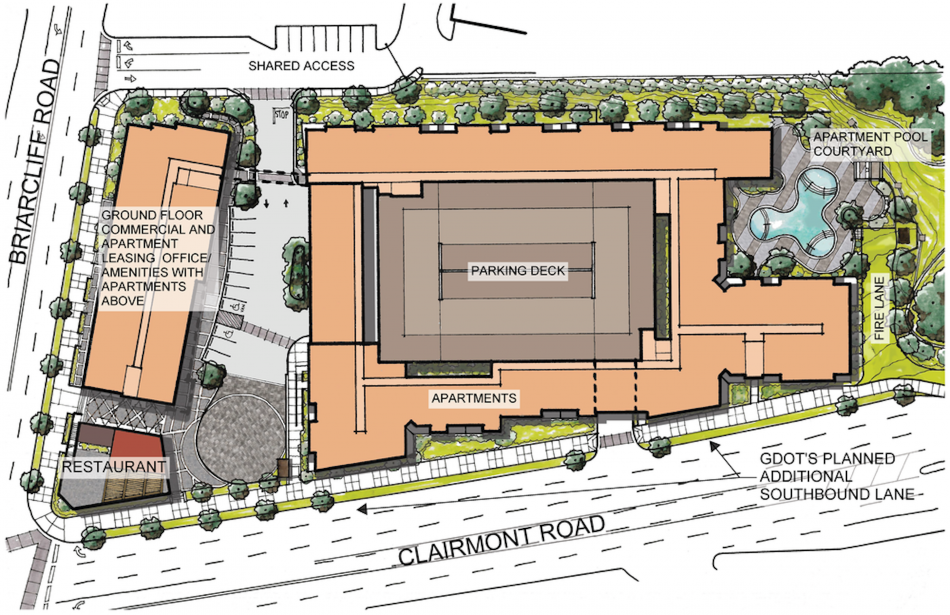 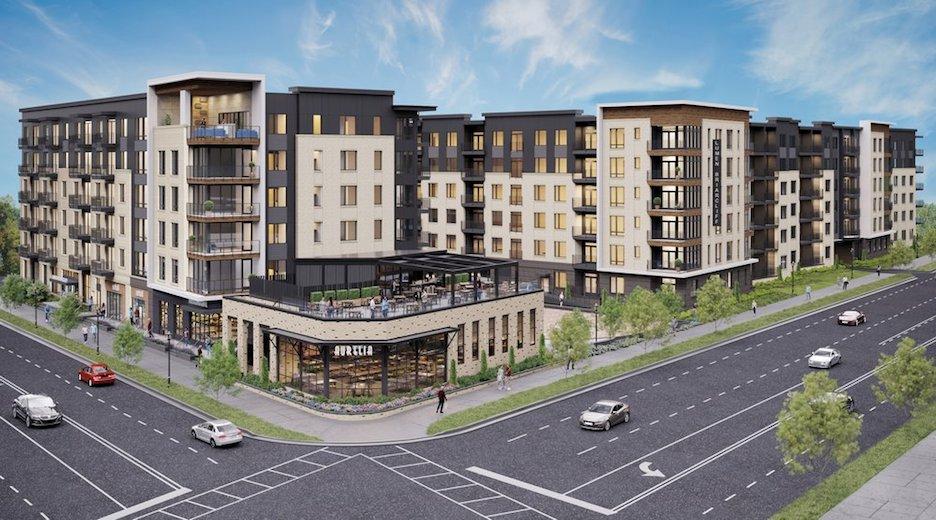 The construction timeline calls for the first Lumen apartments to become available in the fourth quarter of 2023, followed by retail and restaurant spaces opening for business in early 2024. Construction is expected to wrap in the second quarter of 2024, per developers.

Other projects in the development team’s portfolio include Lumen Grant Park on Memorial Drive (237 units) and Lumen Doraville (320 units).

See how the latest Lumen-branded project in Atlanta is shaping up in the gallery above.

• Images: $1.5B Arthur M. Blank Hospital has risen up over Atlanta (Urbanize Atlanta)