Chamblee leaders expect the north ITP city to take major steps toward swapping its industrial past for a more people-focused, cohesively urban feel in 2022.

In terms of construction cranes and demo jobs, the growing city of roughly 31,000 could look like a miniature version of Midtown soon.

Rob Smith, Chamblee's Downtown Development Authority chairman, recently briefed Urbanize Atlanta on the status of five projects—each underway or with groundbreakings on the horizon this quarter—considered vital to a broader Town Center vision. Having tripled its population since 2010 (thanks in part to annexation), Chamblee swore in its first LGBTQ mayor last month, Brian Mock, along with other fresh faces on the city council.

“You have five projects that are either started or coming out of the ground in the next few weeks,” said Smith. “[They] should all deliver in the next 12 to 18 months, completely revitalizing vacant lots and warehouses, along with improving the pedestrian infrastructure, like our Rail Trail.” (More on that in a moment.) 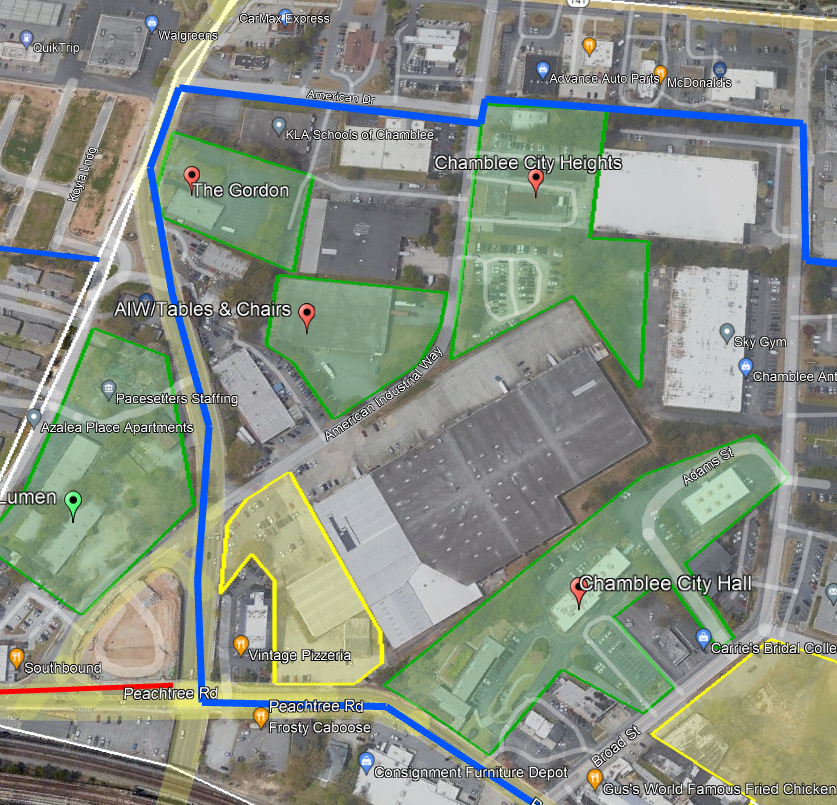 An overview of the five development sites in question, depicted in green. Courtesy of Chamblee Downtown Development Authority

Chamblee’s DDA had purchased five properties within the Town Center project boundaries, and then selectively sold them off to three different development partners whose proposed uses fit the Town Center vision, Smith said.

All of the ground-up projects are expected to break ground this quarter, laying the foundation for future Town Center phases. Each is expected to benefit from proximity to Chamblee’s MARTA rail station and the city’s growing multi-use trail. A quick rundown: 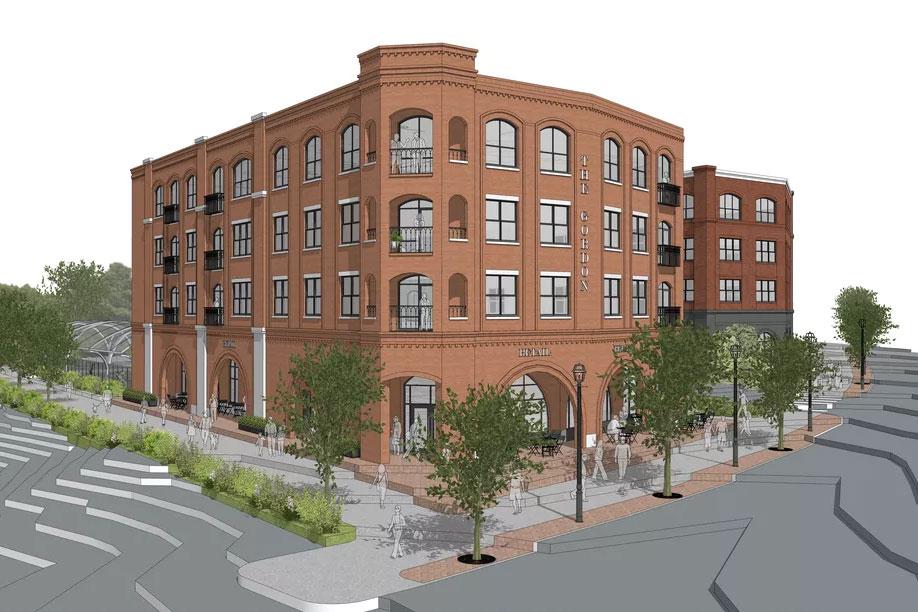 In the pipeline for three years, this 56-unit Windsor Stevens Holdings project is expected to bring for-sale condos and roughly 7,500 square feet of commercial space.

Expect three buildings at The Gordon, consuming about 1.3 acres on Chamblee-Dunwoody Road. Plans call for two of those buildings to add retail at street level. It’ll be located about two blocks from eateries and shops in Chamblee’s historical commercial core. 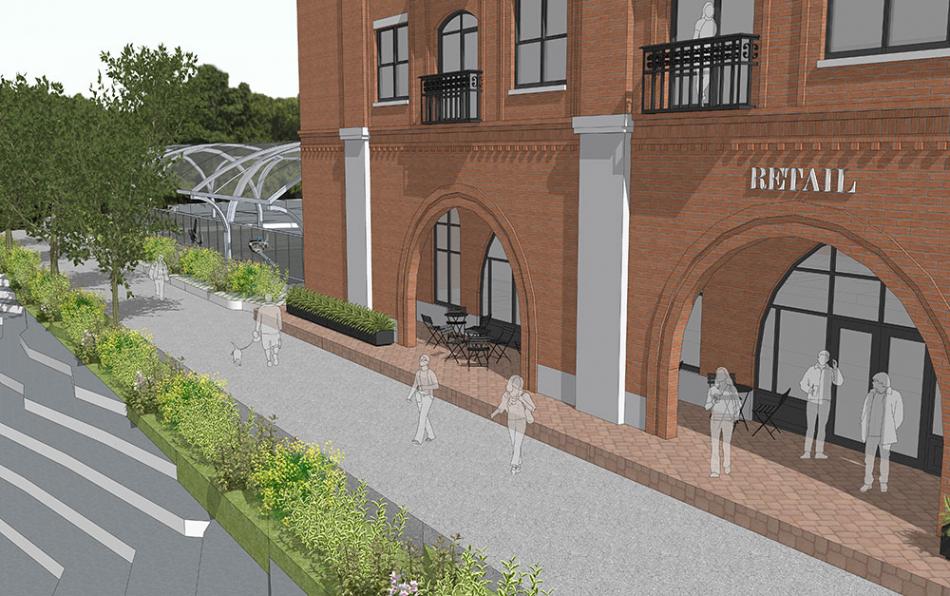 Across the street from The Gordon condos, construction is underway on a 35,500-square-foot warehouse redo at 2135 American Industrial Way, with patio seating in front.

Officials with Seven Oaks Company and Packard Capital, a joint venture on the project, have said the 2-acre site will be fully converted and open for tenants in June. 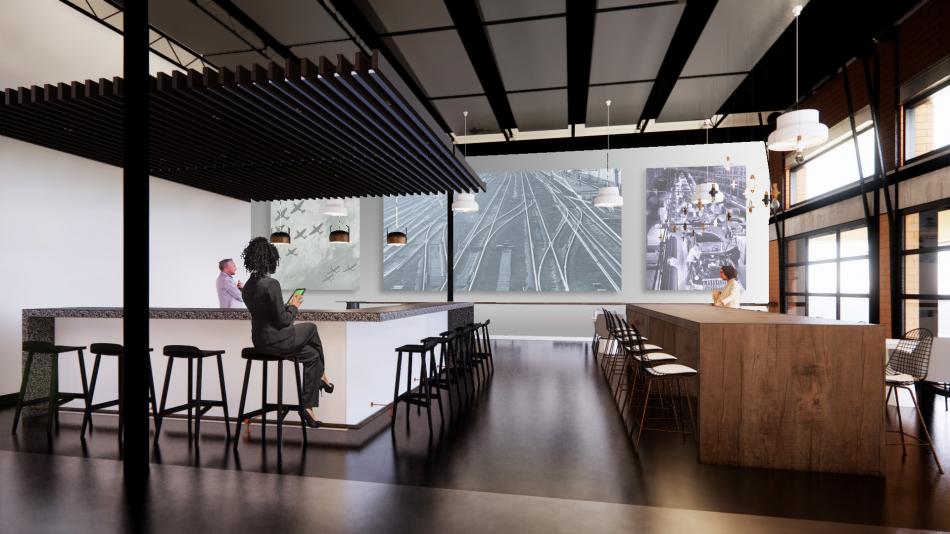 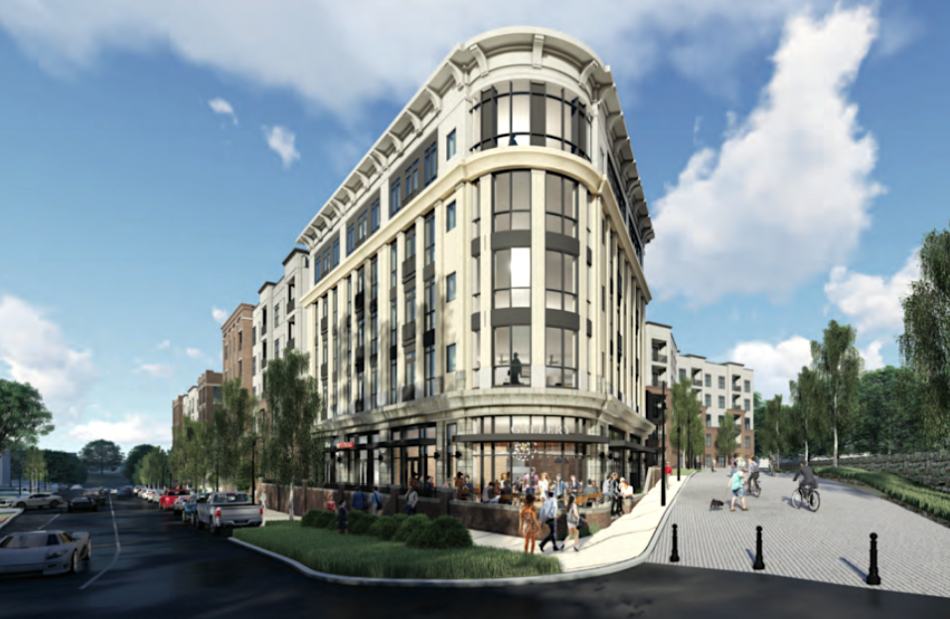 How one section of apartment community Chamblee City Heights is expected to interact with the street. The Worthington Companies; designs by Rule Joy Trammell Rubio

Making the most of an oddly shaped site along the future Town Center’s western edge, this Worthington Companies venture is planned to include 240 multifamily units and 13,000 square feet of shops and restaurants. The Rule Joy Trammell Rubio firm is onboard with designs. 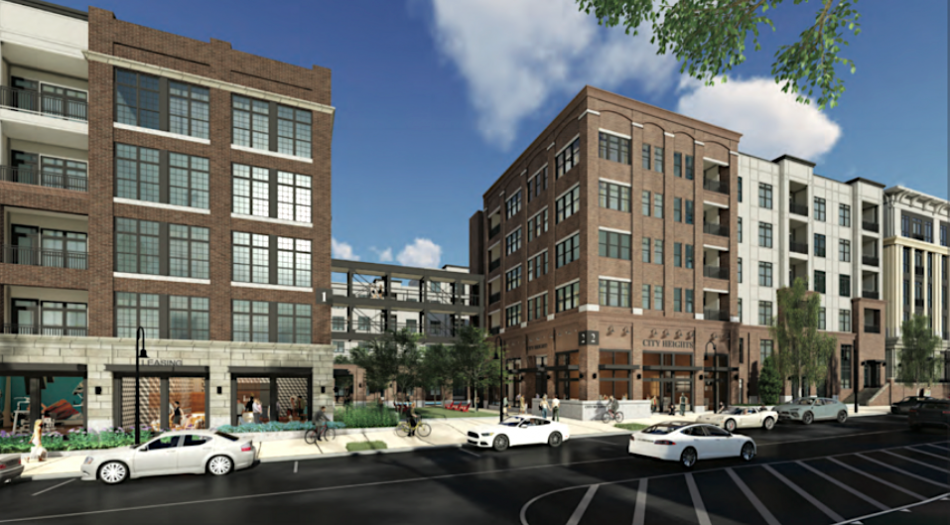 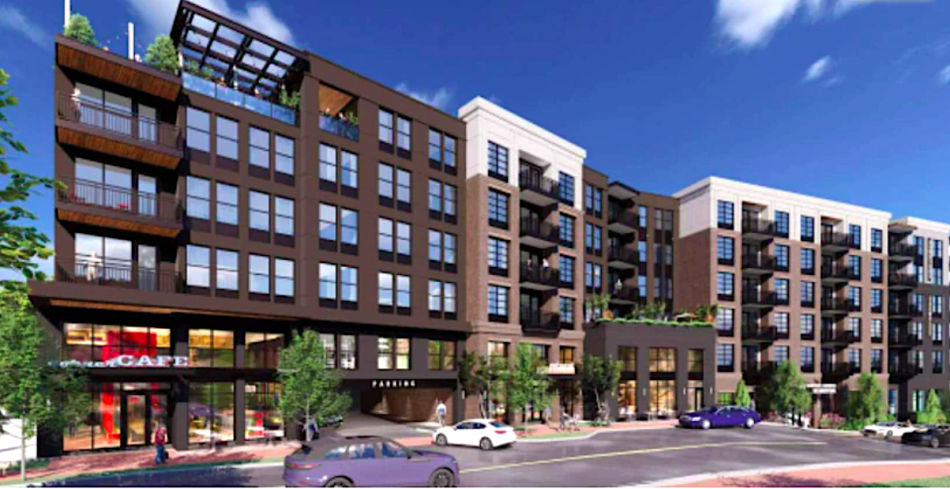 “[It’s] separate from our Town Center planning but a project the DDA partnered on,” noted Smith, “to add public parking, a Rail Trail extension, and crosswalk improvements.” 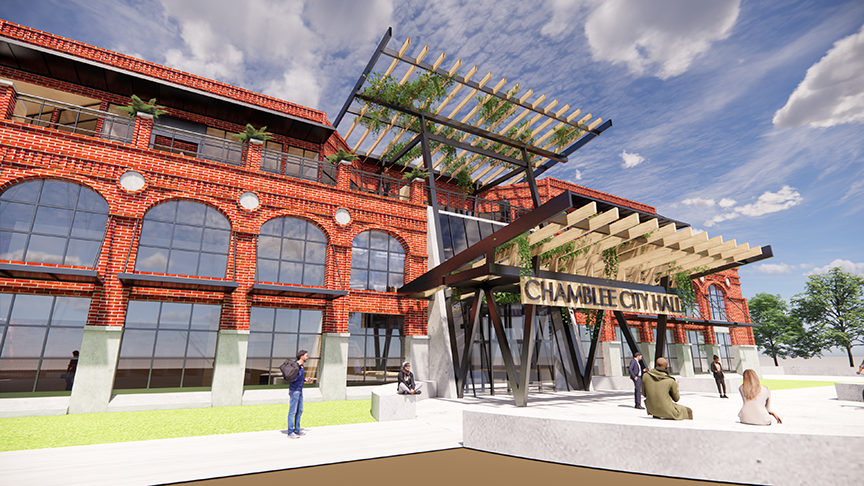 Meanwhile, a new 28,000-square-foot Chamblee City Hall is expected to deliver later this year and act as a gateway to the rest of the Town Center, with aesthetics that “allude to the mercantile feel” of Chamblee, according to the Goodwyn Mills Cawood architecture and engineering firm.

Components will include city office spaces, the city council chambers, and a community room, along with a new plaza outside. It replaces the city’s old civic center and police department. 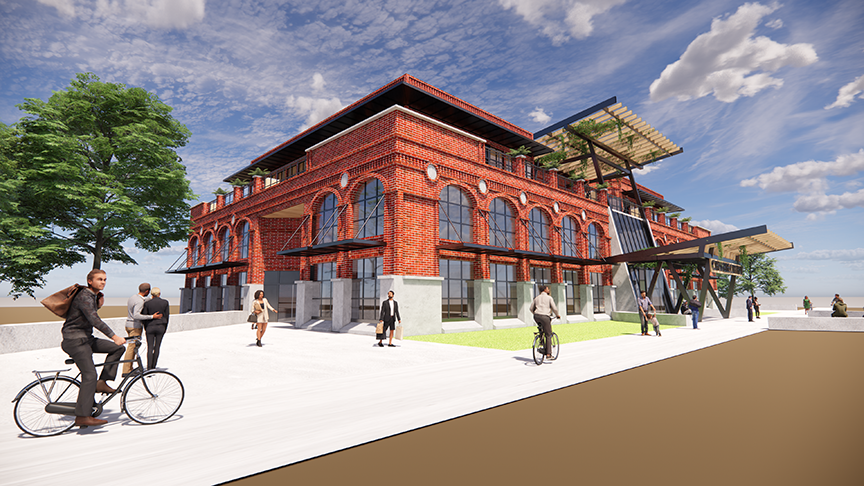 If all goes according to plan, future phases of the Chamblee Rail Trail will act as a connective tissue between all of this new stuff and downtown attractions that already exist.

Planning stages for the next major Rail Trail phase continue, but according to Smith, several of the new developments could help speed the process with plans for building trail segments that use the same specifications as the current path.

The completed portion of Chamblee's Rail Trail is in red, with the general placement of planned extensions in blue. Courtesy of Chamblee Downtown Development Authority

“Based on the upcoming projects coming out of the ground, I’d imagine the rest of the trail gets built out pretty quickly,” Smith said. “We’re starting to see the pieces come together through public and private development, which is great.”