A mixed-use project that would add 16 stories of more development along the metamorphosizing Howell Mill Road corridor is showing signs of life.

According to Atlanta Department of Parks and Recreation records, developers filed plans in late October to start removing trees around Howell Mill properties between 10th and 9th streets where a new 312-unit apartment and retail building is planned.

The stretch of Howell Mill in question is currently home to a small former church, parking lot, and several low-rise residential structures. Six trees are scheduled to be removed from the site, and 21 eventually replanted in their place, according to the filing.

Austin-based AC Residential Partners initially brought plans for the mid-rise to the city last year. They’ve teamed with Atlanta-based Cartel Properties for the 489,000-square-foot venture that would include about 25,000 square feet of retail, as well as a resident lobby, at the sidewalk level. 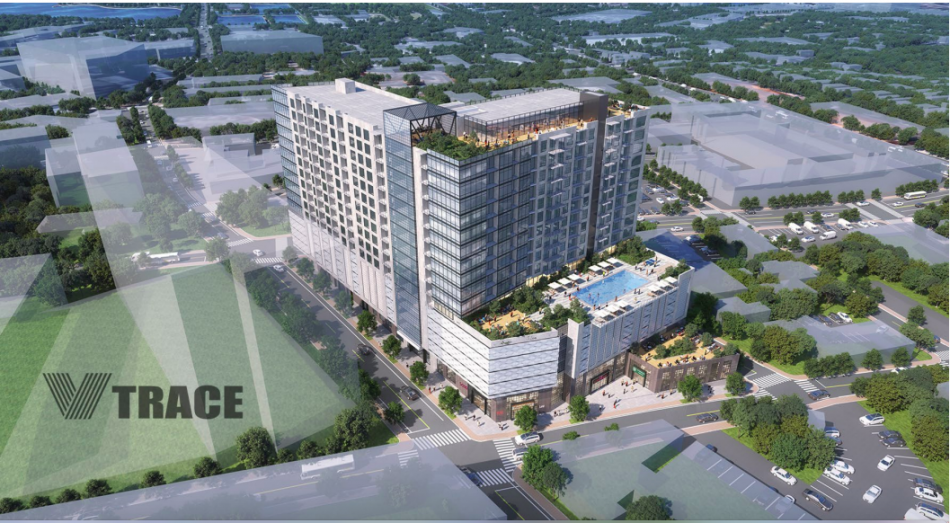 The project is expected to stand 16 stories total over a five-story parking garage, with 1.36 parking spaces per unit, or 322 spaces total, according to Cartel Properties.

Renderings indicate an elevated pool is planned along 9th Street, along with a large rooftop amenity space with enviable skyline views.

The apartment mix calls for 130 studios (expected rents: around $1,600 monthly), 116 one-bedrooms ($2,000), and 97 two-bedroom units (topping out around $2,500), as Atlanta Agent Magazine reported in January, when the project was seeking zoning approvals. 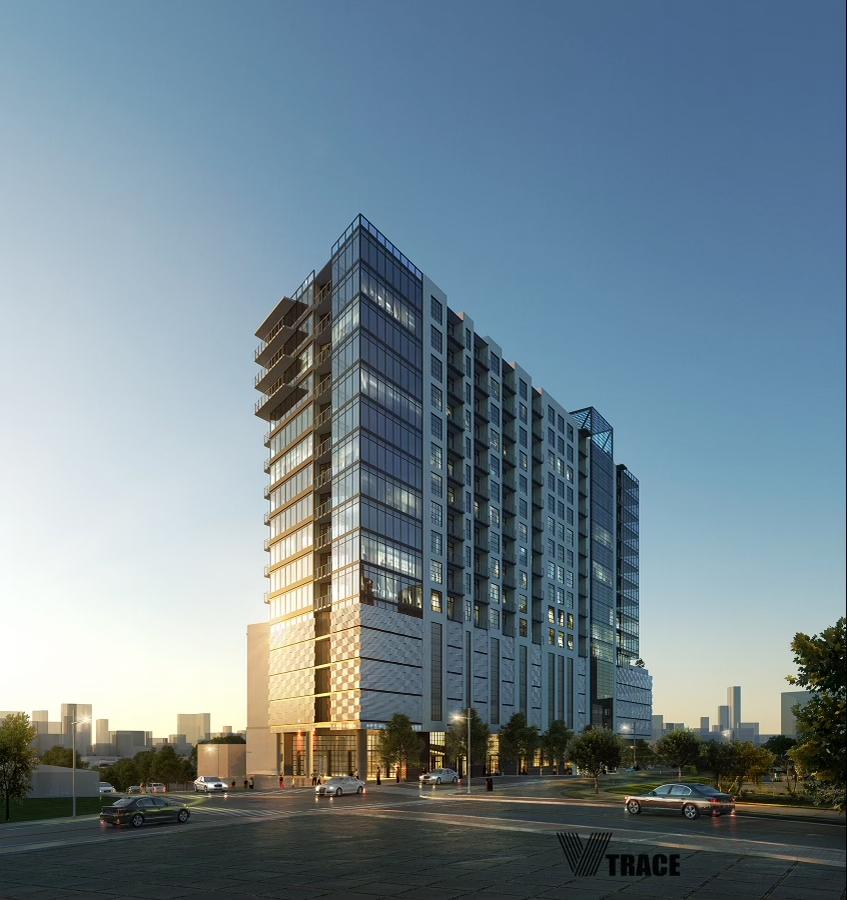 How the mixed-use tower would meet the corner of 10th Street and Howell Mill Road. AC Residential Partners

The Atlanta Mission complex is located just south of the project site and not included in development plans. Marketing materials have previously indicated the building will deliver in 2024, but that goal may have been bumped back.

An inquiry to Cartel Properties about a construction timeline and other details wasn’t returned. 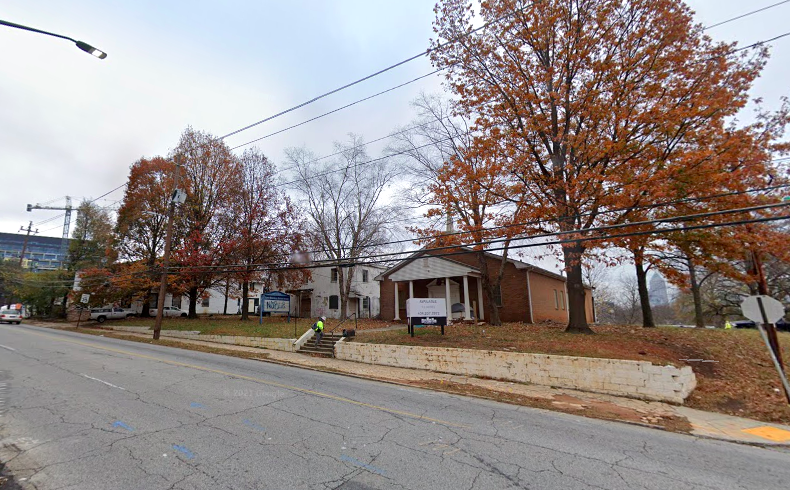 The properties scheduled for redevelopment in 2020, looking north along Howell Mill at 9th Street. Google Maps

The 1.26-acre land assemblage is located directly across Howell Mill Road from the 13-story Osprey, developed by Toll Brothers Apartment Living and opened in September 2020. Other major projects within a few blocks include the growing Star Metals district, Interlock, and 8West.