Two years into Atlanta’s pandemic-besieged real estate market lunacy, one of the city’s most extreme examples of price escalation in a traditionally underserved neighborhood can be found along Donald Lee Hollowell Parkway in Bankhead.

That’s where a community of luxury townhomes is coming together with asking prices—as astute tipsters have pointed out—edging ever closer to $800,000, a price point in Bankhead that would have been unthinkable a couple of years ago.

Seasoned Westside homebuilder Brock Built raised eyebrows last year when townhomes at the project in question, the under-construction Ten29 West, saw prices leap into the $500,000s—and then tiptoe over $690,000. 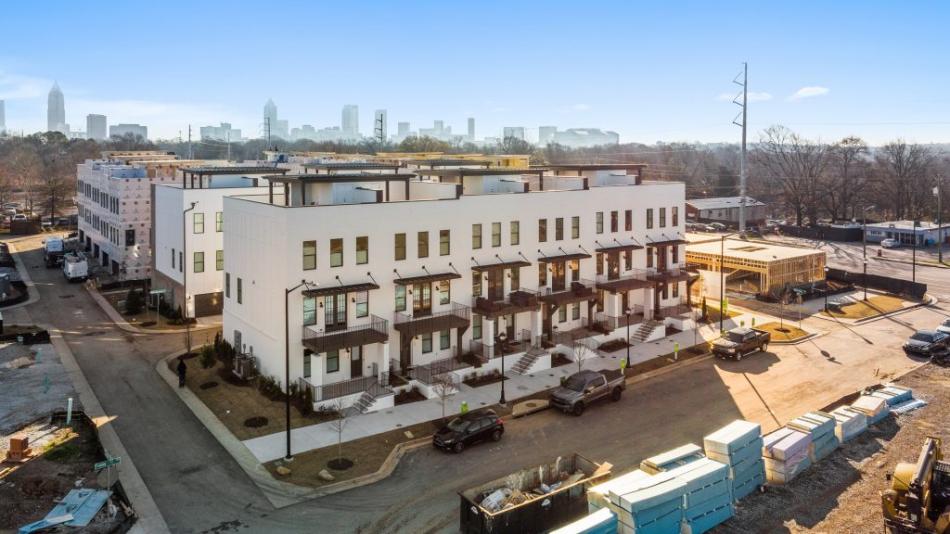 Brisk sales appear to have driven prices—especially for end-units in key locations—higher ever since. Brock Built’s website shows that almost 30 homes, or half of the community, have pending contracts, with other sections waiting to be built.

So far, the highest price is $759,900. That’s an end unit called The Avery plan with three bedrooms, three and ½ bathrooms, an expansive roof deck with “picturesque” city views, and 10-foot ceilings on the main level. It’s expected to deliver late this summer.

The only other townhome listed for sale without a contract is asking $729,900. (Monthly HOA fees for both are listed as $167.)

The 61-unit venture off Donald Lee Hollowell Parkway, originally called The Finley, is rising on about 4 acres, west of Midtown. The location is between what Brock Built describes as “two tech giants”—Georgia Tech and Microsoft’s planned 90-acre campus. 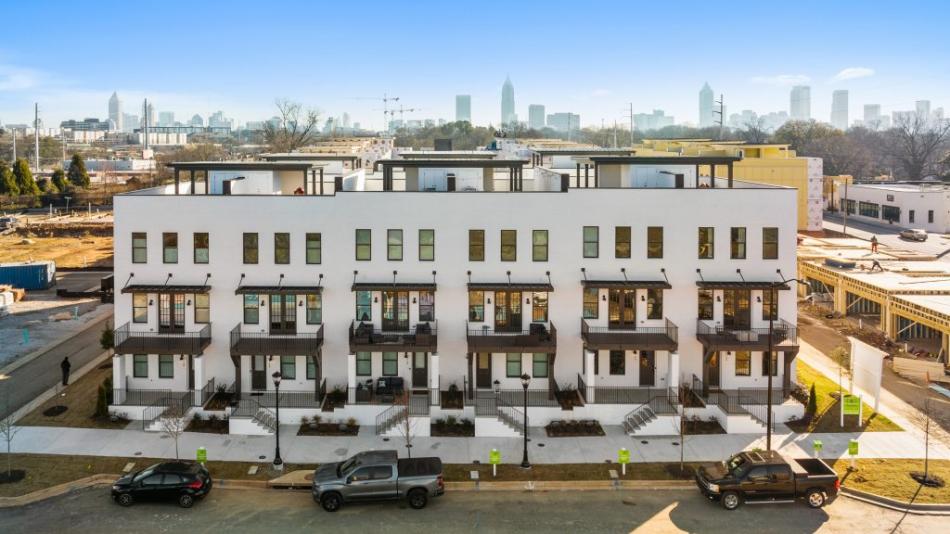 A recent photo of construction progress on one section of Ten29 West, located west of Midtown. Cranes over the Echo Street West project are seen in the distance. Brock Built Properties/Ten29 West

The townhomes back up to a BeltLine connecting trail and stand roughly three blocks from Microsoft’s property. Beyond that is the new Westside Park, a sprawling greenspace built at the former Bellwood Quarry. The Maddox Park greenspace and MARTA’s Bankhead Station are nearby, too.

A few blocks east in English Avenue, Brock Built attracted headlines in 2019 after pricing its Oliver Street Townhomes project in the $400,000s. That marked the area’s first large market-rate private residential investment in ages, but in a neighborhood with median household incomes of about $35,000 at the time. Nonetheless, all 30 of those homes had sold not long after the project finished.

Consider that beyond Brock Built’s townhomes, the highest Bankhead sale in recent years was a four-bedroom house on Cairo Street that traded for $372,000 last summer, records show.