Let’s say you’re in the market for a standalone Atlanta house right now, and your budget is firmly capped at $420,000.

That’ll buy literally nothing north of Interstate 20 and east of I-75.

You could bag a freshly built, two-bedroom abode in the southern blocks of Summerhill, with a condo-sized 1,000 square feet. Alternately, there’s a 1940s fixer-upper between East Lake and East Atlanta. For more space, an updated four-bedroom near Washington Park’s main entry to the BeltLine’s Westside Trail still longs for a buyer after two months on the market.

Or you could abandon the city altogether—not a recommendation, just food for thought—and hightail it OTP to the relative wilds of southern Gwinnett County.

The latter option will be brought to the table with a recently approved, 111-home subdivision that aims to uniquely blend nature and residential development, while meeting Gwinnett’s ravenous need for more for-sale housing.

Dubbed “Windance Lake,” it’s a project by active suburban homebuilder Parkland Communities, which has more recently made a name for itself in the realm of build-to-rent housing. 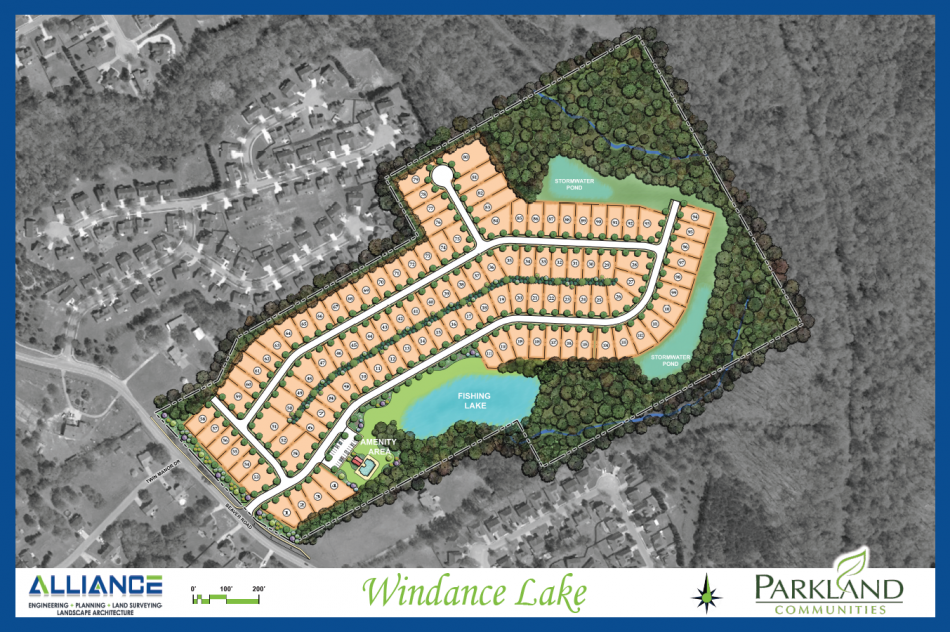 Plans for the 51-acre property near downtown Loganville. Parkland Communities

Having recently won zoning approval, Windance Lake will be built across 51 acres on Beaver Road in Loganville, a pastoral pocket of Gwinnett known for horse farms and equestrian lifestyles. The land in question is 35 miles from downtown Atlanta, or about 23 miles from Decatur.

Alongside the quieter setting, the project’s main selling point will be prices starting in the low-$400,000s. That’s hardly dirt-cheap, of course, but for new single-family product across Gwinnett (and Atlanta, obviously), it’s rare.

According to Parkland reps, home sizes will range between 1,800-square-foot ranches (yes, new ranches) and 2,000-square-foot, two-story homes. All will come with two-car garages, and home sites are 60-feet-wide, which could remind former urbanites of home. 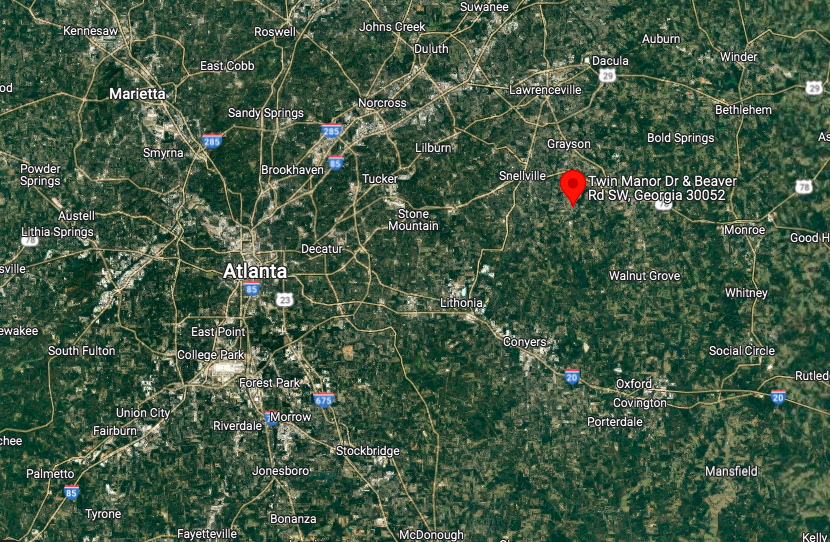 Where the Windance Lake proposal is located between Atlanta and South Carolina. Google Maps

Ironic as it may sound, the project is now zoned for Open Space Conservation, or OSC, owing to the fact that plans call for nearly 13 acres of conservation space. That’ll include a fishing lake, streams, protected forested areas, and open greenspace surrounding the property. Elsewhere, a swimming pool with a cabana, playground, and walking trails are in the works.

A project announcement also notes that Windance Lake streets will have sidewalks and streetlights (it’s practically Brooklyn!) alongside an “inviting subdivision entrance with landscaping, a decorative fence, and an entrance monument.” 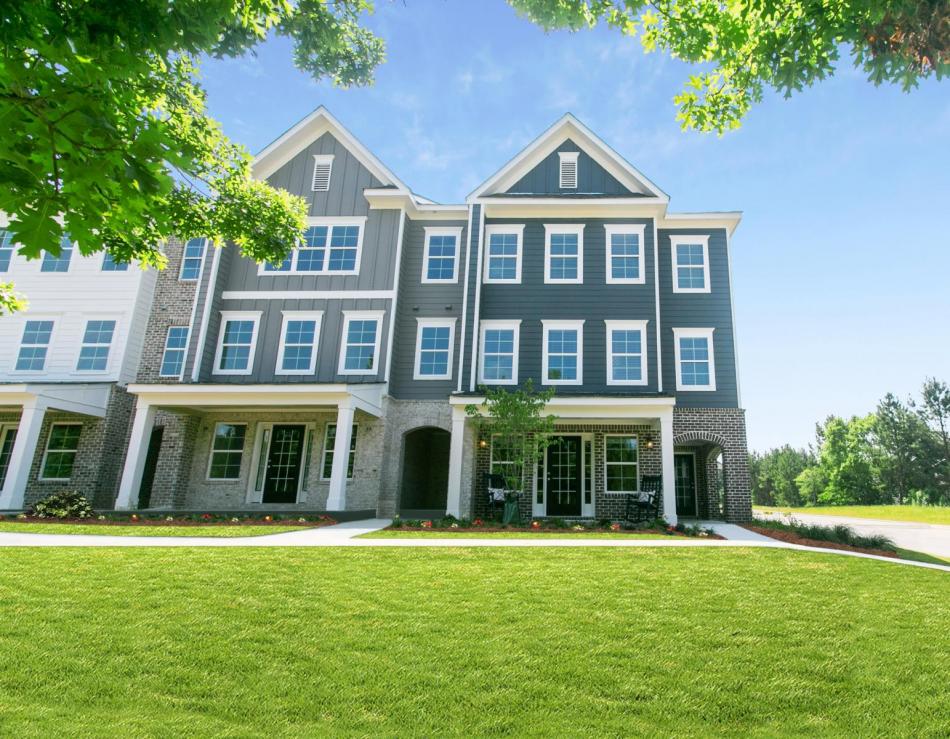 An example of a townhome project by the same homebuilder called Sweetwater Springs in suburban Atlanta. Parkland Residential

Enough to satiate the appetite of intown homebuyers today? Or too far afield?