Gwinnett County’s Board of Commissioners recently approved a residential project that would continue a trend of build-to-rent townhomes gaining steam across metro Atlanta.

Developer Parkland Residential aims to build 116 townhomes in a community called Sugarloaf Springs spread across 10 acres in the 3400 block of Sugarloaf Park, near downtown Lawrenceville.

Projects with similar approaches—delivering leasable townhouses, as opposed to traditional for-sale units—are cropping up in a variety of intown Atlanta neighborhoods, from Edgewood and Pittsburgh to Peoplestown and Grant Park. Elsewhere in the suburbs, as another recent example, Kaplan Residential is planning a town-center-style venture of 239 for-rent townhomes in the shadow of the Indian Creek MARTA station, the last eastbound stop on MARTA’s Blue Line.

In Gwinnett, Parkland’s project will meet what company president Jim Jacobi calls “surging demand” for housing in general in the area, while delivering missing-middle options attainable by a wide swath of people in desirable locations.

“We currently have 200 people on a waiting list for our last Lawrenceville build-to-rent property, Sweetwater Springs, which is fully leased,” Jacobi noted in a project announcement.

That’s well over $1,000 cheaper than smaller, new rental townhomes in, for instance, Grant Park near the BeltLine, though the locations are obviously apples-to-oranges. 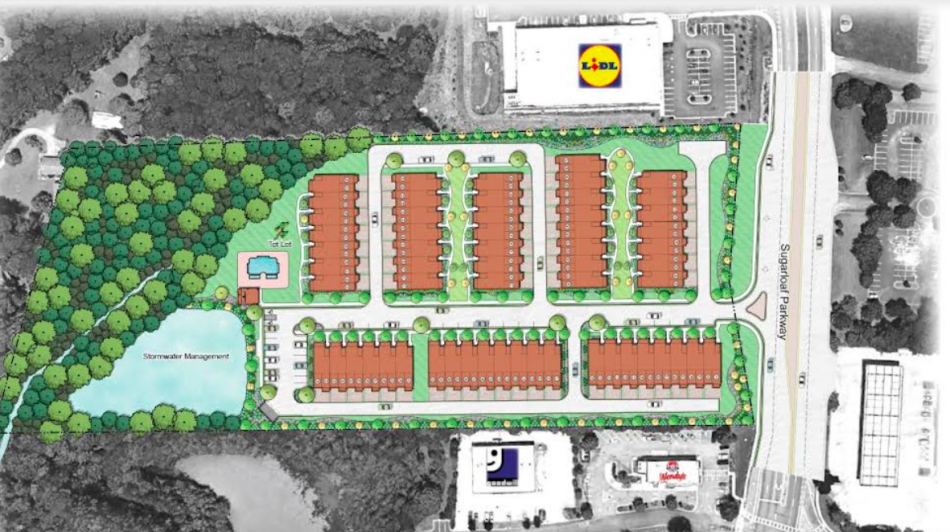 The site plan just southwest of downtown Lawrenceville, next to a Lidl. Courtesy of Parkland Residential

Amenities at the Lawrenceville project will include a swimming pool, cabana, playground, nature preserve, playfield, and parks.

Parkland plans to break ground on Sugarloaf Springs in April, with first move-ins expected in summer 2023. 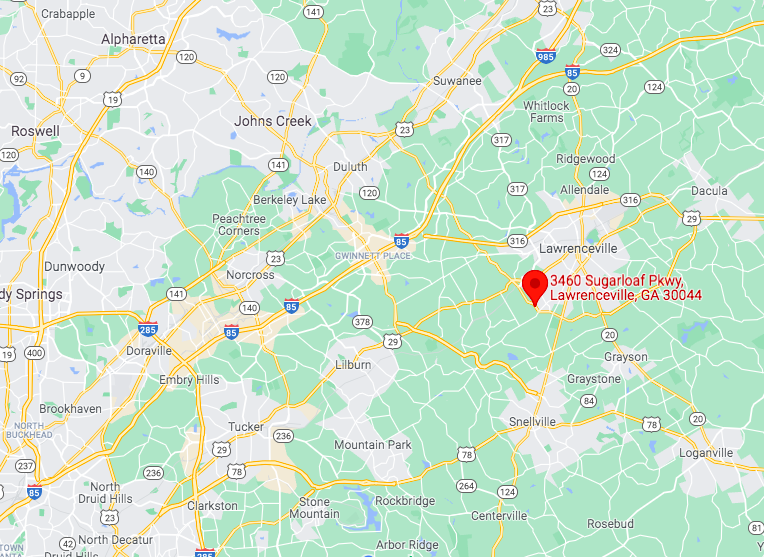