A ceremonial groundbreaking scheduled for Wednesday afternoon with Atlanta’s mayor in attendance will mark the start of another residential development on the fringes of Greenbriar Mall, adding to hundreds of affordable housing units planned for a Southwest Atlanta community.

According to city officials, Mayor Andre Dickens will speak at the groundbreaking ceremony for a project called Briarwood. It's set to come together at 2890 Greenbriar Parkway, across the street from the once-thriving 1960s shopping mall that’s fallen on hard times.

Beyond apartments and townhomes offered at rates described as affordable, Briarwood will include a 30,000-square-foot medical office building, 16,000 square feet of commercial space, and other facets, according to the city. It’s a joint venture between GROWTH by NCRC, Invest Atlanta, and Riddle Property Group. 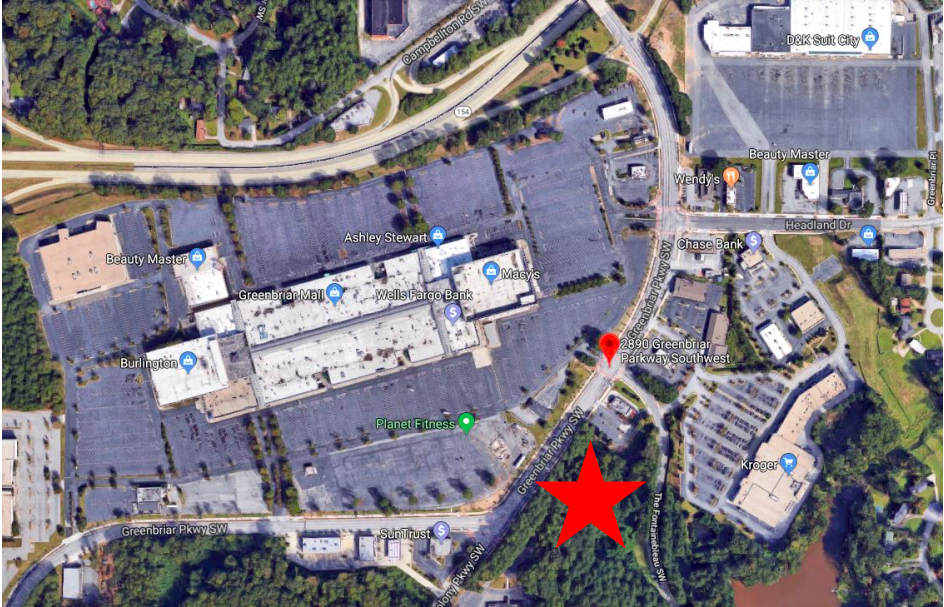 Rental rates and the sheer number of forthcoming homes hasn’t been specified, but a Riddle Property Group promotional website suggests 123 apartments will rise atop retail along the parkway, with a flank of 20 townhomes behind that.

It’s all part of the city’s long-term plans to revitalize and redevelop the mall district and broader Campbellton Road Corridor.

A grainy image on a promotional website showing plans for the 2890 Greenbriar Parkway SW site, with the mall property at left. Riddle Property Group 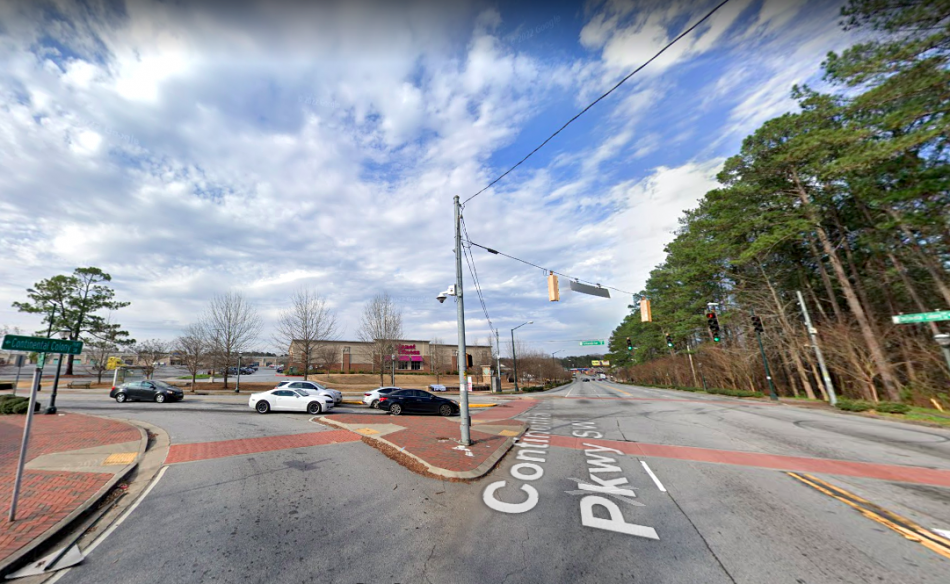 The wooded development site, at right, in relation to Greenbriar Mall, at left. Google Maps

Meanwhile, on land consumed by underused parking lots down the street, Invest Atlanta recently closed on two projects expected to cost north of $130 million and deliver almost 500 units of affordable housing. Those sites are also in the Greenbriar community, located next to Interstate 285 and one exit from Atlanta’s airport.

The first, Paramount, is planned as a multifamily complex with 240 apartments, expected to cost $70.3 million.

The other project, Briar Park, would bring 244 units reserved for tenants ages 55 and older.

Invest Atlanta officials have said rents for both projects would be capped at between 50 and 80 percent of the area’s median income. They’re expected to finish construction and open in 2023.

Both are being developed by Dominium Development & Acquisitions and Beverly J. Searles Foundation.

Like many metro Atlanta malls that used to be regional attractions, Greenbriar has struggled in recent years after losing anchor tenants.

Invest Atlanta expects the injection of attainable housing—and sheer number of new rooftops, as they say—will “serve as a community catalyst to attract future development and support other services and retail” in the Greenbriar district, per an announcement earlier this month.

Greenbriar’s mall, as designed by legendary Atlanta architect John Portman’s firm, debuted in 1965 as a pioneering enclosed shopping center with air-conditioning and a food court, both rare features at the time. (Two years later, the mall would welcome the world’s first Chick-Fil-A.) But as Atlanta magazine recently chronicled, Greenbriar Mall is a shell of its former self, having lost cornerstone big-box tenants Burlington Coat Factory and Macy’s in recent years.