Georgia Tech and its development partners broke ground this week on an 18-acre Westside project that officials say will offer a blend of uses unlike anything else in Atlanta.

In the works for a decade, the Science Square district’s first phase will be a fusion of biomedical research and technology space and more traditional mixed-use components—commercial spaces and apartments—all rising a total of 27 stories between Georgia Tech’s campus and Westside neighborhoods such as English Avenue.

The development team closed on ground leases at the site in March, and state, city, and Georgia Tech officials were on hand Thursday for the phase one groundbreaking. 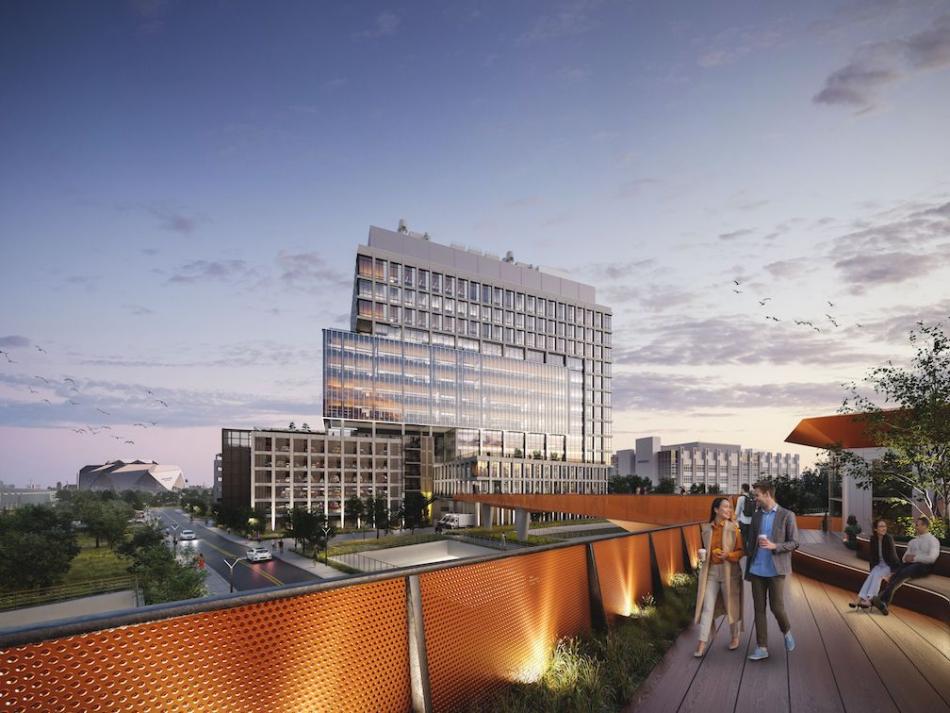 As a start, phase one will see a 13-story Class A lab and office tower called Science Square Labs, a 365,000-square-foot spec project designed by Perkins + Will and developed by TCC. (Although renderings appear to show a slightly taller building.) At street level, retail space is also planned.

Amenities in that building call for a fitness center, conference space, and an indoor/outdoor tenant lounge with a catering kitchen and attached deck with skyline views, which can be reserved for special events, as new renderings illustrate.

Next door, the 280-unit, Rule Joy Trammell + Rubio-designed apartment building will mark High Street’s first residential project in Atlanta. It’s planned to stand 14 stories with apartments ranging from one to three bedrooms and retail at the base, project reps have said. 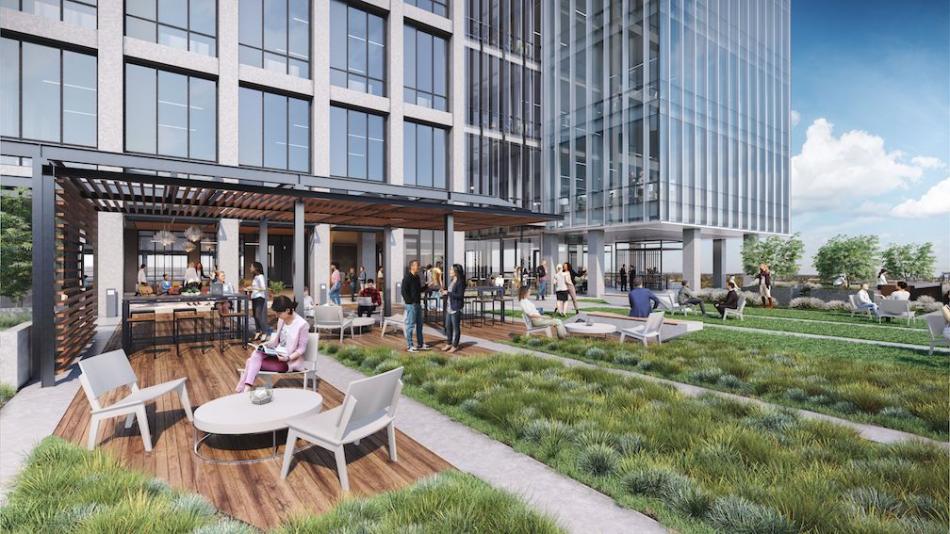 “Historically, Atlanta hasn’t enjoyed the same success with startups in the life sciences as we have with other tech sectors,” said Cabrera in a prepared statement. “Sometimes, great ideas and companies that start in this city end up elsewhere because Atlanta hasn’t been able to provide the rich, dense biomedical innovation ecosystem that biotech entrepreneurs need to attract talent and develop their ideas into marketable solutions.

“The purpose of this new development,” he said, “is to reverse that dynamic.”

The apartment project will continue the westward push of new multifamily residential ventures into places like Bankhead, the Marietta Street corridor, and with the Echo Street West project, English Avenue. 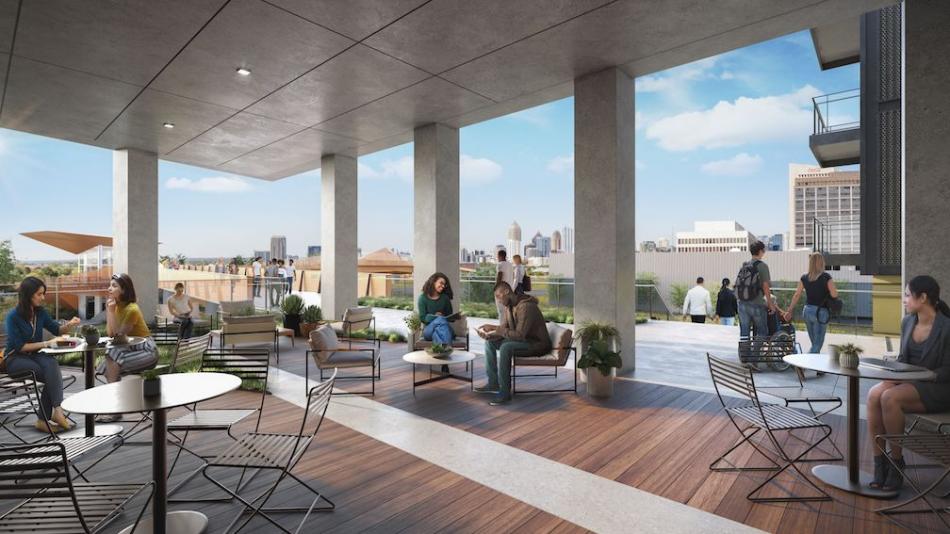 One goal with Science Square, officials have said, is to engage residents, students, and teachers in surrounding neighborhoods and expose them to careers in the biomedical and life sciences industry. To that end, TCC is donating $500,000 with a Community Education Grant to support outreach, education, and job training. Plans call for Science Square to partner with schools in the area to support life science education—and to fund scholarships for local residents seeking associate degrees in bioscience tech from Atlanta Metropolitan College.

Science Square officials say the first apartments, labs, and offices will deliver in early 2024. That’s expected to be followed by four more phases.

See the most detailed renderings to date in the gallery above, as provided to Urbanize Atlanta this week by Georgia Tech.