The first injection of cash from the federal infrastructure act passed last year is bound for Atlanta, but exactly how that money will be spent remains to be seen.

Opinions of John and Jane Q. Public could make a difference, according to the Atlanta Regional Commission.

From now until May 18, the ARC is accepting public comments on a proposed amendment to the Atlanta region’s Transportation Improvement Program, or TIP, that would allocate $45 million—the initial round of funds from the federal Infrastructure Investment and Jobs Act passed last year.

Another $13 million in local matching funds would be tossed in.

Before you go advocating for trolley lines between your house and Mercedes-Benz Stadium or Chattahoochee gondolas, keep in the mind the funds will be earmarked for very specific projects. But precisely what those projects will look like is TBD.

All funds would boost more eco-friendly buses and charging stations, upgrades to metro Atlanta transit infrastructure, and to a lesser extent, road improvements. Here’s what ARC has in mind for the federal cash:

The largest share of the pie—$15.2 million—would go toward the purchase of 22 compressed natural gas buses for MARTA’s fleet. That funding would include a $3.1 million local match, per the ARC. 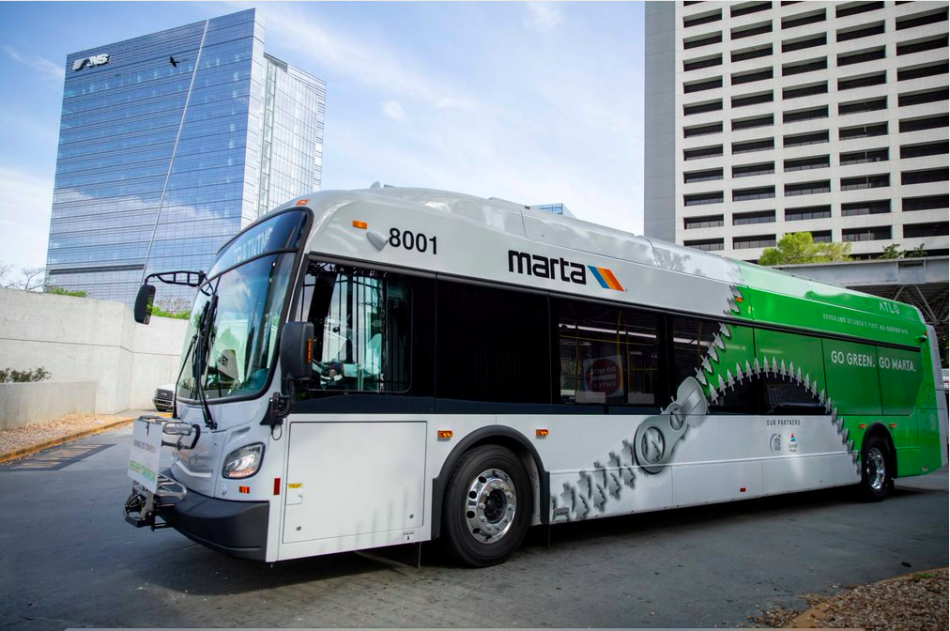 In Cobb County, $14.4 million would provide system-wide upgrades to the CobbLinc transit system, with a focus on improving safety and accessibility for pedestrians and people with disabilities. Sidewalks, bus shelters, curb cuts, and crosswalks would all be upgraded, per the ARC’s proposal.

Another $12 million would upgrade Clayton County’s main transit center in Jonesboro with covered waiting areas, new ticketing facilities, and restrooms. And $800,000 would provide for the planning of future highway-widening projects in Barrow and Henry counties.

The amended project list, according to ARC officials, was compiled in partnership with the Georgia Department of Transportation and local transit agencies. Each project is considered time-sensitive, in that funding could be green-lighted by the end of June.

All of the projects—except the electric bus pilot program—were already in a regional funding pipeline that ARC officials say was kicked into overdrive by the infrastructure law.

The initial federal cash injection “demonstrates the impact of the infrastructure law to help us build a safer, better connected, more equitable, and resilient region,” Anna Roach, ARC executive director, said a media release. “[Metro Atlanta] must work together to maximize the transformative potential of the infrastructure law, from a transportation standpoint but also our water infrastructure, broadband access, cybersecurity, and workforce development.”

A public hearing will take place in-person during a joint Transportation and Air Quality Committee and ARC Board meeting. That begins at 10:30 a.m.  Wednesday.

Otherwise, public comments can be submitted to transportation@atlantaregional.org.