After breaking ground just before Thanksgiving in 2019, an Emory medical complex that’s expected to cost nearly a half-billion dollars has definitely made its mark on Midtown’s marquee street.

While exterior construction on the 17-story Winship at Emory Midtown project hasn’t fully wrapped, it’s close enough to being complete to show how the glassy complex will look and function—and for another installment of Renderings vs. Reality to be rolled out.

Designed by Skidmore, Owings & Merrill and Atlanta-based May Architecture + Interiors, the complex carries a price tag of $469 million, with $200 million in funding coming from a Robert W. Woodruff Foundation grant. 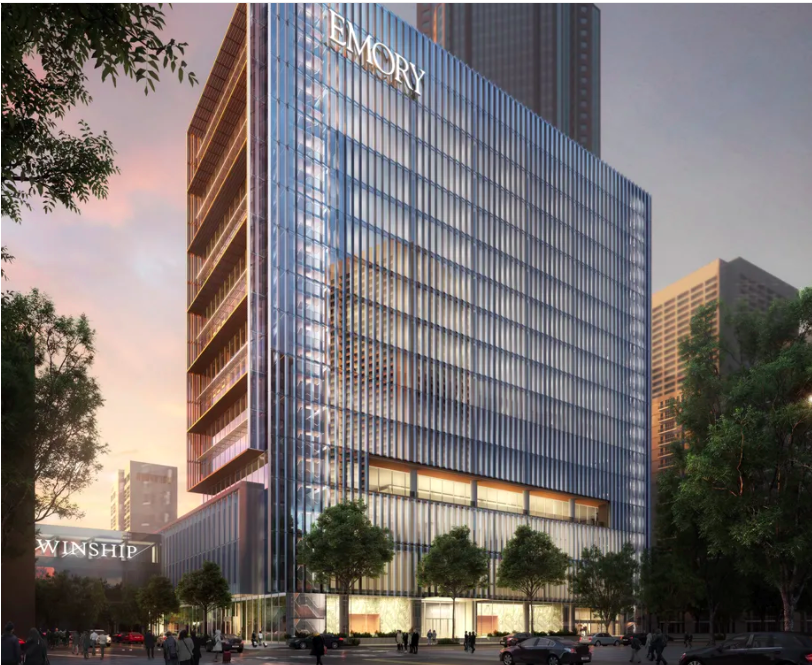 The 455,000-square-foot Winship facility’s goal is to bring together doctors, staff, and services necessary to treat cancer patients. According to Emory officials, facilities will include 64 inpatient beds, 26 observation beds, six shared operating rooms, a radiation oncology facility, and diagnostic imaging facilities. A multi-story parking deck has been built and wrapped off Peachtree Street.

Along Linden Avenue, a new pedestrian bridge connects the Winship tower to Emory University Hospital Midtown across the street. 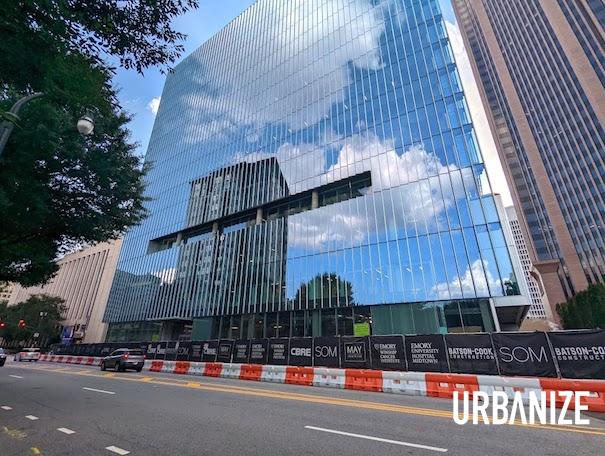 Since the project’s outset, Emory officials have said construction is scheduled to finish in late 2022, with patient care beginning in spring 2023.

In the gallery, find a quick comparison of how renderings suggested the Winship project will look, versus today's reality as construction enters the home stretch.