Three streets. Eight individual blocks across 19 acres. A BeltLine segment piercing through a mixed-use village. And hundreds of millions of dollars being channeled into English Avenue, a hardscrabble Westside neighborhood where large-scale private investments—until recently—haven’t ventured.

It’s all the makings of Echo Street West, a project led by Dallas-based Lincoln Property Company that’s considered the most expensive bet on English Avenue in generations. But if you’re foggy on how all the components will puzzle together, you’re not alone.

Lincoln, a 9,000-person company with a presence in 450 U.S. cities, began site work on Echo Street West a year ago, and then held an official groundbreaking for the $265-million first phase in June. Designs are meant to mimic the site’s industrial and railroad history.

That includes about 300,000 square feet of speculative, creative offices with mass-timber construction. Other phase-one pieces include a multifamily building, 23,000 square feet of retail (most of it positioned along the Westside BeltLine Connector trail), more than 3 acres of greenspace, and a largely outdoor food-and-drink zone modeled after a funky concept in Texas.

Tony Bartlett, Lincoln’s executive vice president and an Atlanta native, says the company scouted intown for about three years for the right BeltLine-connected site, finding it where Brock Built had once planned to build 800 houses and townhomes. Proximity to Georgia Tech (Bartlett’s alma matter), Westside Park, and now the future Microsoft campus has Bartlett and company more bullish on the site than ever.

“That’s our whole thesis: We think the $6 billion worth of real estate that’s been developed on the Eastside [BeltLine] is coming to the Westside,” he says. “All of those ingredients are here.” 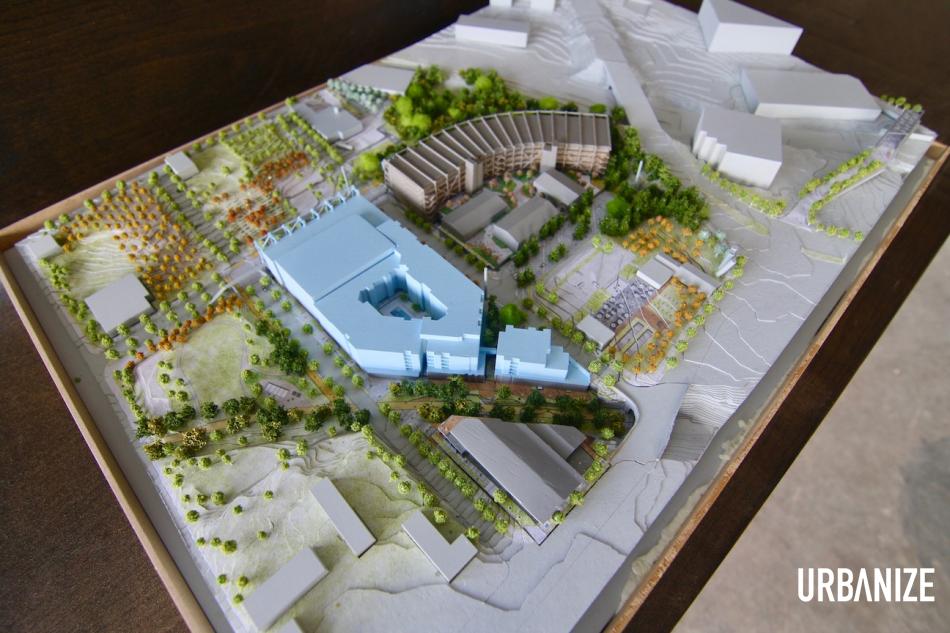 Bartlett is quick to point out Echo Street West’s site had been dormant for years, and that construction has displaced nobody. Community involvement has led to the creation of the Echo Street West Partnership, a grassroots fund that aims to uplift groups “doing good work” on the Westside, as organizers have put it. The first initiative to come from that, a community-led resource center called CoLab, is being operated by Westside Future Fund's director of neighborhood engagement Joan Vernon, a former English Avenue Neighborhood Association president.

Twenty percent of Echo Street West’s initial 292 apartments will be reserved for households earning up to 80 percent of the area’s median income, which Bartlett notes is 5 percent more than the Beltline overlay district requires. A recent AJC analysis found the project received about $7 million in tax abatements, and it’s also qualified for federal funding.

Zoning would allow for about 2.4 million square feet of development to eventual rise on site, which would rival Ponce City Market.

“Truth of the matter is, we’ll probably never be able to build that much here, because there are some height restrictions,” Bartlett says. “But I think, in terms of order of magnitude for what this can be for the Westside, this can be that type of development.”

To help Atlantans make sense of Echo Street West's scope and future plans, we toured the site recently and took photos from key vantage points today that are contrasted with phase-one project renderings below.

Meanwhile, in the gallery above, find a tour of completed buildings and context for what this underused section of English Avenue is set to become across the next two years. It's impossible to predict, given fluctuating market trends, but Bartlett says the full project could take between five years and a decade to build out, consuming adjacent lots in an additional phase, or phases. 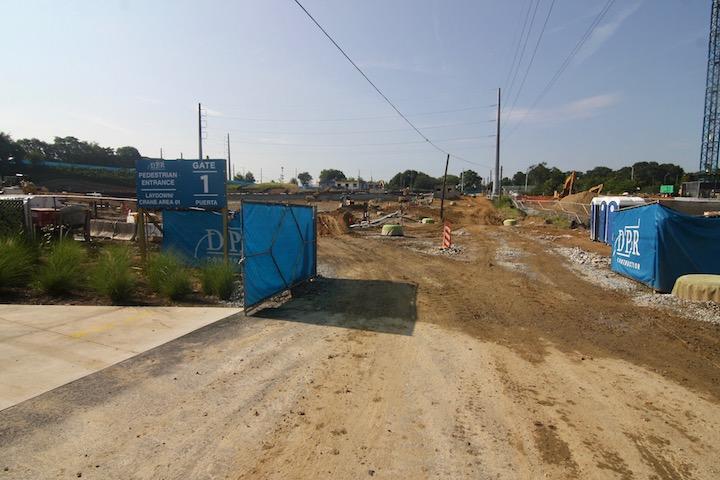 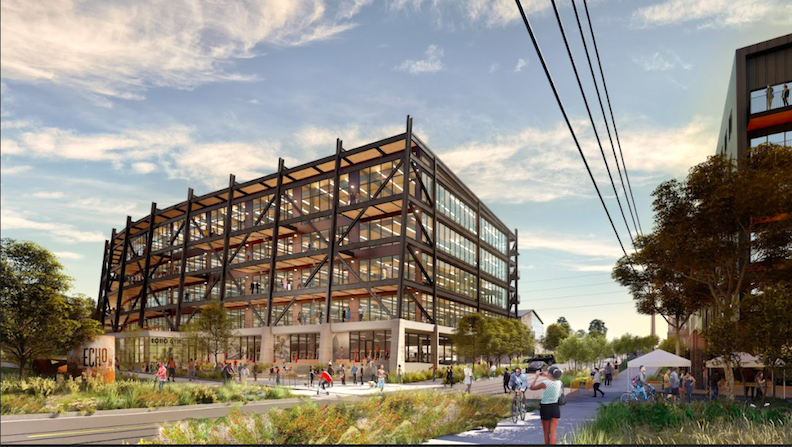 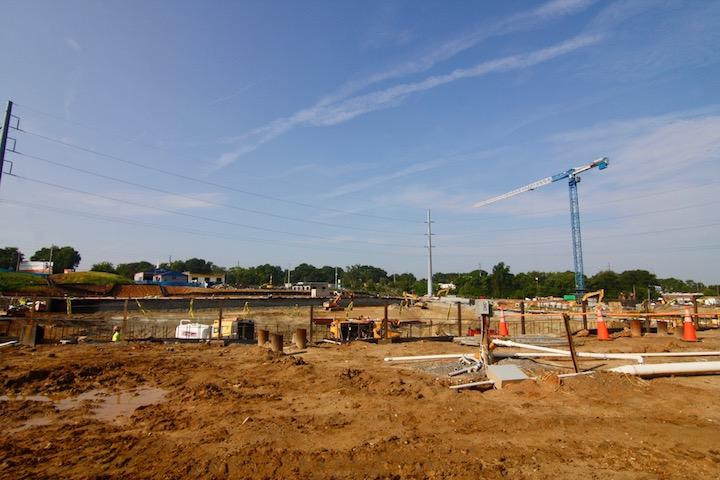 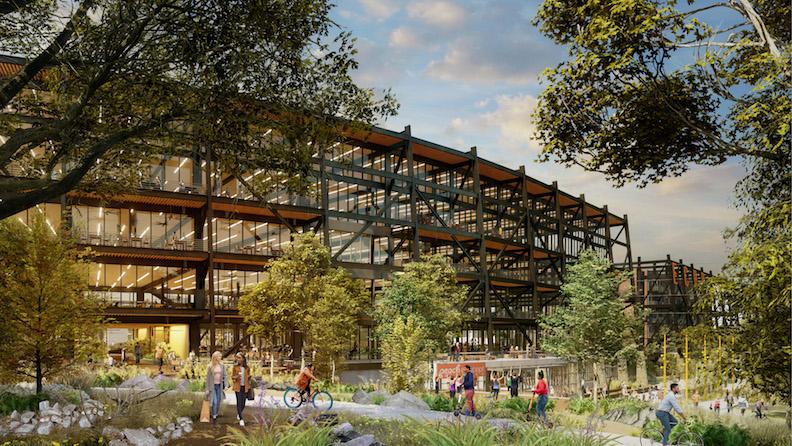 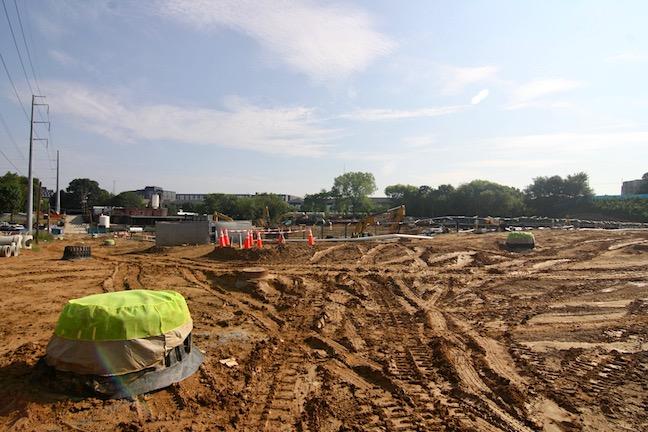 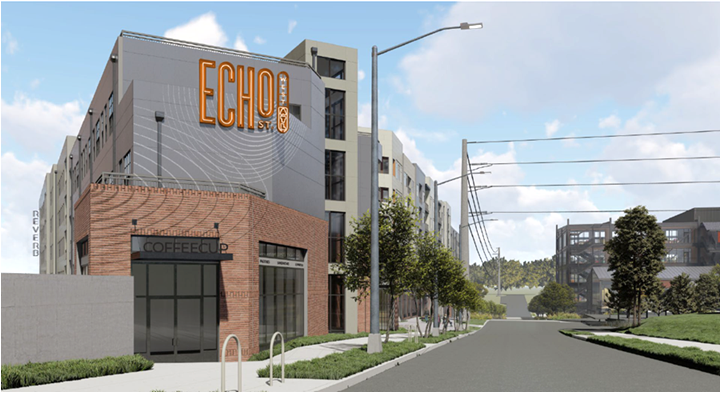 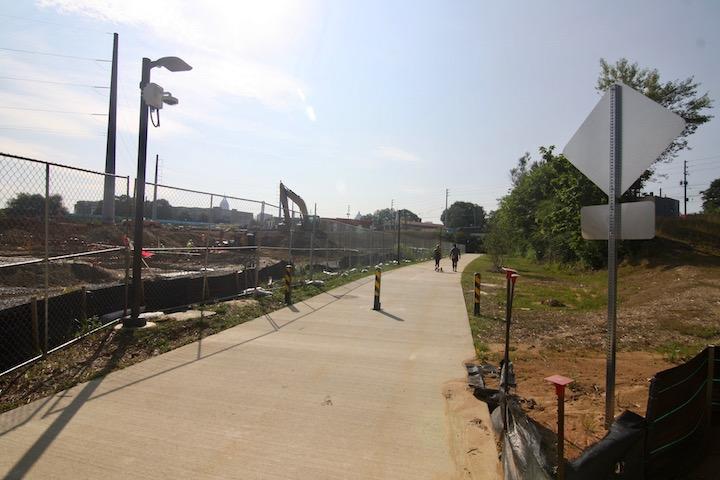 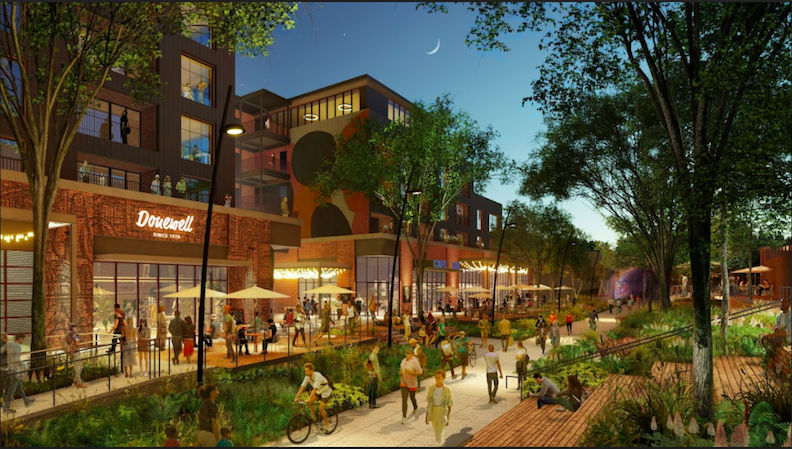