Atlanta developments both boutique and titanic have encountered turbulence this year that’s knocked schedules off track but not diminished builders’ optimism.

At the massive Fourth Ward Project construction site, a third phase-one office tower that was supposed to have broken ground in the spring has been delayed by logistics, but plans still call for moving forward, possibly within weeks, New City Properties president Jim Irwin recently told Urbanize Atlanta.

It’s the same song for another unique—if drastically smaller—proposal in the commercial heart of East Atlanta Village.

Atlanta-based Pellerin Real Estate, a firm best known for the Beacon warehouse redevelopment in Grant Park, shared plans in January for a mixed-use infill venture at a site immediately north of Argosy restaurant and bar.

The four-story project would mark the sixth in EAV for Pellerin. Plans called for breaking ground this past summer. But as a reader recently pointed out, the site remains unchanged.

Pellerin’s principal, Philippe Pellerin, says the company is now taking this winter to refine the project’s design, obtain necessary permits, and finalize pricing. The new goal is to start churning dirt in spring 2023.

“Like many in the development industry, we’ve faced many headwinds in 2022,” Pellerin wrote to Urbanize Atlanta via email. “Rising construction costs have ultimately delayed groundbreaking.” 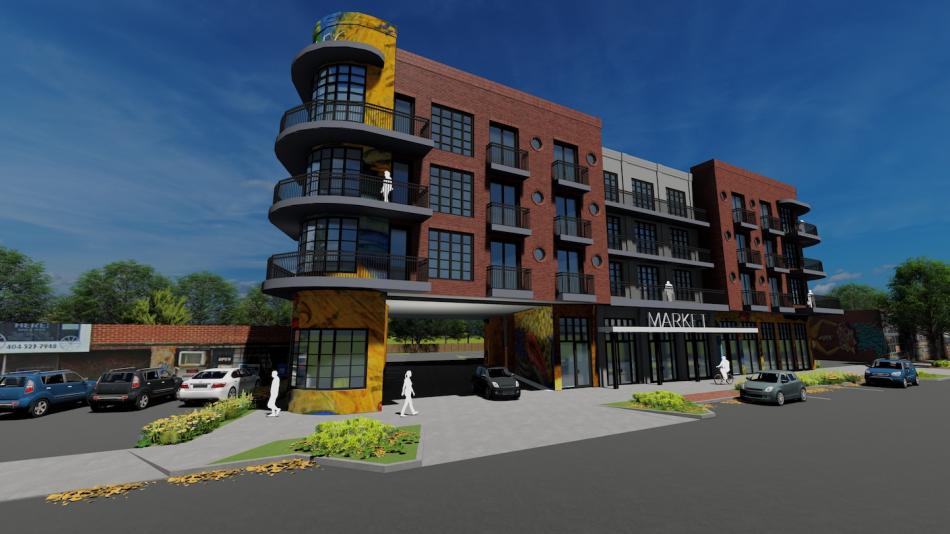 Plans unveiled early this year called for 37 apartments, ranging from studios to two-bedrooms, atop roughly 5,000 square feet of retail space along Flat Shoals, all screening a new parking lot in back. Architecture firm TSW's designs included a brick-clad façade, bookended by curved balconies, that aimed to echo existing buildings around the Village.

The .65-acre site includes 160 feet of frontage along Flat Shoals. An opening in the building’s façade on that street, per earlier plans, would be the entry point for parking behind it.

One goal with the project was to provide non-subsidized housing that nonetheless created living options people in the service industry, in particular, could comfortably afford. To do that, as Pellerin previously said, the 37 apartments would include some of the smallest but cheapest floorplans in the area.

“[We] remain committed to the project and the vision of bringing more and denser housing to intown Atlanta, especially East Atlanta Village,” Pellerin noted. 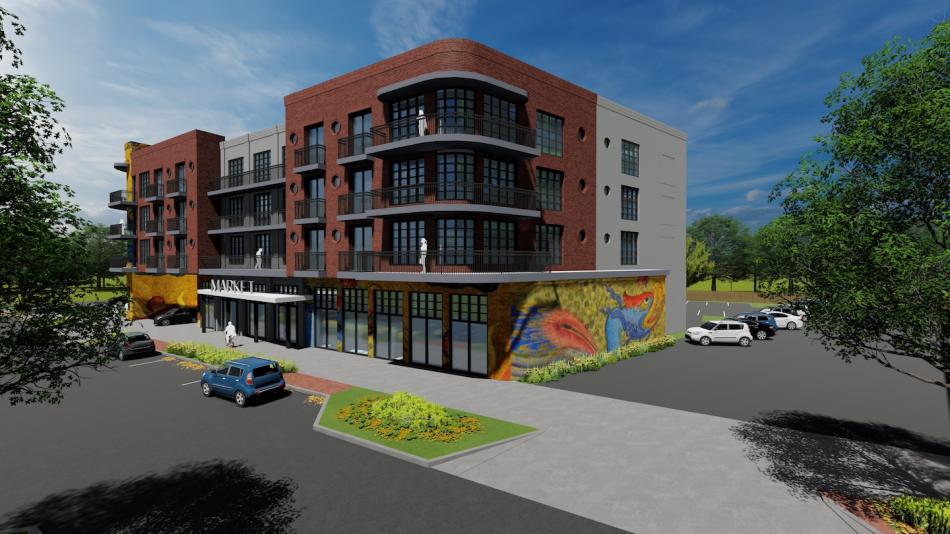 View from the south, next to Argosy's parking. Courtesy of Pellerin Real Estate; designs, TSW architects

The Flat Shoals project would continue a surge of real estate investment across EAV that’s seen multiple storefronts and lots transformed, as more than 70 townhomes have popped up in three separate projects, claiming mostly underused or vacant properties in recent years.

This week, Pellerin said Korean-American street food concept TKO will open in December as the fourth food operator at Southern Feed Store. A tenant for the fifth and final food slot there is also expected to be announced soon, he said.

The developer also finished construction this year on a three-story, mixed-use project called The Marbut, next to Hippin Hops Brewery and Oyster Bar. It entails 6,000 square feet of ground-floor commercial spaces, topped by 21 one-bedroom apartments. 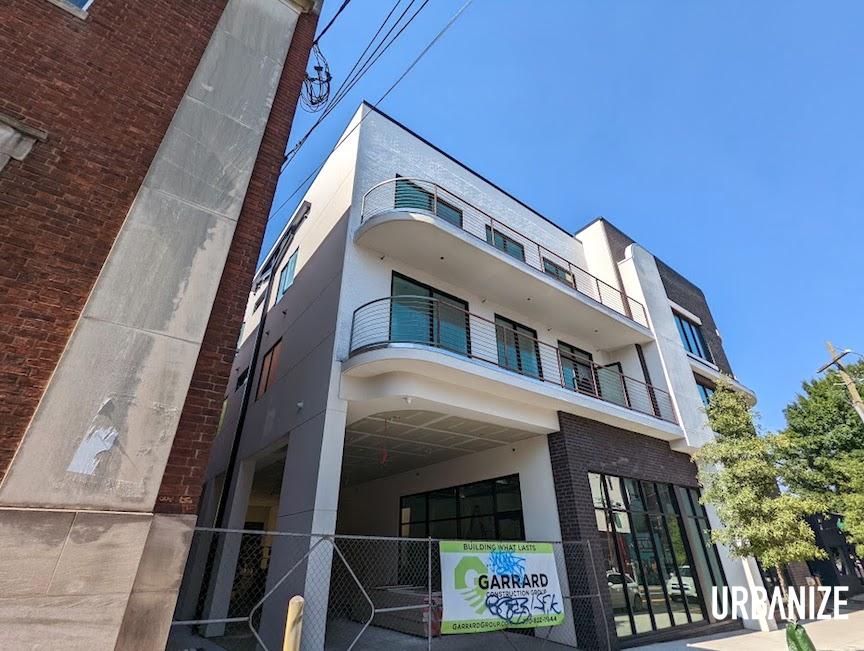 Pellerin this week said The Marbut’s residential units were 65 percent leased within 45 days. Meanwhile, the retail portion is 73 percent claimed (an announcement is also coming soon there, per Pellerin) with a single, 1,550-square-foot restaurant space remaining.

Other Pellerin projects in EAV include three revitalized storefronts on Glenwood Avenue where OxFit gym, OxWork business club, and a fusion coffee shop concept by The Victorian plant purveyor and Bellwood Coffee have opened.

Pellerin said that strip has also seen Pinnacle Credit Union open this year at the 1342 Glenwood building, with Root and Blossom Counseling opening a practice on the terrace level there soon.

“EAV remains vibrant and exciting,” said Pellerin. “New business and resident interest remain strong. We hope to continue our investment there with [the Flat Shoals project] breaking ground as soon as possible.”