Downtown Gainesville’s status as a historic OTP hub where urban-style walkability meets lakeside life could get a jolt from another development set to move forward this summer.

Atlanta-based companies McNeal Development and The Macallan Group recently announced they’ve closed on land acquisition and $35 million in construction financing to build a residential project roughly half a dozen blocks from the Gainesville Square, continuing a growth spurt that’s seen hundreds of millions of dollars invested in the area.

The 214-unit apartment project, Midland Gainesville, will claim just shy of 5 acres in the Midtown neighborhood along Queen City Parkway—about 50 miles from the other Midtown, in Atlanta—between Interstate 985 and Lake Lanier. 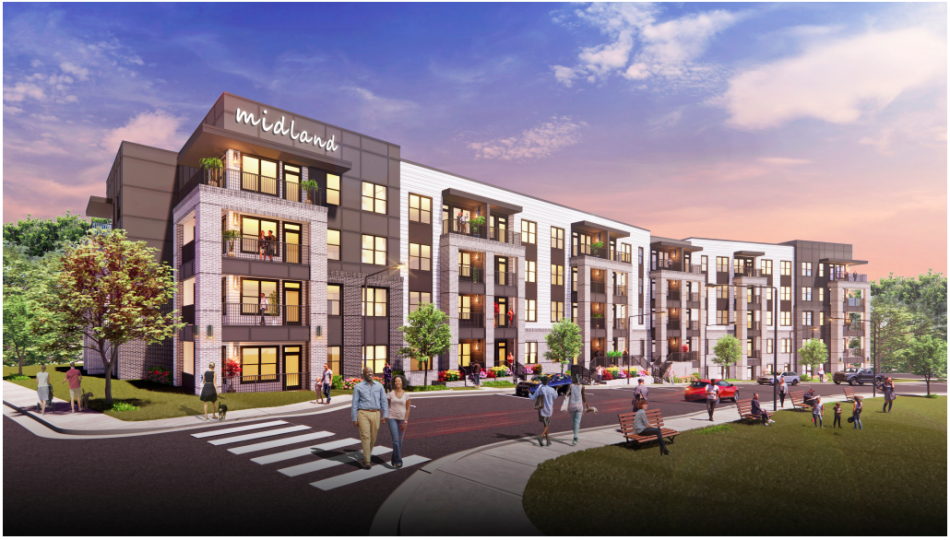 As drawn up by the Dynamik Design firm, the Midland project will entail three buildings with direct access to a recently expanded greenspace project called Midtown Greenway Park, part of the planned 35-mile Highlands to Islands Trail System connecting Gainesville to the lake.

Construction is scheduled to begin next month. Expect rentals ranging from studios to two-bedroom options with amenities that include today’s standards like a pet spa, coworking facility, yoga studio, and onsite storage facilities. And of course, a "resort-style" swimming pool. 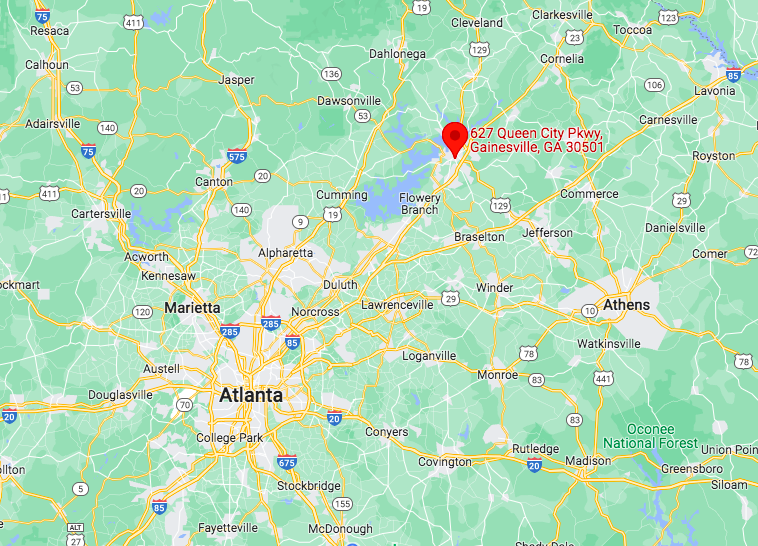 The OTP city's proximity to I-985 and Lake Lanier. Google Maps

“We believe Gainesville has a bright future in terms of continued growth and intend to retain the property in our portfolio after completion,” Rhoden said in a prepared statement.

McNeal Development principal William McNeal Norris added the Midland project “will be perfect for medical and business young professionals and the growing population of graduate students from the local universities." 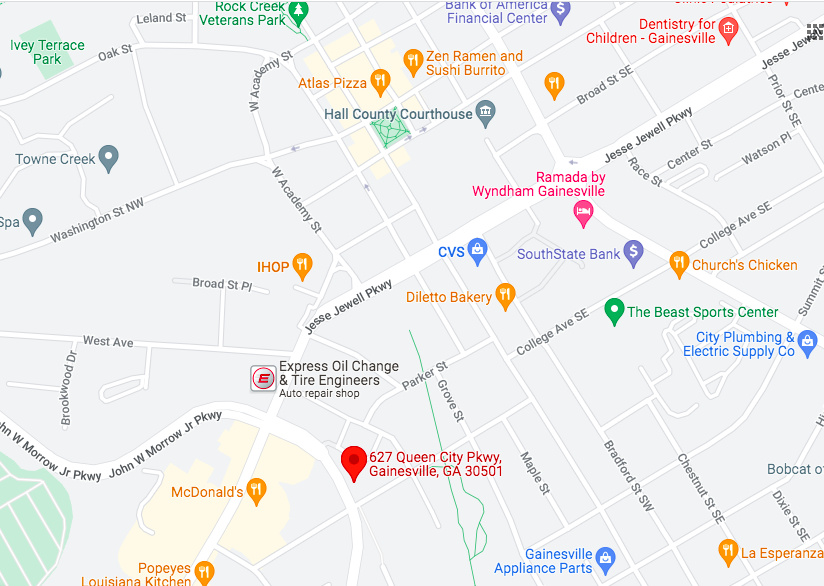 The Midland Gainesville project site in proximity to the Hall County Courthouse (Gainesville Square) and other attractions. Google Maps

Beyond the Midland project, Gainesville counted some $200 million in under-construction development and infrastructure upgrades, including sidewalks and parking improvements, around its downtown as of December, as Fresh Take Georgia reported.

Other notable projects include the $50-million, 223-apartment Solis Gainesville, recently opened just beyond the square where a pedestrian bridge—formerly nicknamed the “bridge to nowhere”—ends. 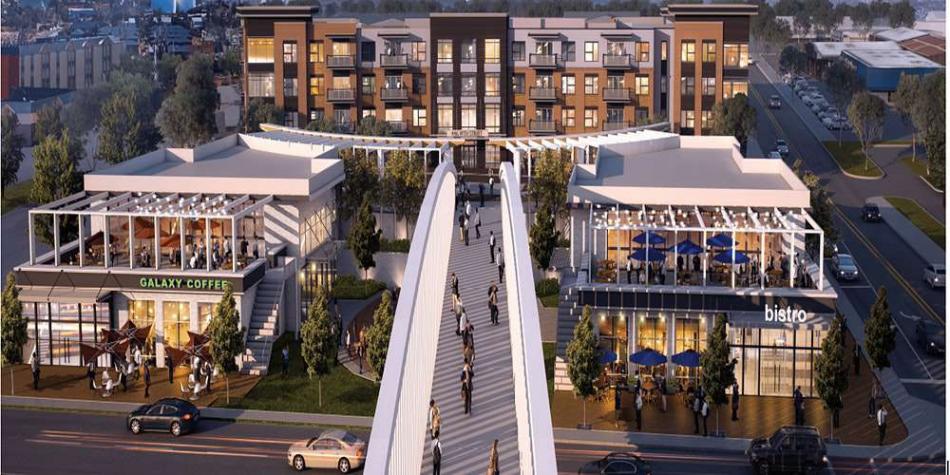 The three-story Gainesville Renaissance, a $25-million project, features spaces for six retail stores and two restaurants on the square. Other ventures include The National, a $75-million Courtyard Marriott hotel and apartment complex, and a $15-million concept called Bourbon Brothers Smokehouse and Music venue.