Just west of Cumming’s quaint (some would say sleepy) downtown, the mixed-use hub is coming together on a hilly, rugged site off Canton Highway, west of Ga. Highway 400 and Lake Lanier.

About 14 restaurants are eventually planned, including a brewhouse and what the mayor has described as "an all-day, 1950s-[style] diner," plus Vietnamese and Mediterranean concepts. 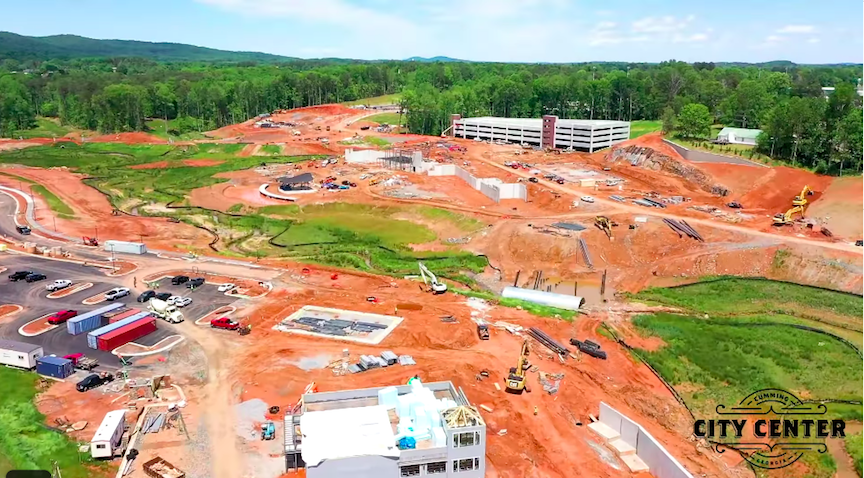 The goal is to create a venue for festivals and concerts dotted with “timeless” buildings “that will define the community for the next century,” according to a summary by the architects.

“This isn't your typical shopping center—it’s a brand new downtown,” reads a project description. “The [topography] was a little crazy, but we made it work to our advantage by creating distinct districts.”

Those include an area reserved as an open field, an 18-hole PuttTek mini golf course, pocket parks, walking trails, and a water fountain area.

A 1,145-foot, wooden boardwalk is designed to snake through the property, over a stream, tributaries, and wetlands. 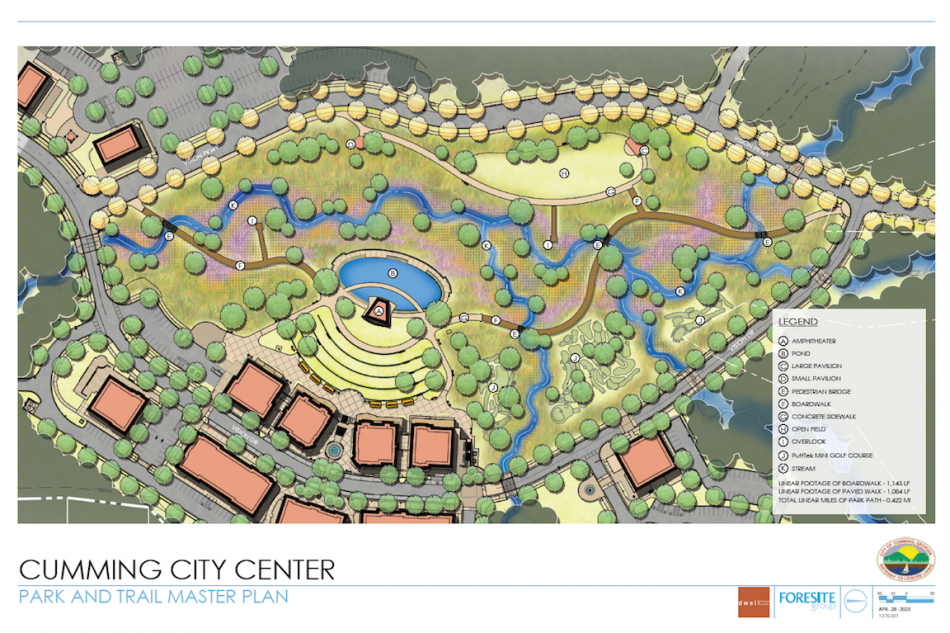 This week we’ve reached out to the mayor and other city officials for updates on retail signings, specific opening dates, and other project details. We’ll update this story with additional information that comes.

City leaders broke ground on the project in August 2019, but progress was delayed by an exceptionally wet winter that year. Since inception, it’s been scheduled to open in late 2021—and now apparently all at once, instead of in phases.

Have a closer look at site plans, progress, and renderings in the gallery above.