While it might not have the cachet of Roswell, Alpharetta, or its Cherokee County counterpart Woodstock, Canton’s historic downtown area has seen its share of new housing in recent years, in addition to the adaptive-reuse, mixed-use attraction that is The Mill on Etowah project.

Joining that investment activity is a relatively large and dense residential project that wouldn’t be out of place, dare we say, in the big city to Canton’s south. (With prices to match.)

Situated about 40 miles north of Midtown, Canton has long held an allure for homebuyers seeking a quieter way of life with access to both urban amenities and the North Georgia Mountains just up the highway.

Aiming to capitalize on that is a project called Sanctuaire that officially broke ground Friday at a site within a few blocks of Canton’s downtown eateries and the city’s scenic stretch of the Etowah River. 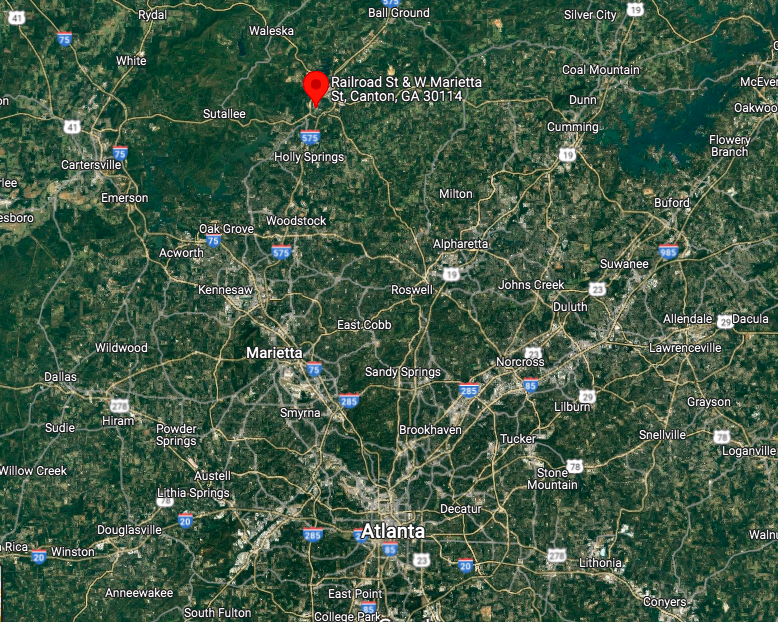 The Sanctuaire project's location in Canton, in relation to Atlanta and its northern suburbs. Google Maps

Eventually, the project by Canton-based The Folia Group is expected to include 140 single-family homes and townhouses with steel construction and interiors described as “extraordinary,” replacing a downtown area colloquially known as “Kudzu Hill.”

Plans call for styles classified as either Manor Homes or Modern Mill Houses—and exterior aesthetics described as “sleek upscale farmhouse”—ranging from two-bedroom to large four-bedroom floorplans at the gated community. 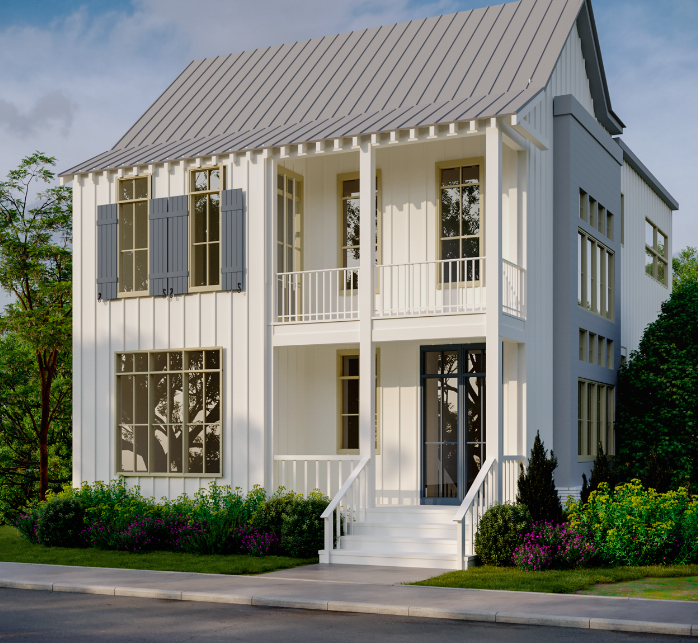 Typical single-family facade at the Sanctuaire community. Courtesy of The Folia Group

According to Chad Davis, an Engel & Völkers Buckhead Atlanta sales agent, the plans for onsite amenities are hardly run-of-the-mill. They include a car wash, dog wash, fire pits, a coworking business space, fitness center, an event space with a catering kitchen, a hot tub, steam room, massage room, a guest house for overnight visitors, and pocket parks dotted around the community.

Outdoor landscaping will be provided, and concierge services available, for what Davis described as “a true lock-and-leave lifestyle” in a project announcement.

Under construction now, phase one will see 14 single-family homes built along Academy and Railroad streets downtown. Phase two will bring 124 townhomes and houses off John T. Pettit Street, a quick walk from Canton’s shops, eateries, and riverfront parks, according to project officials. 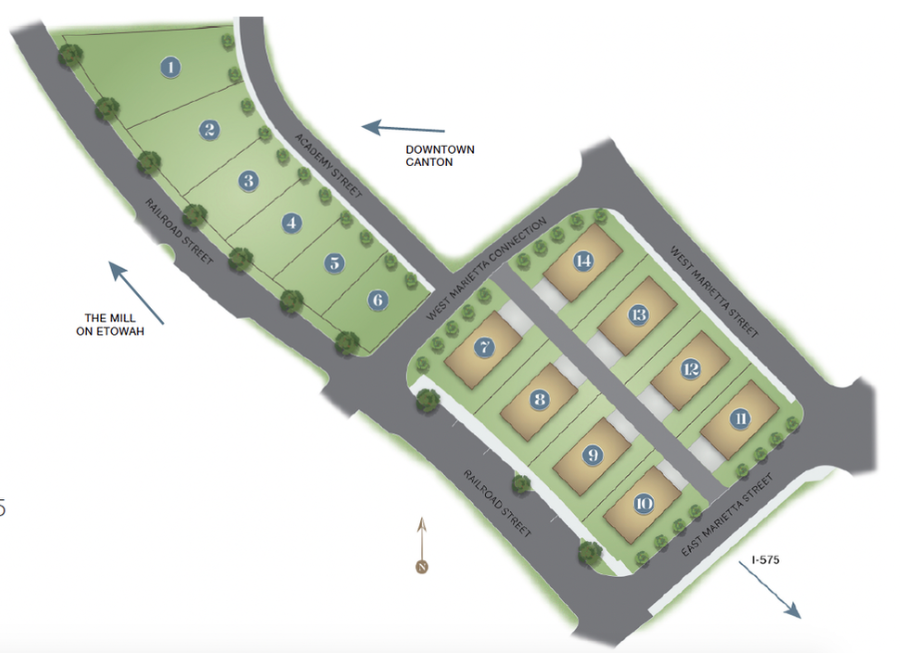 The Sanctuaire's city-style site plan for phase one—a small fraction of what's eventually slated to be built. Courtesy of The Folia Group

All of which comes at a price. The smallest homes—single-level cottages on slabs with two bedrooms and two and ½ bathrooms—will begin around $600,000, depending on upgrades and design features, project reps tell Urbanize Atlanta.

The largest offerings will be about 3,400 square feet, spread across three levels and a basement, with prices in the ballpark of $800,000.

Sales records indicate no home has sold around downtown Canton for more than $625,000 in recent years.

Notably, The Folia Group, a 60-year-old homebuilding company formerly headquartered in Roswell, owns a steel production company that produces about 95 percent of materials needed to construct houses, which allows it “to bypass the current building supply shortage and materials transportation challenges now affecting the building industry,” per a press release. 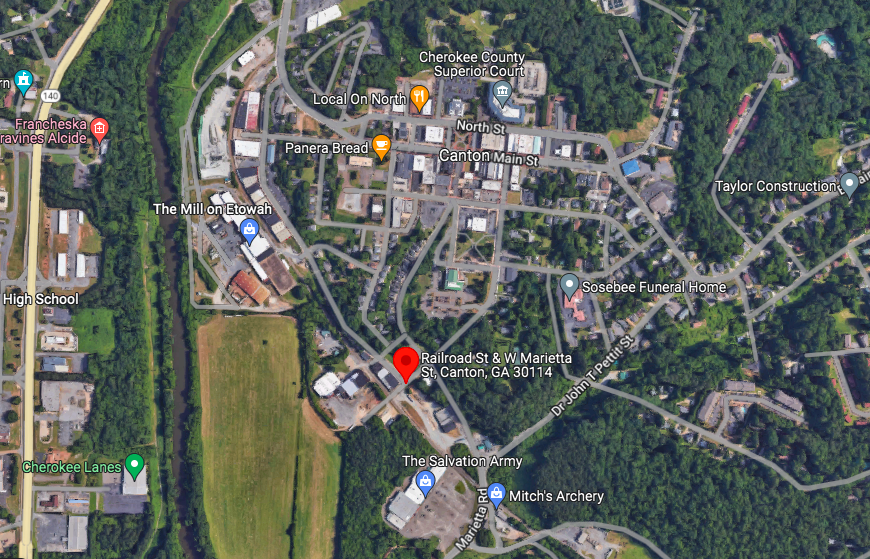 The Sanctuaire site's proximity to downtown and the new Mill on Etowah adaptive-reuse project. Google Maps

“A community such as Sanctuaire has been my vision for years,” said Grant in a prepared statement, “and I couldn’t be more pleased to see it come to fruition.”