Visuals have emerged for an expansion of downtown Woodstock that should make visiting the growing Cherokee County city more appealing and easier overall, according to city and development officials.

Construction is expected to break ground within the next six months at a roughly 4-acre site where East Main Street meets Arnold Mill Road—where planning efforts and land acquisition have been ongoing for more than a decade. 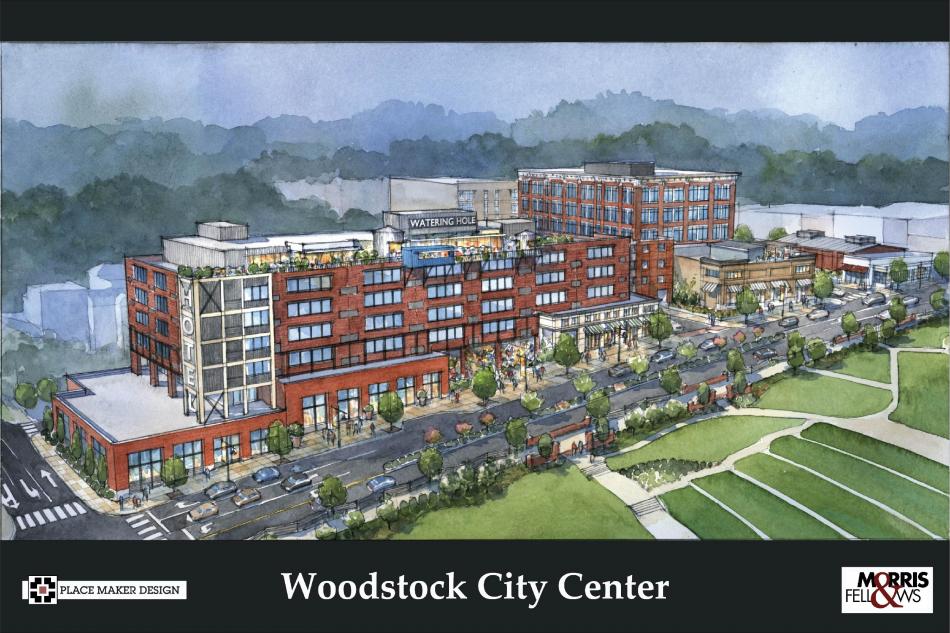 Phase one plans for Arnold Mill Road frontage, with public greenspace and another development site across the street. Place Maker Design/Morris & Fellows

Adjacent to Woodstock’s master-planned downtown, also the work of Morris & Fellows, the City Center venture will see a mix of shopping, dining, and offices, plus a boutique hotel and parking deck with 650 spaces that officials call sorely needed.

Morris & Fellows has built a reputation for enlivening walkable, suburban city centers around Atlanta, including the more recent additions to Alpharetta’s historic downtown. Company president Cheri Morris said the original downtown Woodstock “has not only been wildly successful, but has also served as an inspiration for other communities nationwide” in a statement today. “The new boutique hotel and commercial office space will bring even more vitality to the city.” 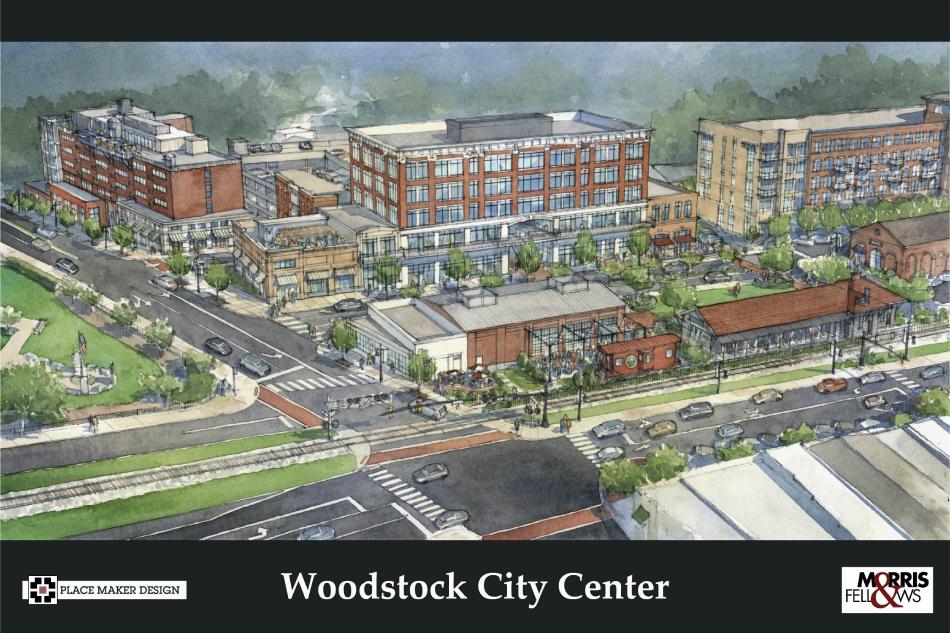 Other phase-one plans call for public infrastructure improvements, including a realignment of Chambers Street and removing a section of East Main Street to improve traffic flow in the commercial district. The parking deck—largely buffered away from public view, per renderings—is designed for easier entry and departure with entrances on three different levels, per project officials.

Woodstock Mayor Michael Caldwell called the City Center project “a generational opportunity” to expand the city’s mixed-use offerings and improve functionality for “one of the most popular downtown destinations in Georgia.”

“I am excited to see our city’s skyline transform,” added the mayor.

The project should finish construction and open in about three years, according to today’s announcement. 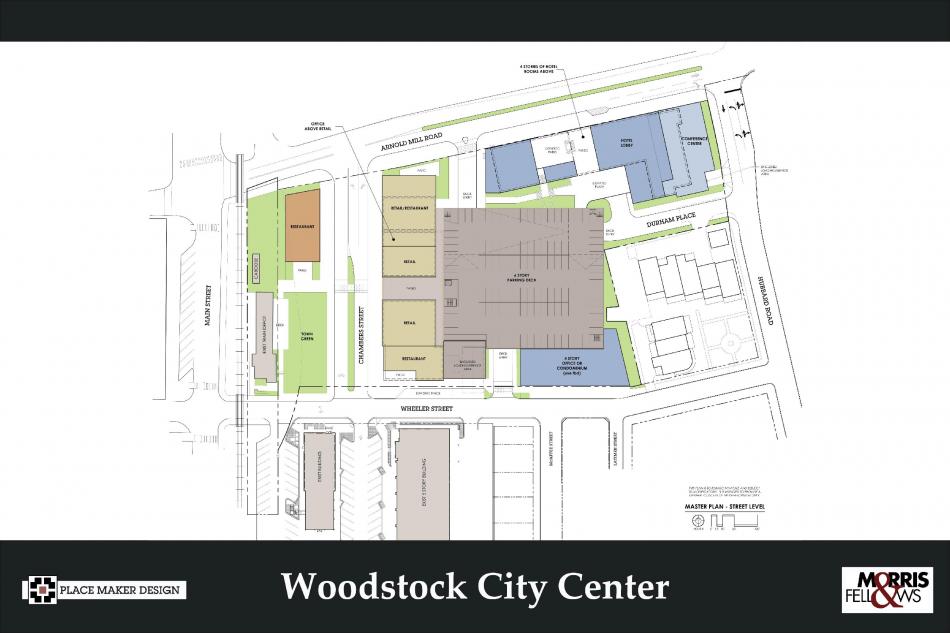 The phase one site plan, with Main Street depicted at left and the planned hotel at top right. Place Maker Design/Morris & Fellows

The private development is expected to cost roughly $80 million, which included the $1.5-million purchase of an old-timey Ace Hardware store at the corner, Morris said earlier this year. The city has agreed to use mostly SPLOST dollars to fund infrastructure improvements. 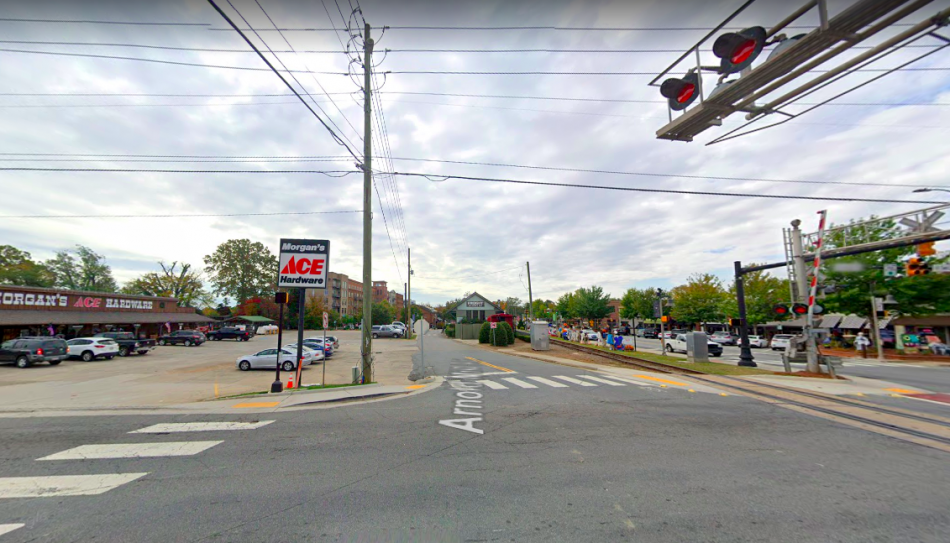 At left is the former hardware store bought out as part of the City Center expansion, plus historic downtown Woodstock storefronts and other master-planned additions to the district. Google Maps

Woodstock, a formerly sleepy railroad town, has seen its population swell by 70 percent in the past decade alone.

Named by Money magazine as one of the top places to live in the U.S., Woodstock’s downtown core has packed on the 32-acre master-planned district, miles of multi-use trails and parks, and an arts district to help accommodate the growth.