Across the street from University of Georgia’s campus, the marquee corner of East Broad and Lumpkin streets in Athens has seen many proposals in recent years, with the latest in 2019 called “115 E Broad,” which looked to build four floors of offices sandwiched between street retail space and a rooftop eatery.

That project went silent prior to the COVID-19 pandemic and was abruptly removed from brokerage NAI Elrod’s leasing page.

Now, the site is poised to take on a new name while keeping much of the previous idea’s design language. And the agenda calls for condos the likes of which Athens has never seen.

Developers, in fact, are marketing it as a UGA game day experience like no other. Especially for second-home buyers. 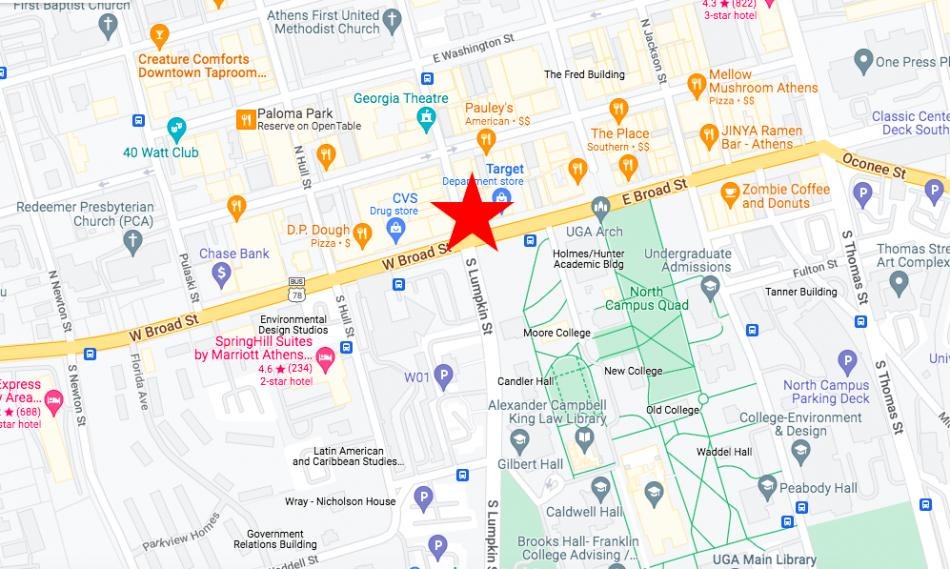 The 115 E. Broad Street site's relationship to UGA's campus across the street and other downtown landmarks. Google Maps

Dubbed “The Drake Athens,” the project would consist of 13 residences of either two or three bedrooms, a fitness center, a private rooftop club for owners including a bar, lounge, terrace and private dining room, and ground-floor commercial space, according to developer CollegeTown Properties.

The site is on a particularly prime plot in downtown Athens, as it overlooks UGA’s historic North Campus. Several new developments have popped up around it, including Georgia’s first urban format Target, new student housing to the east and west, and a soon-to-be unveiled project occupying the former site of a Holiday Inn on the southwest corner of the intersection.

How The Drake (in gray) would look from campus. CollegeTown Properties

The site is roughly a 15-minute walk from Sanford Stadium, within earshot of downtown Athens’ famed music venues, including the Georgia Theatre and 40 Watt.

CollegeTown reps tell Urbanize Atlanta residences will start—yes, start—at $1.35 million, although specific pricing for larger residences has not yet been confirmed. 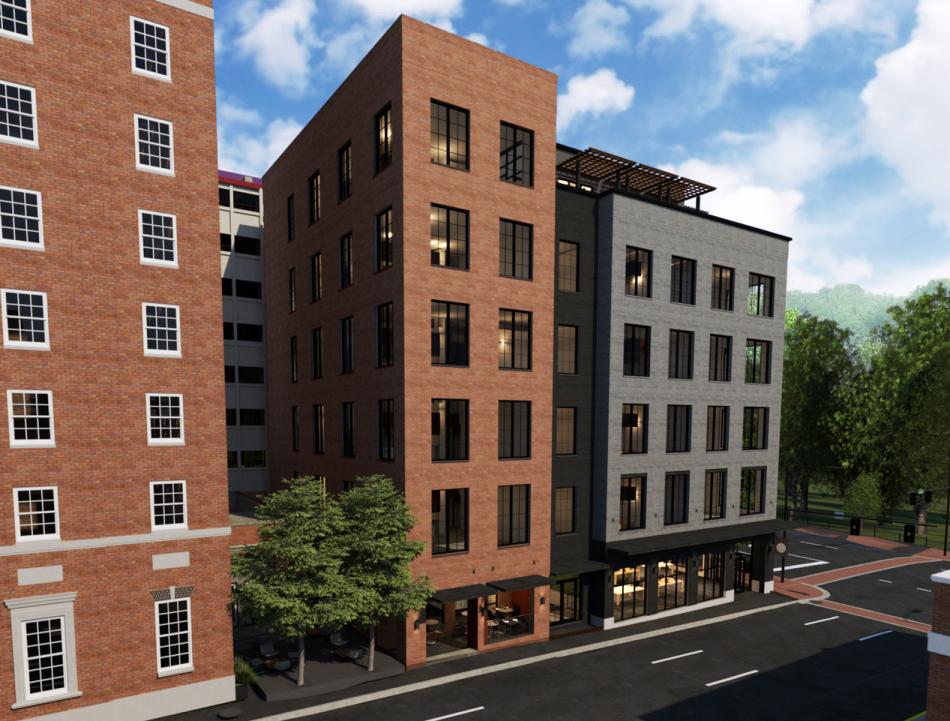 Those price points would dwarf all previous condo sales in downtown Athens. For comparison, the most recent high sale was a three-bedroom, three-bathroom unit in the Georgia Gameday Center—another condo complex two blocks west of The Drake’s site—that sold for just under $700,000 in 2020.

Although downtown condo properties change hands rarely due to the limited supply, current listings in the area range from $260,000 to $280,000 for units with one bedroom and one bath each.

The Drake project is scheduled to be delivered by fall 2023, likely in time to align with the start of UGA’s academic year—and of course, football season. 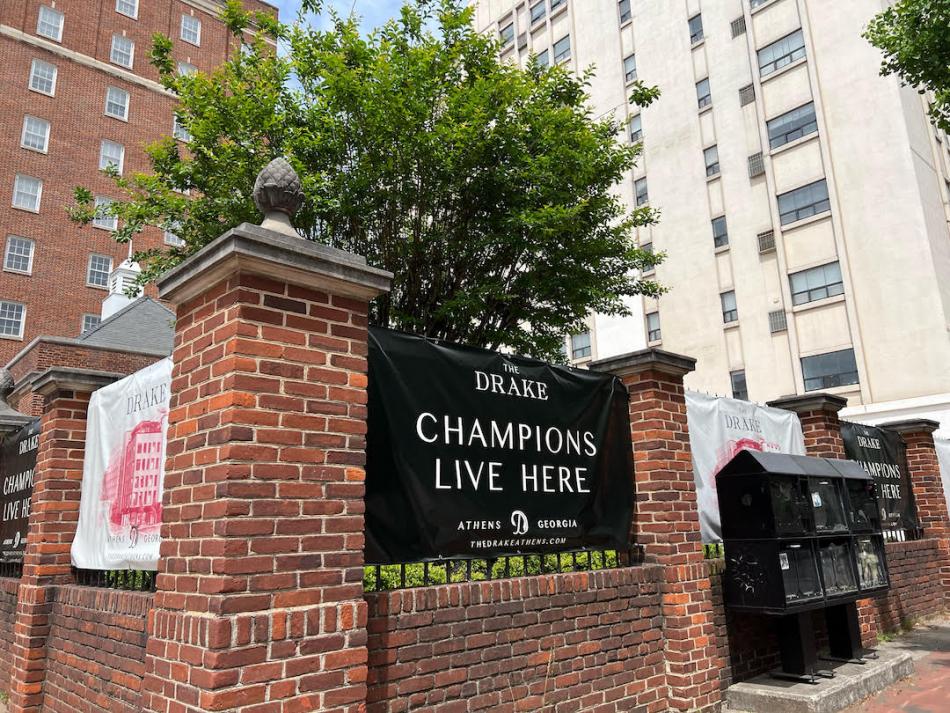 This site’s old proposal had committed to achieving LEED Gold status through the use of a green roof, solar panels, efficient HVAC, plumbing, and electrical systems. It planned to utilize a nearby parking deck at 125 W. Washington Street for office tenants and restaurant patrons. It’s not yet clear whether these previous commitments will be maintained with the refreshed project.

“This will be a very unique opportunity to own in a simply irreplaceable location overlooking UGA,” CollegeTown principal Chase Lawrence wrote in an email to Urbanize Atlanta. “The private club on the rooftop is unlike anything I’ve seen in Athens… We see it not just as a home away from home, but as the ultimate in UGA game day experience.”