Following a pause over the autumn and winter, work has recently restarted in earnest on a townhome project near the junction of Ormewood Park and East Atlanta.

Astute ATL urbanites will recall this was the former location of Jiffy Grocery, which gained a sort of cult following after it’d been closed for several years and the “J” fell off its main signage, rendering it “Iffy Grocery.” 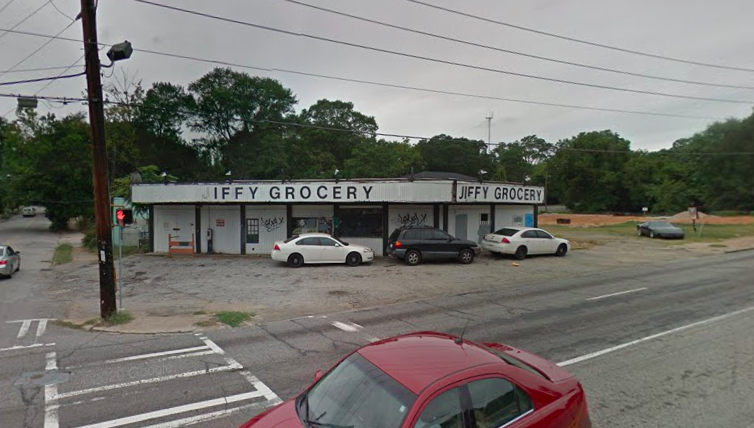 The signage after the building had shuttered. It'd been closed about seven years before its demolition in 2021. Google Maps 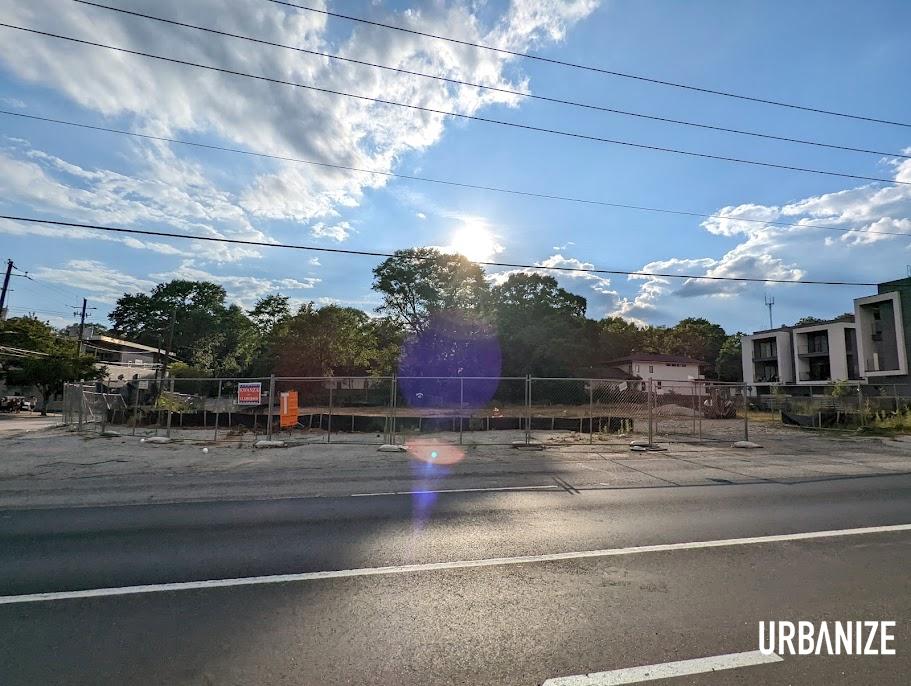 The townhome project marks another notable investment near the intersection. It neighbors the modern-style, six-townhome project by the Xmetrical firm called The Ormewood, located just to the north. And across Moreland Avenue, the 1960s Seville shopping center underwent a renovation in 2020 and sold in November for $2.5 million, fully leased with tenants that include Japanese restaurant Ok Yaki.

According to planning documents filed with the city last year, an LLC called 1160 Ormewood Ave., which included members of Monte Hewett Homes and Novare Group, planned to build each of the 22 townhomes as three-bedroom units.

Property records, however, indicate the .9-acre site sold for $1.35 million in January. Inquiries with Monte Hewett about the project’s status haven’t been returned.

An example of townhome facades planned along Moreland Avenue, according to filings made with the city last year. 1160 Ormewood LLC, City of Atlanta Planning Department; 2021 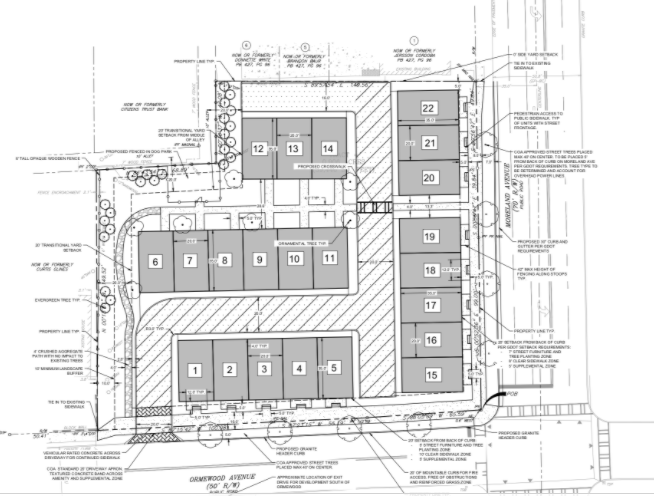 It’s not the first time developers have envisioned more active uses for the corner property.

In 2017, developers Third & Urban announced plans at the site for a “micro” mixed-use node called The Elway. It was expected to deliver in late 2018, but The Elway never broke ground.