The overhaul of an East Atlanta retail strip that developers predicted would be environmentally responsible, functional, and stylish appears to have paid off.

Built in 1965, The Seville shopping center at 714 Moreland Avenue SE underwent a gut-renovation totaling almost $1 million in 2020. It’s located about five blocks south of East Atlanta Village, next to the former auto garage that is Hodgepodge Coffeehouse’s original location.

According to sellers Adams Commercial Real Estate, The Seville briefly came to market last year and received a flurry of offers, eventually selling in November for $2,525,000. The buyer isn’t being named.

The 7,000-square-foot property, which was marketed as being “historic,” is fully leased. Tenants include Japanese restaurant Ok Yaki in a modernized corner space with a side patio, Boho Gal Jewelry, and Medly Pharmacy. 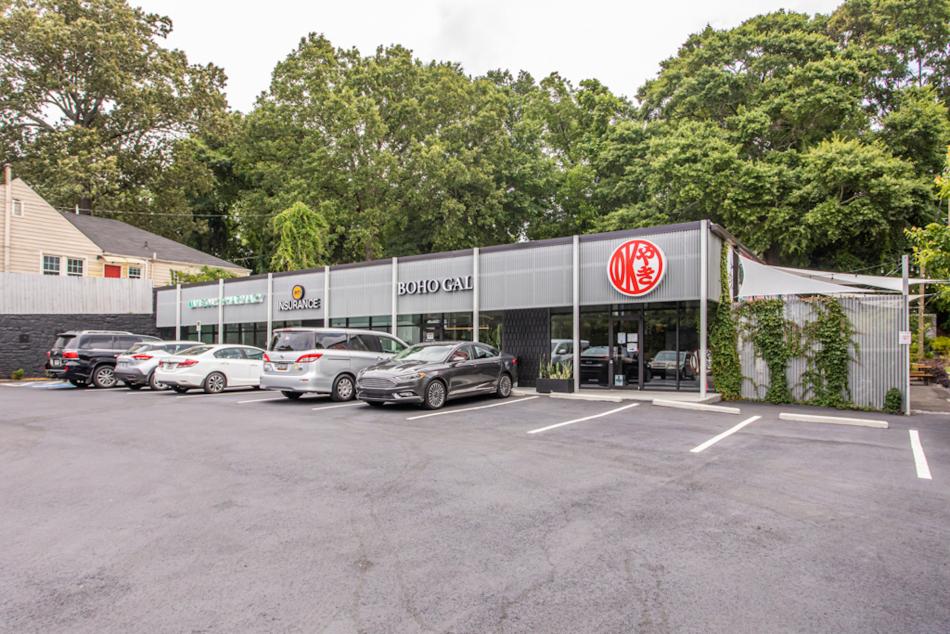 Clark Property R+D acquired the strip center in 2018, and principal Jesse Clark announced a renovation early the following year that would embrace the building’s original midcentury-modern facets while adding a fresh façade, he said.

The property renovation, as designed by Local Architects, was conducted through a joint venture with King Commercial Properties and RAD Group (cofounders of Octane Coffee), with the two latter firms managing leasing. The team also included CORE Landscape architects and Gibson Construction.

Have a gander at the full scope of The Seville’s renovations in the above gallery.