How does one make an Atlanta home unassuming despite a strikingly modern exterior and interior volumes spanning 6,000 square feet?

Designing it as a single-story residence and tucking it off the road on a relatively flat 3/4th-acre among mondo Buckhead ranches is a pretty good place to start.

Located near Phipps Plaza in North Buckhead, between Chastain Park and Brookhaven, the Ivy Residence by West Architecture Studio is a highlight among modern dwellings that have recently sprung up around the metro and North Georgia.

It’s also a standout property on this year’s MA! Architecture Tour, part of an architectural showcase the Atlanta Design Festival has been organizing since 2007. 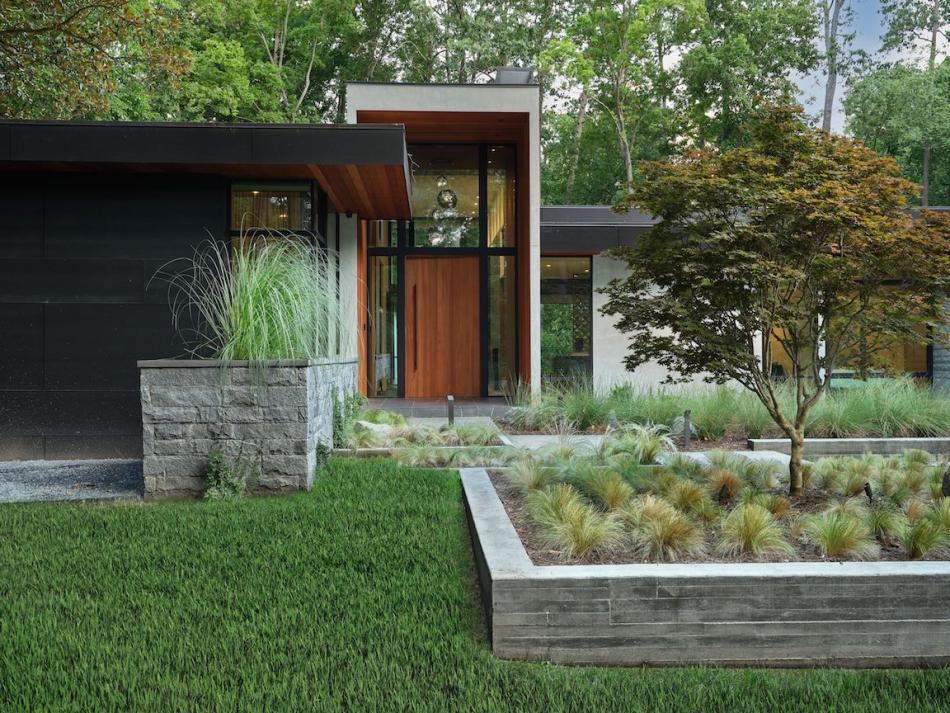 One of the Ivy Residence homeowners is a hotel developer who tasked architect Scott West with creating a non-boxy modern home influenced by natural design (think: pocket gardens, abundant wood, and landscaping blurring interiors with the outdoors) reflected in hotels he’d seen across the globe. Another request was to make it all one story. Atop a versatile, multi-car garage large enough to basically double as a roller-skating rink.

The result is a four-bedroom, four-and-½-bathroom dwelling with a large footprint that didn’t consume so much of the lot to prohibit a functional backyard with a pool and gardens. As for the Ferrari-ready garage, the solution was to create a hidden “bat cave” beneath the main structure, accessed via a long swooping driveway, according to the MA! Architecture Tours’ description. Maybe it’s not Bruce Wayne-grade, but it’s sure to impress guests.

The West Architecture Studio house, as constructed by builder Ryan Locke of Principle Builders, is one of a dozen projects to be featured on the Atlanta tour this year, beginning from 10 a.m. to 4 p.m. Saturday. Single tickets are $45. Most tours are self-guided.

Swing up to the gallery for a preview of what’s likely to be a crowd favorite.